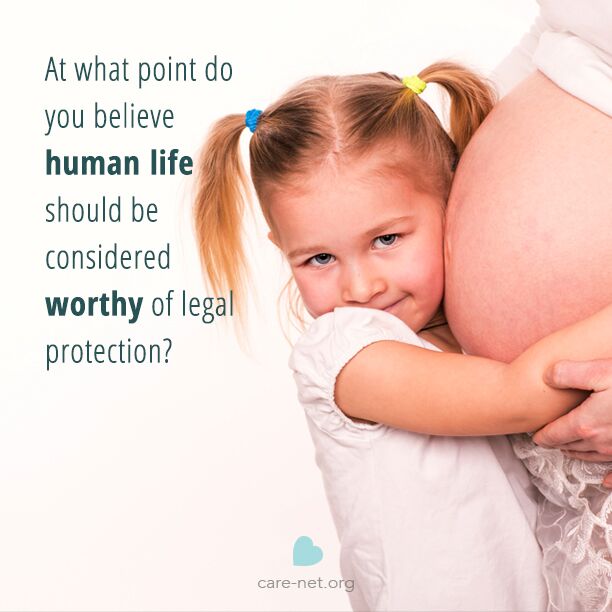 Pro-choice activists portray themselves as bastions of knowledge and science. They say they merely seek to enlighten others with scientific knowledge. Armed with their own statistics, they say that abortion is safe, rare, even noble. The child within a mother is a mere clump of cells, so abortion does nothing more than terminate a pregnancy and free a woman from motherhood. Political framing tends to favor the cause of pro-choice activists, while reason and science oppose abortion. Pro-life activists have to answer the hard questions, but it's time that pro-choice activists had to do the same. The facts support life, not abortion.

1. Science is clear human life begins at conception. While you may consider the debate over personhood a philosophical question “above your pay grade,” I will simply ask: At what point do you believe human life should be considered worthy of legal protections?

2. To get into specific policies, currently, six states allow minors to get an abortion without their parents’ consent or knowledge. Do you support regulations that would require all abortion clinics inform the child’s parents before an abortion?

3. Currently, only seven nations, including China, North Korea, Vietnam and the United States, allow elective abortions after 20 weeks of pregnancy. Do you support federal legislation that would place our country more in line with the majority of Europe’s abortion laws?

4. Do you believe a child should be protected immediately after it is born, even if it is premature and requires constant care? If so, why would you say it deserves more protection than a more fully developed child that happens to still be in the womb? Is location that important to you when determining whether human life has value or not?

5. Federal laws protect bald eagles, sea turtles and other animals while they are still inside eggs. Do you agree with those laws? If so, why do you feel those animal embryos are worth protecting, but not human life in the womb?

6. Should expectant parents be allowed to abort the human life because they discover it may have a physical or mental handicap? How is this different from historic eugenics efforts, which sought to eliminate “undesirable elements” from the human race? Similarly, should parents have the right to discriminate against females and abort a girl if they prefer a baby boy?

7. Recently, our nation had a conversation about how modern society should recognize racist individuals in our past. How should Planned Parenthood treat their founder Margaret Sanger, who made some truly shocking statements about African-Americans and immigrants? Should they continue to call their highest honor the Margaret Sanger Award, in light of her established racism?

8. As a pro-choice activist, you, along with Planned Parenthood, have fought against abortion restrictions. Planned Parenthood claims abortions only amount to 3% of their services provided and only 10% of its clients get an abortion. If that is the case, why then are abortion restrictions so detrimental to their business? Why do they shut down clinics based solely on state restrictions on abortions? Could they not remain open and continue to provide the other 97% of their services?

9. Cecile Richards, the president of Planned Parenthood, said some of the comments made by Planned Parenthood executive Deborah Nucatola on a recently released hidden video were wrong. Have you seen the video and did you think anything Nucatola said was wrong?

10. In the video, Nucatola said abortion clinics would like to do “a little better than break even” when donating the organs of aborted fetuses. In the second video, Mary Gatter, another Planned Parenthood executive, claims her discussion with a buyer is a “negotiation.” Does that not sound more like profiting than donating? Do you support federal investigations into the practices of Planned Parenthood and other abortion providers to determine if they are indeed making a profit off the selling of fetal organs?