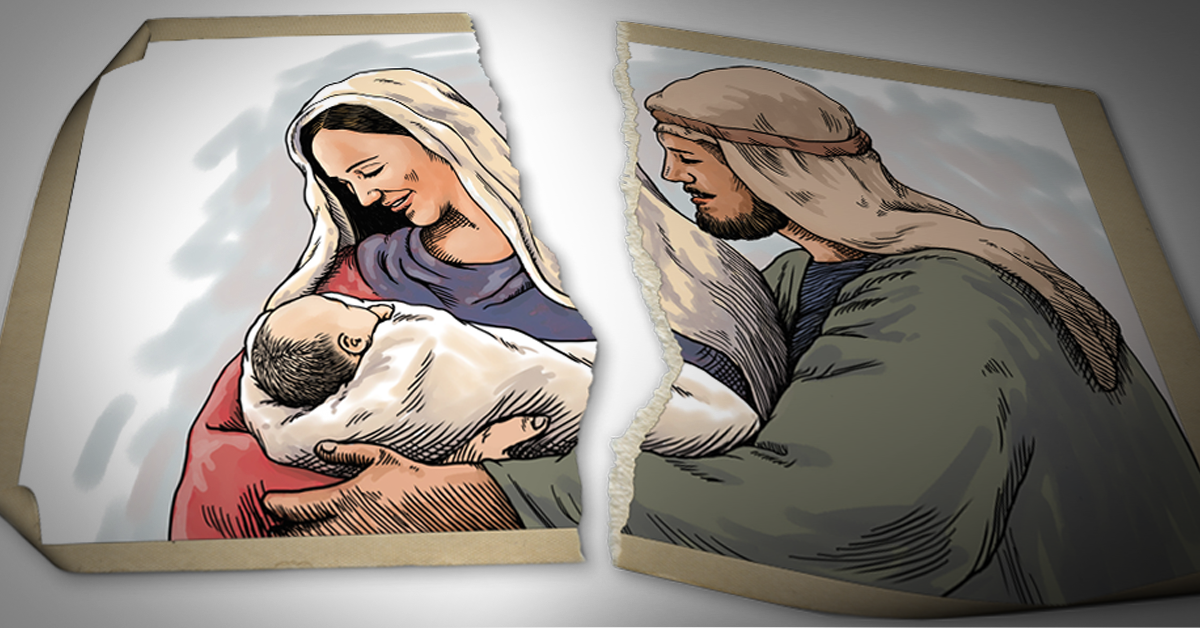 God’s Son needed a “Joseph” in His life for the same reason boys and girls need one in theirs.

Last December, one of my colleagues, wrote a fascinating blog post titled, “Christmas without Joseph.” In the piece, Ardee highlights the critical role Joseph played in the birth of Jesus. Indeed, this post is an important one to read, especially since Joseph often gets overlooked in the Christmas narrative.

I was reminded that there was another key Joseph—that is, Joseph Arimathea—who played an important role too. But, in this case, it was at Jesus’s death. (So, it’s thought provoking to ponder “Easter without Joseph” as well.) In any case, consider the two striking similarities between these two remarkable Josephs below:

Both Josephs took risks to protect the vulnerable

One of the most difficult things for any man to do is to risk his reputation and subject himself to shame and criticism. But, both Josephs did this. For example, no doubt, Jesus’s earth father was truly between “a rock and a hard” place when Mary gave him the fantastical news of her pregnancy. You see, in the view of many, the right, and maybe the honorable, action for Joseph to take was to stone her or to leave her. But, Joseph did neither. He listened to angel’s instruction and he chose to be a husband to the vulnerable Mary and a father to the vulnerable Jesus in her womb.

Likewise, Joseph of Arimathea, who was a member of the esteemed Sanhedrin leadership council that condemned Jesus to death, faced a similarly difficult dilemma. Certainly, many of his peers thought that leaving Jesus’s body to rot on the scornful cross was the right thing to do. But, this Joseph had the courage of the rightness of his conviction. Indeed, it took courage for him to go to Pontius Pilate and get permission to take possession of Jesus’ body to bury him. Again, this was at a point when Jesus, like at his birth, was the most vulnerable in his humanity.

Both Josephs adopted one who was considered “illegitimate”

Certainly, in ancient traditional Jewish communities, one of them most troubling cultural “stains” to mark anyone was the illegitimacy of being conceived and born outside the marriage covenant. So, it was especially significant that Joseph, Jesus’s father, adopted him just like a biological son. Indeed, it’s not surprising that Jesus became a carpenter, just like his earthly father. And, it’s noteworthy that Joseph of Arimathea acted in a similar fashion as Jesus’s father.

You see, when a person died by crucifixion, if no family member claimed that body, it was as if the person was illegitimate at birth. So, the authorities usually disposed of the unclaimed body outside of the city walls, where wild dogs and other scavengers would likely eat it. But, this was not so with Jesus. Joseph of Arimathea essentially adopted Jesus into his family because he claimed his body and buried him in a tomb that was reserved for his family. Interestingly, Jesus’s resurrection from this tomb is the pinnacle of the Easter story.

These two Josephs’s example must inspire us to take action daily. Why? Because there are still countless vulnerable little ones in the womb that need our protection from the risk of abortion and to enable these children to have abundant life after birth. And, there are still those who consider Jesus’s birth and death to be “illegitimate” and, therefore, they have not accepted and received the saving grace these two miracles made available to them.

So with the compassion, courage and conviction modeled by these two remarkable Josephs, we must continue the inspired life saving and life changing work we are called to do, just like they did. Amen.