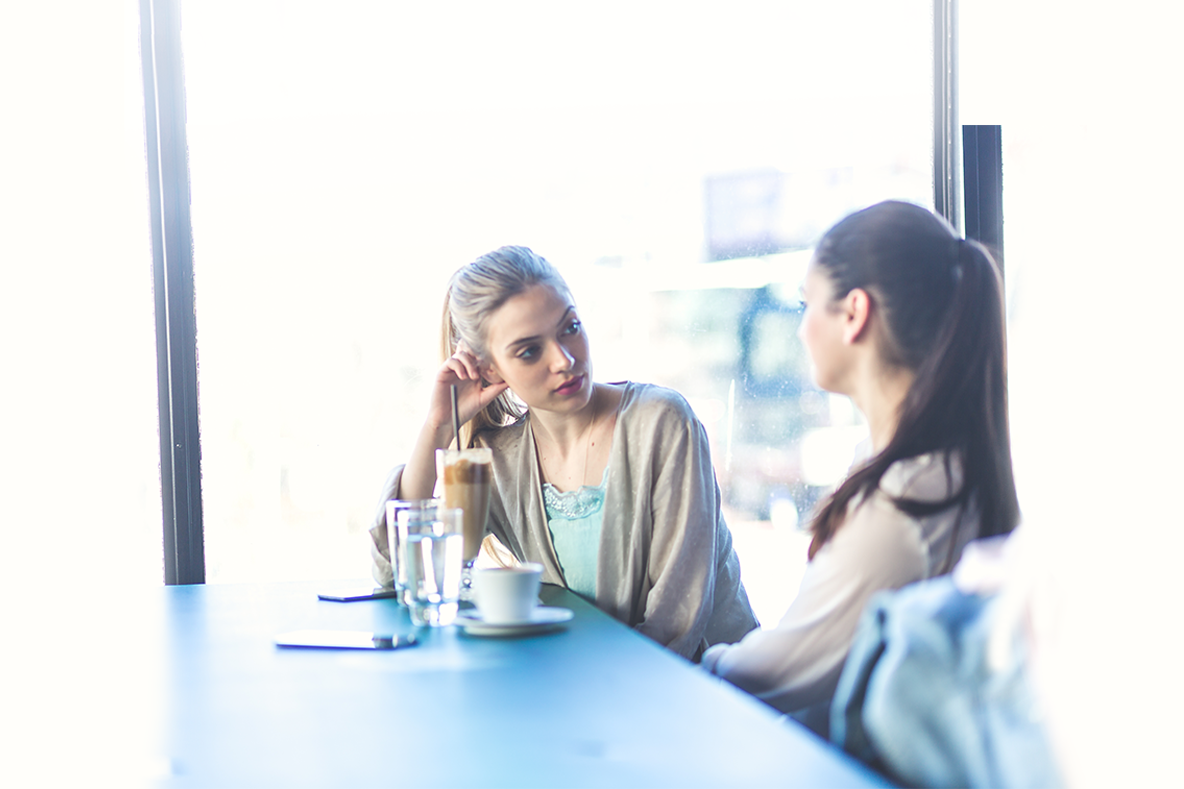 A Tale of Two Women

Not All Abortion Stories End the Same.

Two women facing unplanned pregnancies. Two unborn lives hanging in the balance of their decisions. One chance to offer compassion, hope, and help before it was too late.

Every day, women and men facing unplanned or unexpectedly complicated pregnancies call our Pregnancy Decision Line (PDL) to speak with a trained coach about their pregnancy options. For many of these callers, the voice they hear is the first one to offer them a compassionate response to their situation. Alicia and Belinda were both in need of such a response.

Sadly, only one would learn about PDL in time.

When Belinda found out she was pregnant, she made what she thought was the best choice. A devastating choice. She terminated her pregnancy.

About a year after that, Belinda called PDL. She explained that she was struggling in the relationship with her boyfriend and wanted to know what help PDL could offer. When the coach explained that PDL provides information about pregnancy options, abortion, and carrying the child to term, she began to sob. She lamented through her tears, “I wish I would have known about you before I had my abortion.”

The coach explained that she didn’t need to carry her abortion regret alone and referred her to her local Care Net pregnancy center to receive post-abortion help and relationship advice.

When she had an abortion, Alicia promised herself that she never would have another.

When she found out she was pregnant again, Alicia’s boyfriend and mother encouraged her to keep the baby. However, a close family member was telling her that a baby was the last thing she needed. Despite her promise to herself, her relative’s advice was prevailing. Alicia was beginning to think that abortion really was the right choice. But when she saw the number for PDL, Alicia decided to call to learn more about her options.

And her story—and that of her baby—was changed because of it.

While Alicia’s relative was reminding her of all that was against her, the PDL coach helped her see all she had in her favor. The coach was the voice of encouragement and empowerment that Alicia desperately needed to hear. Grateful to have someone else on her side, Alicia changed her mind.

Because of your support of PDL, Alicia decided to keep her baby.

You saved the life of Alicia’s unborn baby and saved Alicia from the devastating consequences of a second abortion through your partnership with Care Net.

Every day, many women and men desperately need of a life-affirming influence on their pregnancy decisions. And half of women getting abortions every day have had at least one abortion already.

It’s therefore critical for us to minister to these women and break the spiritual and emotional chains that keep them tied to abortion, and continue reaching out to women and men who think that abortion is their only option.

Our culture, the media, and often their own families speak death rather than life into their situation. Thanks to your financial support, Alicia received the influence she needed to choose life. Unfortunately, for every “Alicia” that reaches PDL there are so many like Belinda who desperately want help, but don’t know PDL exists. Help us reach more women and men vulnerable to abortion before it is too late!