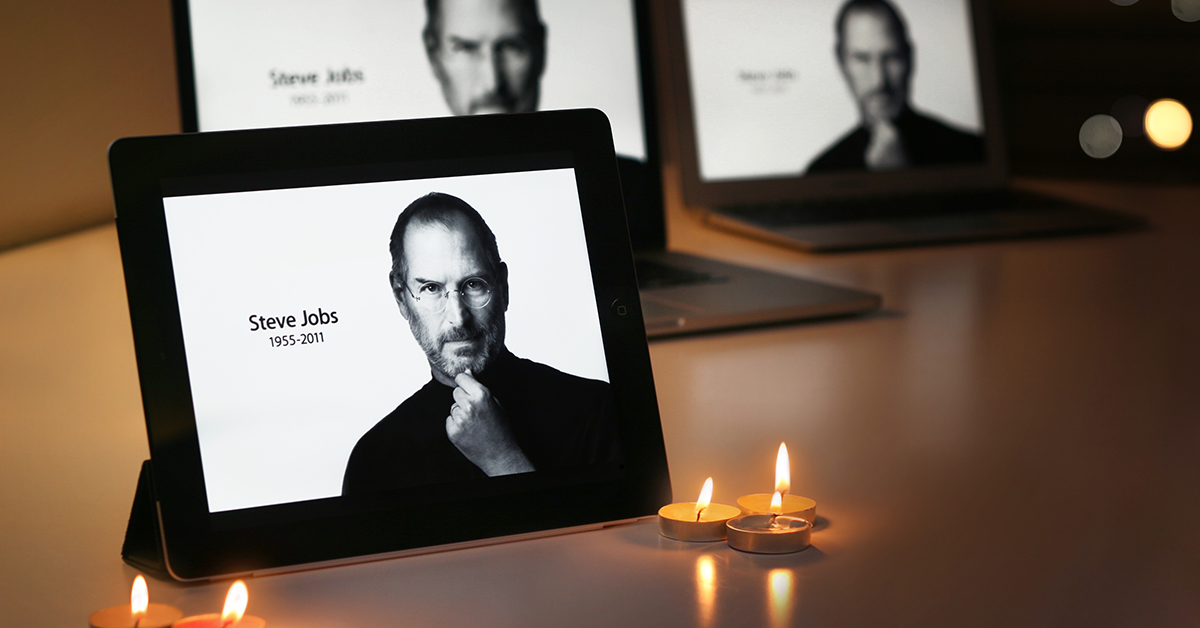 “I wanted my kids to know me,” he said. “I wasn’t always there for them, and I wanted them to know why and to understand what I did.” 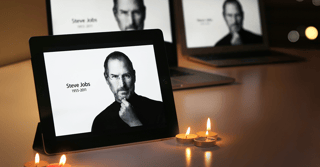 Recently, I had the pleasure to do a fatherhood workshop at a men’s conference. The session was called, How to be a Good Father: 6 Things Good Fathers Do and it was based on my book, Bad Dads of the Bible: 8 Mistakes Good Dads Can Avoid. In any case, a key aspect of my remarks was focused on a father leaving a good legacy and I was reminded of the below article I wrote about Apple Computer Founder, who Steve Jobs died a few years ago. It’s a sobering reminder and challenge for every dad.

Steve Jobs and his search for the iDad

Some years ago, I was on an episode of The Oprah Winfrey Show called “The Secret Thoughts of Fathers.” The show featured 10 dads, most of whom had wives that were concerned about their fathering. In typical Oprah fashion, camera crews were sent to these fathers’ homes to observe the family dynamics.

As we watched the video segments at the beginning of the show, there was one father who stood out from the rest because his family was in a real crisis. His wife was clearly frustrated with his lack of engagement with the family and his young son, who clearly idolized his dad, was hurting badly from his dad’s rejection. It was evident that this dad’s passion was elsewhere.

When the video clip ended, Oprah turned to me and said, “So, Roland, what do you have to say to this father?” Well, this was live TV and I was on the spot. But, fortunately, God gave me right words and I said, “Your son doesn’t want to know about you. He wants to know you.” Before I could say more, Oprah repeated what I said, and then said, “That’s good. I’m going to be quoting you on that one.” The father nodded in agreement.

He had a moment of clarity.

I was reminded of that moment when I read the below excerpt from a soon-to-be released book titled, “Steve Jobs” by Walter Isaacson.

“A few weeks ago, I visited Jobs for the last time in his Palo Alto, Calif., home. We talked about his childhood, and he gave me some pictures of his father and family to use in my biography. As a writer, I was used to being detached, but I was hit by a wave of sadness as I tried to say goodbye. In order to mask my emotion, I asked the one question that was still puzzling me: Why had he been so eager, during close to 50 interviews and conversations over the course of two years, to open up so much for a book when he was usually so private? “I wanted my kids to know me,” he said. “I wasn’t always there for them, and I wanted them to know why and to understand what I did.”

As I read these words, I was stuck by the irony of two things. First, I am typing these words on a MacBook Pro, which I love and it’s next to my iPad, which I love even more. Second, and sadly, it is clear that Jobs, who poured his heart, soul, and passion into these and other wonderful devices, regretted his failure to bring to “market” something of more importance–the “iDad.” Alas, there is a common saying that people close to death generally do not wish that they had spent more time at the office. What matters most at that crucial time is not what you were working on, but rather for whom you were working. Steve Jobs, exceptional in many ways, was no exception to this truism.

Now, I don’t say these things to be disrespectful towards a dad who has died, but rather, as a warning for the dads who are still here. As fathers, we are all susceptible to creating false dichotomies when it comes to balancing work and family. For example, there are some who would assert that in order for Jobs to become a transformational business leader, he had to sacrifice his children at the altar of success. So, Jobs could not be a legendary innovator and an involved father. That’s just the way it is, they would say.

But ironically, Jobs’ life and management style did nothing if not dispel the notion of false dichotomies. He was raised by working class parents, dropped out of college, and went on to become a master of complex technologies. In fact, he challenged Apple’s engineers to develop a phone that both a 50-year-old businessman and a 14-year-old girl would covet. And, he topped this feat by tasking them to develop a laptop that was as powerful as the best on the market, yet as light as air.

Indeed, Jobs was never an “either/or” kind of guy. He was a “both/and” man who thrived on making the seemingly impossible possible. Yet, the excerpt above suggests that he may not have brought this characteristic to his role as a father. And in the end, he hoped to make things right with his children. However, like the father on the Oprah Show, his children didn’t want to know about him. They wanted to know him. And despite all of our wonderful technology, knowing someone is less high tech and more “high touch.”

That said, several years after I did the Oprah Show, a woman approached me after I finished a speech. She looked me straight in eyes and said, “You don’t remember me, do you?” And, I had to admit I didn’t. Well, it turns out that she was the wife of the man on the Oprah Show whose family was in crisis. She told me that the show was a turning point for her husband. In fact, he changed almost immediately and became an incredibly engaged father. You see, he had discovered his “iDad.”