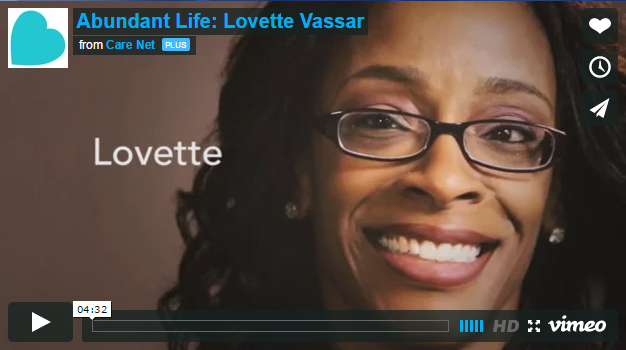 "They sent me to an abortion recovery program, which was amazing. I was hesitant and I was angry, but at the end I received God's healing and His grace."


When Lovette told her mother she was pregnant, her mother dragged her to an abortion clinic despite protests and tears. A few months later, Lovette was again pregnant, and though she cried, she followed the routine and returned to the abortion clinic. Watch this video to hear how she found healing and restoration after these abortions, now using her story to minister to women in similar situations.


Lovette Vassar is now a retreat coordinator at Rachel's Vineyard, a retreat for women to heal from abortions, and is the volunteer leader for Hope Pregnancy Centers.