In a viral article, the pro-choice movement comes out of the closet about the need for women to avoid information and the consideration of choices when having abortions.

The article is entitled “20 Tips for Your First Abortion” (warning: foul language is used throughout the article) and serves as a radical departure from the days of “safe, legal, and rare” when abortion was publicly discussed as a necessary evil.

While supporters of abortion claim to be “pro-choice,” it appears many of them are only interested in one choice. And as this article makes clear, pro-abortion activists’ don’t care what kind of emotional toll this choice will take on women.

The first tip in the article makes it clear that an abortion is the only possible response to an unplanned pregnancy. Instead of being encouraged to research and understand all options and to make an informed choice, women are warned against receiving information.

"Google is your best friend and worst enemy. Avoid any website that uses the word “life.” They will not help you. Also avoid all images. All of them."

In one tip, women are encouraged to “Read medical articles. Know your options.” However, it is clear they are referring to the different types of abortions as “options” and the comment is immediately followed by a remark that implies that researching options is tricky and overwhelming.

I’m unaware of anyone who would consider “too much information” when evaluating a graduate school a bad thing, but the author paints the reader into a tough corner. Read too much or too little, and you will drown, so why research at all?

Even modern medical technology is denigrated. "Technology that tells you exactly how far along you are now exists. And it is terrible." This falls right in line with the outrage from NARAL when a Super Bowl ad used an ultrasound in a humorous fashion. For a movement positioned as a supporter of choices and of science, the fear of modern scientific understanding is puzzling.

The author even goes so far as to suggest that showing a pregnant woman her ultrasound is the act of a monster, while not showing it is humane.

“If you say nothing, you will see nothing during the ultrasound. The nurses are humans, not monsters, just like you.”

In a move that is relatively rare for the pro-choice side, the cost of abortion is considered. But the presentation of this information reveals the loveless, sterile, utilitarian world in which abortion thrives.

While the article tries to portray abortion as a simple utilitarian medical procedure, the author still wants women to follow through with their abortions. To that end, the writer can’t deny the emotional toll caused by abortion. Many of the steps involve keeping women in a delirious, drunken state, and helping them cope afterwards.

While the author works hard to portray abortion as a normal medical procedure, she can’t escape the recognition among women that it is something more.

“Make the appointment. Don’t be offended that the person on the phone doesn’t give a <expletive>. Take the nonchalance as a sign that it is no big deal. It could be a teeth cleaning. A very deep teeth cleaning.” 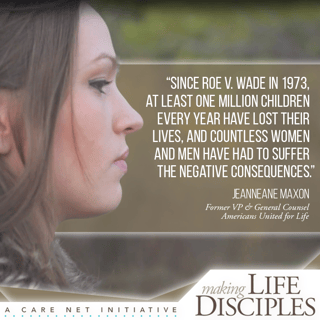 If it merely were a very deep teeth cleaning, there would be no thought that a scheduler should treat it as something more than scheduling a doctor’s visit.

What other routine medical procedure requires someone to stay busy and drink heavily to follow through with having the appointment? If women are supposed to be informed and empowered before making major decisions, how does being busy and drunk accomplish this?

The final step gives the answer.

“Go home. Relax. Eat a big meal. Process your emotions. Take a shower. Talk with your friends. Cry with your friends. Make inappropriate jokes about how you were “killin’ it” today and laugh with your friends. Eat a pound of chocolate. Listen to some Bon Iver. Take aspirin. Listen to some ABBA. Dance with Miss Poke. Watch a movie. Take your antibiotics. Buy a new dress off Zappos. Use a heating pad. Call your mom. Reread a book from your teenage years. Do whatever you want. Maybe make a list of all the things you learned.”

The final piece of advice for women (many of them either juvenile or irresponsible) is a series of coping mechanisms  for handling intense stress. These are not things women do after a normal medical procedure. These are coping mechanisms for dealing with the emotions caused by intense personal trauma. And notice the father of the aborted baby is not mentioned at all.

Even in a humorous, blunt article to “help” women have abortions, the personal toll is impossible to ignore.

Empowering women begins with making options and information available to women, not talking women into cutting themselves off.

Through it’s network of pregnancy centers and Pregnancy Decision Line, Care Net seeks to provide this information to women so they can make a truly informed choice.

If you or someone you know has had an abortion, there are scars that result, just like any other traumatic situation would cause. True healing is also important for those who have had an abortion.

While the abortion movement needs to cut women off from information and choices, those provide compassion, hope, and help have no need for such deceptive tactics. Here you will get honesty and support from people who truly care about your well being.