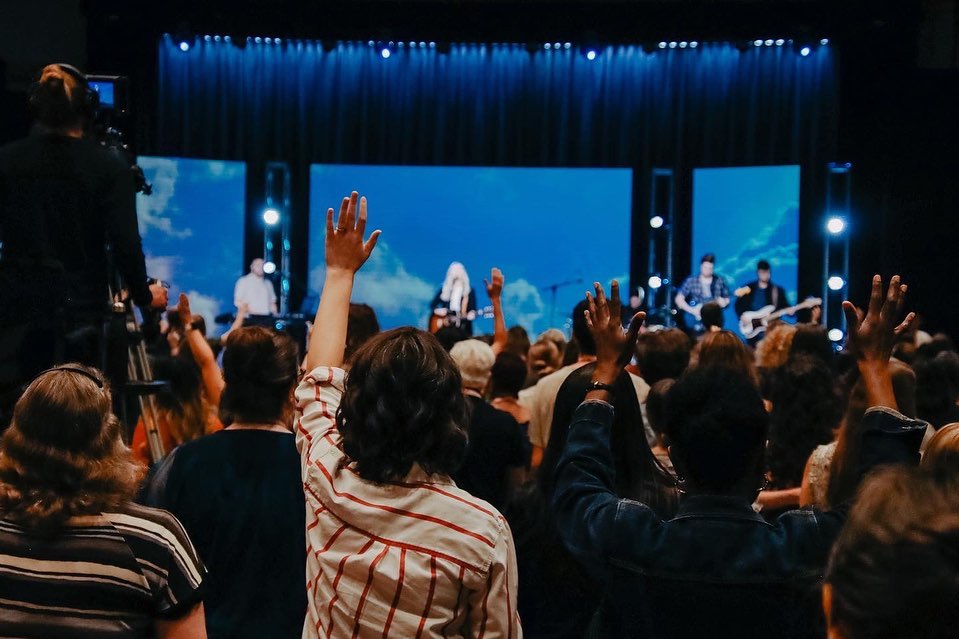 This is a special episode of CareCast with Roland Warren, Care Net’s president and CEO, and Vincent DiCaro, Care Net’s Chief Outreach Officer. This episode of CareCast was recorded live at the Care Net National Conference 2022 in Phoenix, Arizona. The conference’s theme was "Come Alive," based on Ezekiel 37. It was our first ever conference to be hosted in the aftermath of the Dobbs Decision, which overturned Roe v. Wade.

More than 1,600 pregnancy center staff and volunteers gathered to sharpen their skills for reaching out with Christ’s compassion to women and men considering abortion. Whether you attended this year's conference or not, listen to learn more about the conference and gain actionable insights into how you can help pregnancy centers and churches become equipped to make life disciples.

Not on SoundCloud? Listen on iTunes or Spotify.

What follows is a modified transcript of this special CareCast episode, hosted by Vince DiCaro, from Care Net's National Conference in Phoenix, AZ

Vince DiCaro (VD): We’re recording live from the Care Net National Conference 2022 in Phoenix, AZ for our pregnancy center network. We have 1,200 affiliated pregnancy centers around the country. They come out for training, encouragement, prayer, and resources—all the things that they need in order to do their jobs more effectively—to serve women and men facing pregnancy decisions.

Over the years we've also begun serving churches and equipping churches at this conference—to have our pregnancy centers working alongside their local church partners. So, 1,600 folks have turned out this year for our annual conference. We are here, right in the middle of the exhibit area. Roland Warren, president of Care Net, after having just delivered his opening keynote address of the conference, shared an encouraging word for attendees at this first Care Net conference in a post-roe America.

Roland Warren (RW): Thank you. Yes, in this keynote, I talked a lot about the environment we're in now and how even the mainstream media has had to cover the attacks on pregnancy centers and attacks on pro-life organizations. Even here at the conference, we've had to step up security, which we’ve never really had to do before. So, we really wanted folks to be encouraged to continue to press on in the midst of rejection, persecution, attacks, and all the things that the enemy tries to throw at us to stop us from moving forward and doing what God called us to do.

So, I focused on the beatitudes, Matthew chapter 5, and particularly on the encouragement that those beatitudes are for us—our character and how godly character actually informs the calling that we have. If you continue to read the beatitudes in the next section, Christ talks about us being the salt of the earth and the light of the world. When you think about the folks attending this conference—doing this work—that's what you have—you have people who are the salt of the earth.

One of the things that salt does is it purifies something. It stops decay. We have a decaying culture of abortion—a culture of death—and what folks here do as they press in deeply in those situations where women and men are faced with pregnancy decisions—to help them bring new life into the world. There's also the light of the world and illuminating the truth of the gospel in its power to transform. The truth is that there can be a new life and a different life. The truth is that having an unplanned pregnancy may be a different dream than you may have prior to that—but it still can be a God-honoring dream for so many people who face an unplanned pregnancy. So, I tried to focus there and leave them encouraged in the midst of the work we do.

VD: This year, at the conference, this is the first we've ever done where Roe V Wade was not the “law of the land” and so our pregnancy centers have become, in some ways, busier than ever—and that's one of the things that we've talked about over the years, which is that the goal of the pro-life movement should not necessarily be overturning Roe V Wade—it should be one of the tactics that we use to achieve what we need to do. But we've said when Roe V Wade gets overturned, that's going to make the work of pregnancy centers even more important—more urgent. I've already talked to several folks in the day and a half that we've been here that have told me there's a sense of urgency and desperation in their clients that they've never seen before. That's as a direct result of Roe V Wade being overturned.

Now, obviously, Roe V Wade needed to be overturned and it's good that it was overturned, but that makes the work of pregnancy centers even more important. Clients are now in a situation where they are walking into their door saying, “What the heck do I do now? Where do I go for help? Who's going to help me? I can't get an abortion. What do I do?” That's why we're here, helping our centers deal with all of that.

RW: We've got a big focus on that. I'm looking at the Making Life Disciples. I see it. It's right there in front—strategically positioned—and that's a key thing because the pregnancy centers have an important role from conception to birth and maybe a little bit further. But the church is so critical because we need to be able to move clients from the pregnancy centers to the church for ongoing support and discipleship. That's really what Making Life Disciples is about.

So, for those of you who are listening, if you've never checked out Making Life Disciples, I encourage you to go to makinglifedisciples.com to learn about this important ministry model. It’s designed to mobilize small groups in the church to come alongside those who are facing pregnancy decisions and offer them compassion, hope, help, and discipleship. We need small groups to help those clients.

I heard a fantastic analogy from one of our center services specialists, Monica Henderson. We were in a meeting talking to a pastor about Making Life Disciples and one of the points she made was, that churches will raise money, thousands of dollars, to send a short-term missions team to some country. But they would never send that team without doing cross-cultural training. That’s powerful because when you think about it, Making Life Disciples is actually cross-cultural training.

From a ministry perspective, Making Life Disciples is cross-cultural training. The mission field is a woman and a man facing a pregnancy decision. They are strongly considering killing their child. They are in a foreign land, so to speak. We need small groups in churches to be able to do what the pregnancy centers already understand. They've gone native. They understand because they're talking to folks and fixing pieces. They understand this. But you and I who are in a church, we have not. So, you really need Making Life Disciples more and more. I encourage those listening to check out makinglifedisciples.com, organize a team in your church, and then contact your local pregnancy centers to come alongside folks. Then, create the ministry in your church so that if someone’s facing a pregnancy decision, they never look at Planned Parenthood as a compassionate alternative to you.

VD: Absolutely. That's a great way to wrap up what Making Life Disciples is all about. So, real quick, Roland. Let's talk about some of the folks who are going to be speaking at the conference. We have Sheila Walsh, author, bible teacher, and television host.

RW: I had the opportunity to talk to her before the conference. She's going to be great.

Allie Beth Stuckey is an author and speaker and host of the podcast Relatable. She has done a lot of great work in her career.

Jennifer Maggio is another author and speaker who's gone through an amazing life journey to get where she is. She runs a ministry called The Life of a Single Mom Ministries and her focus is on helping single moms. She helps churches put a ministry in the church specifically designed to help single moms.

Lastly, we’re closing out the event with a musical guest. The founder of the Christian rock band Third Day, Mac Powell will perform for us.

VD: We have an amazing conference in store for folks. As you said, folks are facing so much—the attacks and discouragement from our culture—but they've turned out in record numbers to be encouraged and get trained. It's going to be a great week. We’re excited about it. So we'll be doing some additional podcasts in the coming weeks. We’ll be one-on-one with a few of our keynote speakers so folks will get to hear a little bit more about them.

Even though you might not have attended the conference, you’ll get to hear from our keynote speakers. We're looking forward to that. Thank you, Roland, and the folks who are listening or reading. Please continue to pray for us. Pray for our pregnancy center network. Pray for churches. As Sol (referenced in the podcast audio) would say, “God’s got this.”

Not on SoundCloud? Listen on iTunes or Spotify.