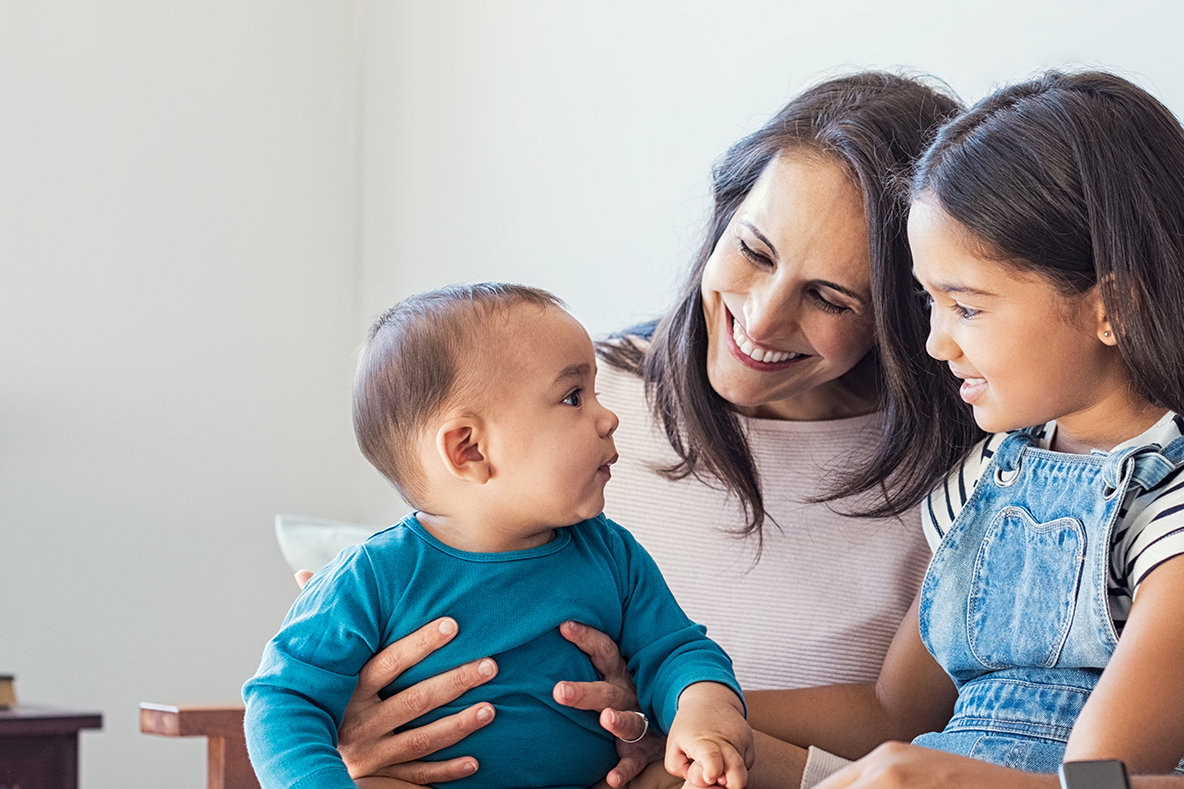 Cici had a problem. She was pregnant and unmarried. While it can be easy to imagine the shame that comes with unwed pregnancy, Cici did not need to imagine it. She had already experienced it. This was not her first unwed pregnancy.

Cici could still remember the whispers, the sideways glances, the way her expanding stomach invited the judgment of friends and family. She had convinced herself that she couldn’t do it again. This time, she would have an abortion and no one would know that she’d made the same mistake.

This time would be different.

When Cici called Care Net’s Pregnancy Decision Line, she only wanted to learn more about her abortion options. The compassionate coach who answered the phone gently asked a few questions to learn more about the young mother’s situation and then patiently listened as Cici explained about the steep pay cut she was facing the following month and her fears about being able to afford another child. After they’d been talking for a while... Cici confessed that she was furious at herself for getting pregnant again. The coach, equipped with the training you helped to provide, began redirecting Cici’s attention from how she was feeling to what she knew.

As Cici considered the coach’s questions, she realized that she was torn about what to do with her baby. Abortion seemed easier than facing the criticism that continuing the pregnancy would bring, but she also knew a baby was at stake—her baby.

With the coach’s encouragement, she decided to talk with the baby’s father about her concerns.

As Cici shared her fears with her boyfriend, his demeanor changed. He wanted her to keep their baby. He wanted to support her in her pregnancy. The more he spoke about supporting her and the baby, the more she realized that she could do this. No matter the ridicule, they would bring this baby into the world… together.

Cici no longer felt alone. For the first time since she found out that she was pregnant, Cici felt peace about the life growing within her.

Because of your invaluable support, a coach was prepared to help Cici consider the life within her and the help she might find in the baby’s father—causing her to involve him in her decision and get the support she needed to choose life.

Care Net’s research into abortion found that, by far, the single greatest influence on a woman’s pregnancy decision is the father of the baby. Unfortunately, our society tells women and men that there is no place for fathers in a pregnancy decision. Abortion is between “a woman and her doctor.” But Cici called PDL to learn more about abortion before she ever had a conversation with the baby’s father.

Furthermore, Care Net’s research found that four out of ten women were actively attending church at the time of their first abortion. Many of these women feared the shame their pregnancy would bring and aborted as a result.

What if, as soon as Cici learned she was pregnant, she’d been able to go to her church and be surrounded by believers to support her pregnancy and disciple her through it? To encourage her from the beginning to speak to the father of her unborn child? To gently lead her and her boyfriend towards marriage and family? The thought of aborting her baby may never have crossed her mind.

Through your support of Care Net, you are helping to lead a national effort to overturn Roe v Wade in the hearts of women and men through efforts like our Making Life Disciples church curriculum. We are so grateful to partner with you in the fight for life!