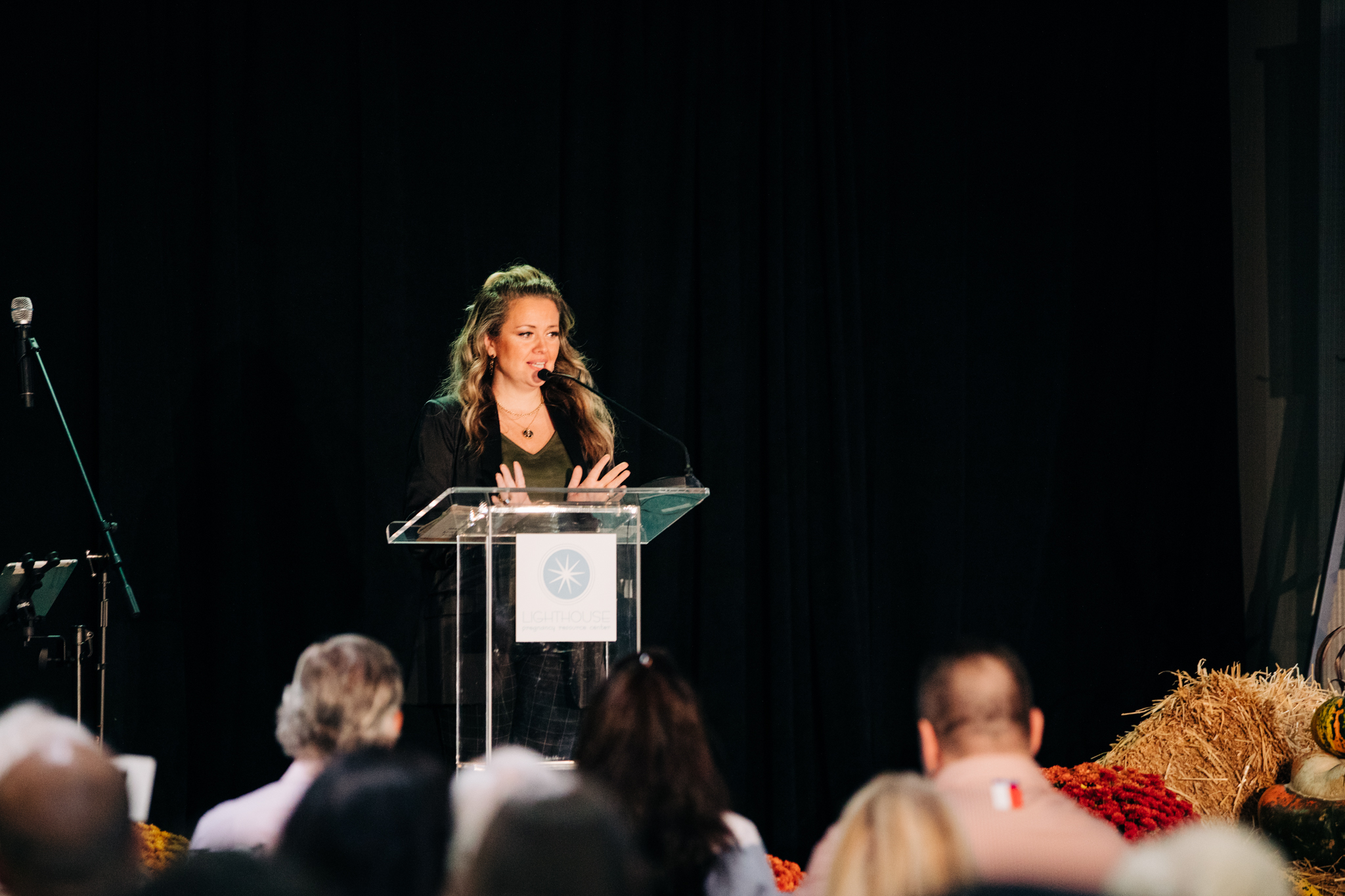 Amy Ford was faced with an unplanned pregnancy at 19-years old. Raised in a Christian family, she attended church on a regular basis, but did not see it as a place to find grace, comfort, or help. Full of fear and imagining worst-case scenarios, she and her boyfriend Ryan opted instead for an abortion.

On the day of the scheduled abortion, however, she began to hyper-ventilate when the procedure was explained to her. Because of her mental and physical state, the abortion would have to be re-scheduled− a rare occurrence. Only the abortion never was rescheduled. The young couple, together throughout high school, had a change of heart and decided to get married and raise their child. 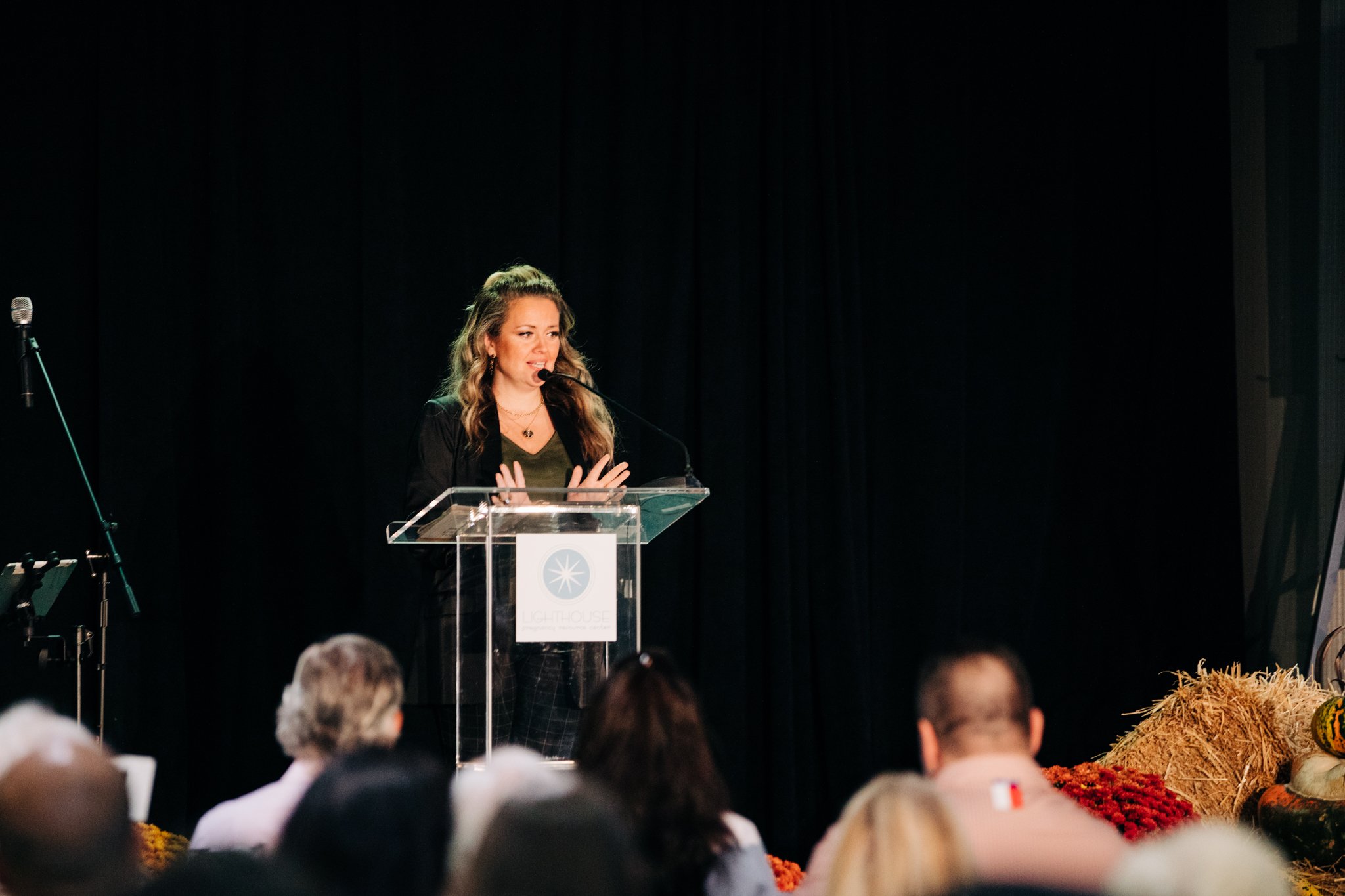 Despite the couple’s courageous and life-affirming decision, the local church again failed to provide refuge or hope. They asked a pastor to marry them, but he declined due to their out-of-wedlock pregnancy. Although they did find another member of the clergy to perform their wedding ceremony, the wounds from that initial rejection would last for years.

Later in life, Ford began to wonder why she felt like the church was the last place she wanted to go to in her greatest time of need, during a crisis pregnancy. “Why did I not feel like I could go to the church and ask for prayer, wisdom, guidance, support and counsel?” She also wondered how, despite being part of a church community, she never knew about pregnancy centers and the resources they provided.

Today, Ford is the founder and president of Embrace Grace in Hurst, Texas. The ministry, which serves as a bridge to the church for women who are experiencing unexpected pregnancies, offers practical, spiritual, and emotional support. Embrace Grace “exists to help inspire and equip the church to love and encourage single and pregnant young women and their families.” This happens as local pregnancy centers introduce women to Embrace Grace and it’s church-hosted support groups and compassionate outreach programs, which include baby showers for expectant moms. Embrace Grace is affiliated with nearly 900 churches across the United States. The ministry calls these churches “pro-love” instead of “pro-life.”

“We can talk about pro-life until we are blue in the face, but without love, we are a clanging symbol (1 Cor. 13),” Ford said. “We use the word pro-love because pro-life is a stance, but pro-love is an action. And action is what is truly going to change lives.”

Ford shares this pro-love message as she speaks at pregnancy centers and church events across the country. Recently, she was the keynote speaker at the Lighthouse Pregnancy Center “Thanks-Giving for Grace Fall Breakfast.” Lighthouse has four pregnancy centers in densely populated Northern New Jersey. In March, she spoke at Care Net’s Pro-Life “Called and Commissioned” Men’s Conference in Dallas, Texas.

At the men’s conference, she spoke about how the pro-love message mirrors Care Net’s Pro-Abundant Life mentality: “Roland Warren (Care Net CEO) always talks about being pro abundant life…We don’t want these moms and dads to just survive. We want them to thrive. We want them to have the John 10:10 and the John 3:16 life, the heavenly realm of life, the abundant life.”

Through her Embrace Grace ministry, Ford is certainly fostering a pro-love and pro-abundant life movement. She and her husband Ryan, who reside in the Dallas-Ft. Worth area, are the parents of four children. Their son Jess, 22, whose life was spared by God’s grace, is now a pro-life speaker and writer.

In her 2021 book, Help Her Be Brave: Discover Your Place in the Pro-Life Movement, Amy Ford challenges churches and believers to do their part in saving lives and changing our culture.

At the Care Net conference, Ford shared a testimony about the reconciliation that eventually happened with the pastor who refused to marry the young couple when she was first pregnant.

“He asked my husband for forgiveness and said it was the worst mistake he has made as a pastor,” recalled Ford.

A couple of years later, Amy Ford was asked to speak at that pastor’s church for a Mother’s Day service. After she spoke, the pastor asked Ford and her son Jess, who was 16 at the time, for forgiveness in front of his congregation.

“He was very open about what he had done years before. He said that he had a religious spirit, a pharisee heart,” Amy Ford said.

In an apology to Jess Ford, the pastor said, “While you were in your mother’s womb, I rejected you. Will you forgive me?”

“It was such a powerful moment,” Amy Ford said. “You could feel church wounds being lifted in the room. The fact that the pastor would humble himself in that way was so amazing. And he has his own [testimony] about grace and mercy and what God did in his heart.”

Although she did not initially experience that kind of grace and mercy when she was a young, fearful pregnant woman, Ford is hopeful that Embrace Grace and other like-minded ministries and churches can reach out with open arms to those who are experiencing an unexpected pregnancy.

“What if the church became one of the first places a girl or guy ran to when they were impacted by an unexpected pregnancy instead of the last place because of shame and guilt?” Ford asks. “What would that look like? What if we were known more for what we’re for than what we’re against?”

“What if we were known for our love to be a sanctuary, a refuge, a place where people heal, get back on their feet, to be pointed in the right direction, to find discipleship, to find a spiritual family?”