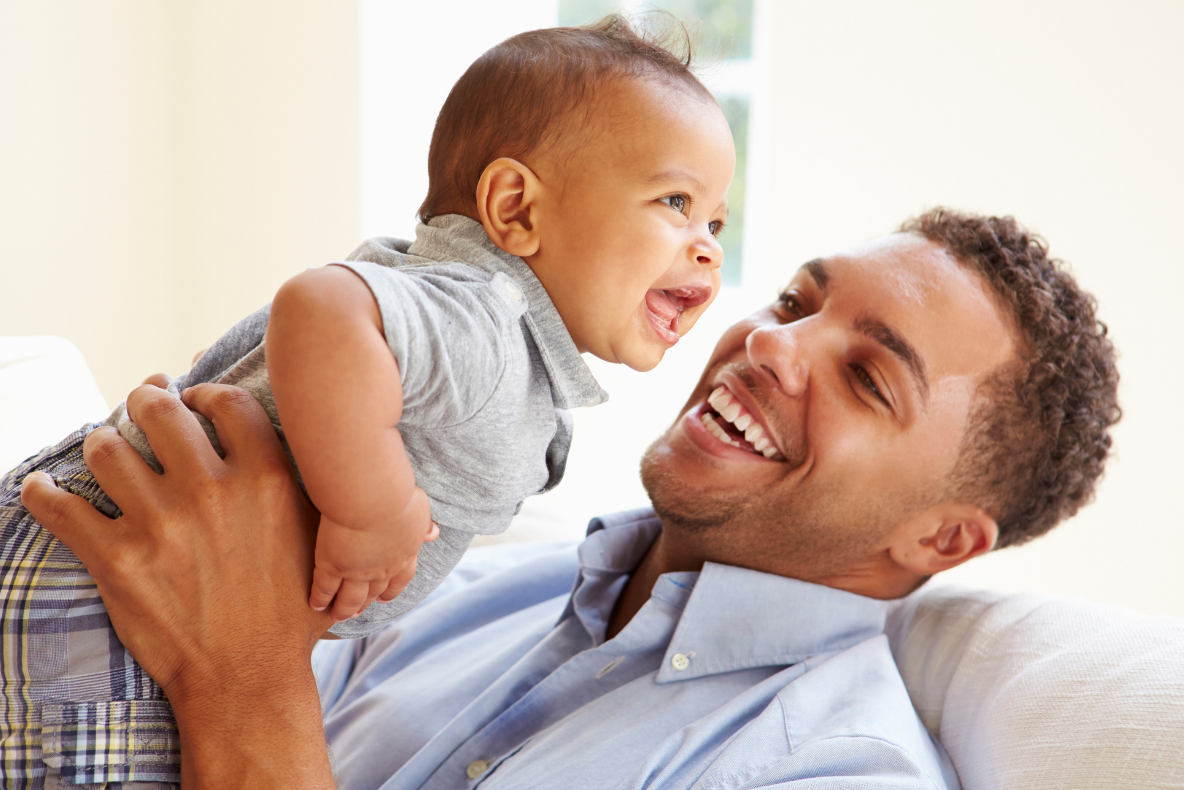 Kent didn’t have an easy childhood. His father left him at a young age, leaving Kent’s mother to raise him alone. He struggled with questions like, “Why did my dad leave?” and, “Why didn’t he love me?” The only thing Kent knew about his dad was that he didn’t want to be anything like him.

Growing up without a dad was hard, but that was behind him. Kent was out of the house and in a serious relationship with his girlfriend Tina. Fatherhood was the last thing on his mind until Tina showed him her positive pregnancy test. “We’re having a baby,” she said. Once Tina’s mom found out about the baby, she told Tina that she had to have an abortion “or else.” Kent knew that Tina could get an abortion, but Kent didn’t want that.

Desperate to save his unborn baby, he found the number for Pregnancy Decision Line, Care Net’s national hotline, and he called to learn more about the options open to him and Tina. The coach that answered Kent’s call asked about their plans. Kent explained how he would like to provide and care for Tina and their baby. He said he was making a fatherhood plan, “because my father wasn’t involved in my life, but I’m going to be there for my child.”

Kent was willing to do what it took to support Tina and their baby, no matter what her mom threatened. He was determined to break the cycle of father absence in his family.

Because of Kent’s support, Tina decided to say no to her mom and choose life for their baby.

According to Care Net’s national study on abortion, the father of the child is the single most influential voice on a woman’s pregnancy decision. Tina was desperate for the assurance that Kent would be there for her and her baby. That’s why our national hotline and affiliated pregnancy centers proactively engage women and men facing difficult pregnancy decisions. As Pro ABUNDANT Life people, we can’t ignore the role men play in pregnancy decisions.

Not if we want to save lives for now and for eternity.

Because of your generosity, Kent’s hotline coach was able to connect him with local support so that he could make his fatherhood plan a reality. Thank you for ensuring that Kent and Tina’s life decision had the life support they needed and abortion did not take their precious baby.

*Names throughout this story have been changed to protect the privacy of individuals.