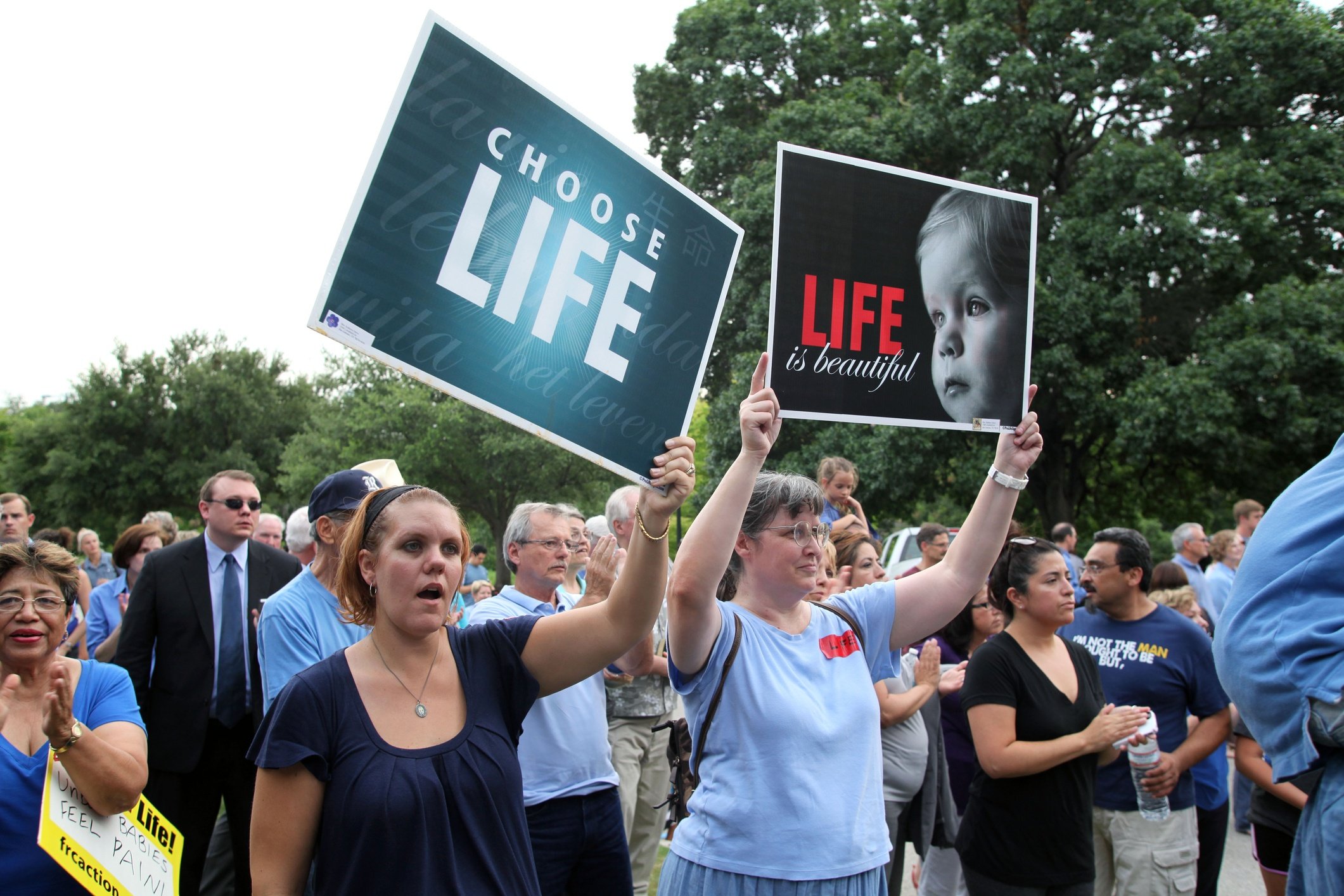 Full Frontal Nonsense: What Samantha Bee Got Wrong About the Pro-Life Movement

In a back room somewhere in the 80’s, Francis Schaeffer and Jerry Falwell got together and created the pro-life movement. Rather than choice and freedom, they argued for misogyny in the name of religion. The result is years of divisive political rhetoric and less freedom for women. Sound far-fetched? That is because it is as fictional as The Wizard of Oz.

Samantha Bee, a comedian and host of TBS’ Full Frontal, has launched a complete assault on pro-life organizations, pregnancy centers, and the pro-life movement. In a recent segment entitled “The Religious Right Part 2, Birth of the Pro-Life Movement” Bee asserts that the pro-life movement started when the Republican party wanted to marshal political support. Logical fallacies, hyperbole, and profanity combine for a seven-minute monologue that would have viewers believe that, if not for Jerry Falwell, there would be no controversy over abortion today.

Late night comedy shows like Full Frontal are not new. The Colbert Report and the Daily Show with Jon Stewart helped start the trend while Last Week Tonight with John Oliver and The Daily Show’s current host Trevor Noah have continued to opine on the news of the day to huge ratings. While comedy news hours are not new, a more recent development is publications treating them like factual investigative reports. Within hours of airing, online publications began rushing over one another to publish articles about the segment.

The Huffington Post said, “On Monday night, the Full Frontal host went back in time to the late 1970s to explain how the issue [Abortion] was manufactured by power-hungry leaders of the religious right and then legitimized by the Republican Party.”

Salon wrote, “The centerpiece of last night’s episode was about the coalescing of the religious right around abortion in the 1970s. This sequence wasn’t just an opportunity to make fun of people who go to church, but an effort with a lot of research behind it (emphasis mine).”

The reality that Bee’s show is a comedy, not news, seems lost on Salon, The Huffington Post, Vox, New York magazine, or any of the other sites that picked up the story. Furthermore, the assertions made by Bee are factually wrong and indicate a complete disregard for truthful reporting. The beliefs that unborn children were persons with rights before the law and that abortion should never be provided on-demand far predated the “Religious Right.”

Unlike Bee however, I will now proceed to back up that assertion with evidence.

Did the people of the United States at the time of Roe v Wade believe in on-demand abortion? To put it another way, did they believe that an unborn child should have the right to life? Bee would have us believe that abortion was not very controversial until the religious right took hold of the issue. However, a simple examination of the available national polling data shows that this is incorrect.

A National Opinion Research Center Poll[i] conducted in 1965 asked Americans whether they supported a woman’s right to choose abortion under specific circumstances. While a majority supported the right in the cases of rape, incest, or seriously endangered health (53-71%), 77% of American opposed abortion for financial reasons and 83% opposed it for married women who wanted no more children.

Furthermore, in the years leading up to Roe v. Wade ballot referendums to expand abortion rights always failed. Washington was the only state to successfully change its abortion law by legal referendum. The Washington initiative still imposed a 16-week limit on abortion and required abortionists meet hospital residency standards. The public opinion on abortion was so decidedly against unrestricted abortion that Howard Moody, the founder of the pro-choice Clergy Consultation Service in New York City, stated “our day-to-day work taught us how few women wanted abortions for the reason most liberals conceded were justifiable.”[ii]

It is interesting to note that the percentage of Americans opposed to unrestricted abortion has not changed very much since Roe v. Wade was decided. According to Gallup’s most recent polls, 71% of Americans are opposed to abortion on demand.

If Samantha Bee is correct, then I guess we just discovered that 71% of Americans are “Right Wing Republicans.”

It was not the Republican Party that injected divisive debate into the issue of abortion. The Supreme Court did that by unilaterally inventing a constitutional right to abortion and eradicating the ability for Americans to decide these issues in their state legislatures. The justices invalidated abortion statutes in almost every state overnight. Prior to their decision, thirty states prohibited abortion in all cases except for the life of the mother, two allowed it only for a mother’s health, one allowed it for rape, thirteen for specific circumstances, and only four states allowed abortion on demand.

Without the Roe v. Wade decision, our laws would likely reflect public opinion on abortion and allow it only in specific cases. Instead, we are left with one of the most expansive interpretations of abortion rights in the world.

Bee also overlooks the vibrant history of feminists campaigning against abortion. Susan B. Anthony, Jane Addams, Dorothy Day, Elizabeth Cady Stanton, and Louisa May Alcott are just some of the prominent feminists who fought to protect the rights of the unborn while championing the rights of women. It would be strange to accuse these women of being patriarchal for believing that society should not require women to have to sacrifice their children in order to succeed. It is also clear that they predated the advent of the “Religious Right.”

Based on Bee’s analysis, there would be a host of developed nations who would affirm abortion on demand. After all, right-wing republicans are an American creation anyway. Reality once again paints a different picture. The United States, North Korea, China, Singapore and the Netherlands are the only nations on earth to allow elective abortion past five months. Contrary to Bee’s assertions, the idea that unborn children have rights and protecting them is a legitimate state interest is quite common around the world.

Finally, Bee’s assertions are disproved by simply examining the number of pro-life organizations who are not affiliated with evangelicals or the Republican Party. Feminists for Life, Democrats for Life, and the Pro-Life Alliance of Gays and Lesbians to just name a few. The very existence of these organizations indicates that the issue of life crosses religious and ideological lines. After all, everyone has an interest in protecting the defenseless.

Ultimately, you won’t see Samantha Bee talk about how few Americans support unrestricted abortion. You won’t find her comparing our abortion laws to North Korea’s. You won’t see her interview representatives from Feminists for Life to learn why many of the leaders in the feminism movement were pro-life because that would threaten her narrative.

Samantha prefers to live in the alternate universe where all Americans support abortion on demand, where pro-lifers are crazy Republican fundamentalists who hate women, and where unborn children are universally refused rights. If embracing falsehood in the name of comedy is her gig, so be it. But if publications claiming some vestige of credibility continue to endorse her routines as fact, then the joke is on them.

[ii] Moody, and Carmen. Abortion Counseling and Social Change, from Illegal Act to Medical Practice: The Story of the Clergy Consultation on Abortion. 1973 (pgs 102-104).