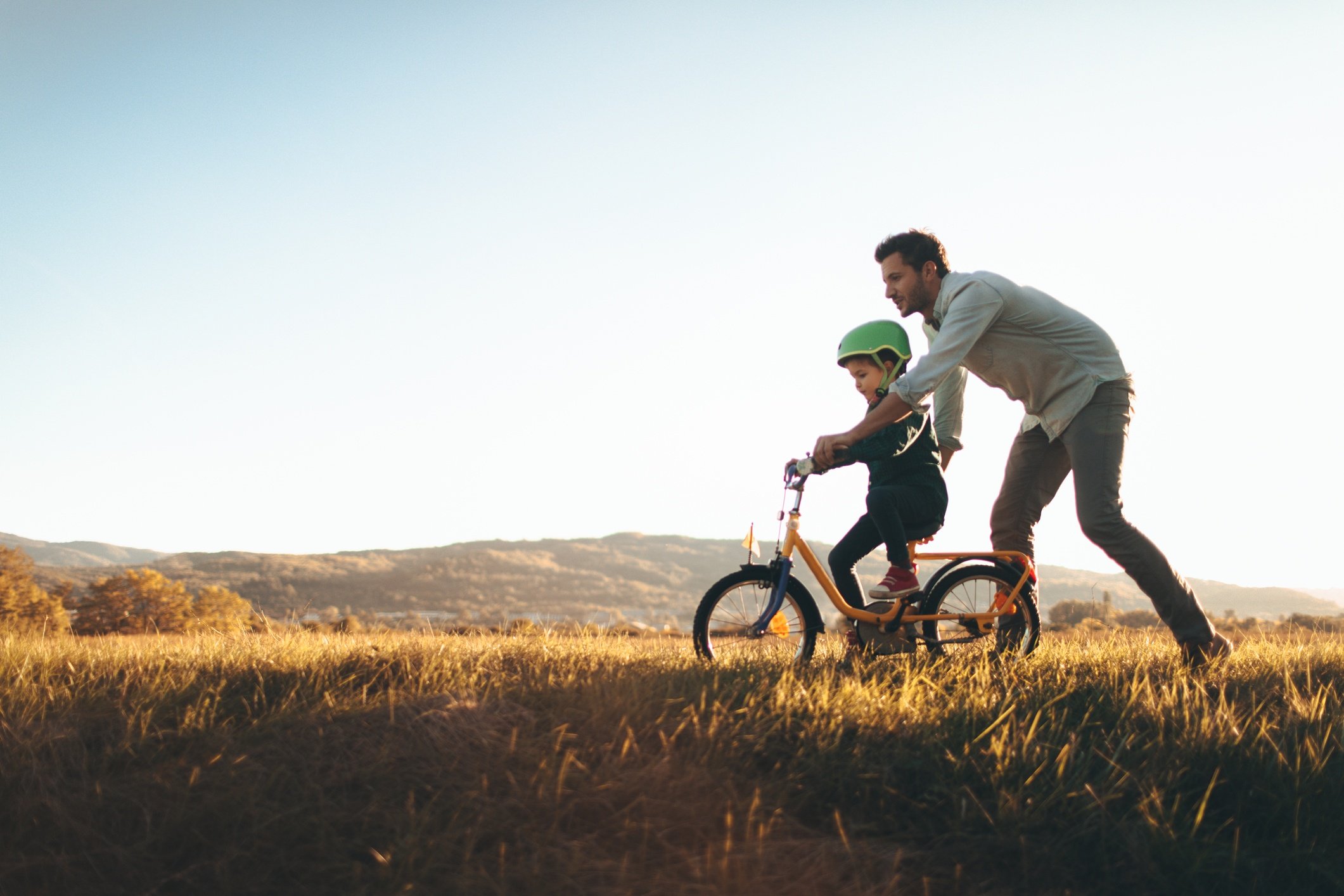 If you have a soft spot, like me, for sentimental father-child stories, then you are going to love this one from last night's episode of American Idol.

Garrett Miles of Phenix City, AL had a very good audition in which he performed his own unique version of "Proud Mary" by Creedence Clearwater Revival. What made the story remarkable is the fact that Garrett has been blind since birth. What made the story beautiful is the fact that Garrett's dad, Mike, has been his son's biggest supporter and accompanied him and assisted him during his audition.

Watch the video for yourself to watch this special young man and his devoted dad.

A few things jumped out at me in the video.

First is the very simple but meaningful symbol of a dad placing his hand on his son's shoulder. Obviously, there is a concrete need for this in the case of Garrett and his dad, as dad has to help guide his blind son. But there is something else it represents -- how a father's support can be such a powerful, guiding force in a child's life.

Second, I love the short interview with dad right after the audition. With his hand still placed steadily on his son's shoulder, he says, with clear pride in his voice, "I'm always the one up there shaking, and nervous and scared for him, but he did wonderful." I am not choking up right now as I write this... really. My eyes are just watering...

Third, Garrett's perspective on life is so refreshing and inspirational. When the judges asked him where his talent comes from and he says it is not his family, he then says it's from "God Almighty." Rather than lamenting that his blindness is a curse from God, he celebrates that his muscial talent is a gift from our loving God. We can all learn something from Garrett's wisdom!

The last thing that struck me is that, by the world's standards, Garrett was the kind of baby that could have been considered "dispensible" by some. What if doctors were able to determine that he was going to be blind from birth while he was still in the womb, and if he had parents who would have seen that as a reason to not want to bring him into the world? After all, as the thinking among pro-choicers goes, wouldn't we be doing him a favor by not letting him suffer his whole life through blindness? What kind of life would he be able to have, not being able to see? Was his a "life worth sacrificing" as a pro-choice writer recently wrote? (watch Roland Warren's Life Chat responding to that article)

But as Garrett's life demonstrates, when mothers and fathers choose life and then are the kinds of parents who provide an abundant life to their child, life always finds a way to shine through. Just look at the talented, joyous, confident man that Garrett has become. That is why Care Net is so dedicated to not only saving the lives of the unborn, but ensuring that, like Garrett, they have involved mothers and fathers who will provide them with the abundant life that God has in store for us.

Here's to hoping we see a lot more from Garrett (and his dad!) on American Idol this season.