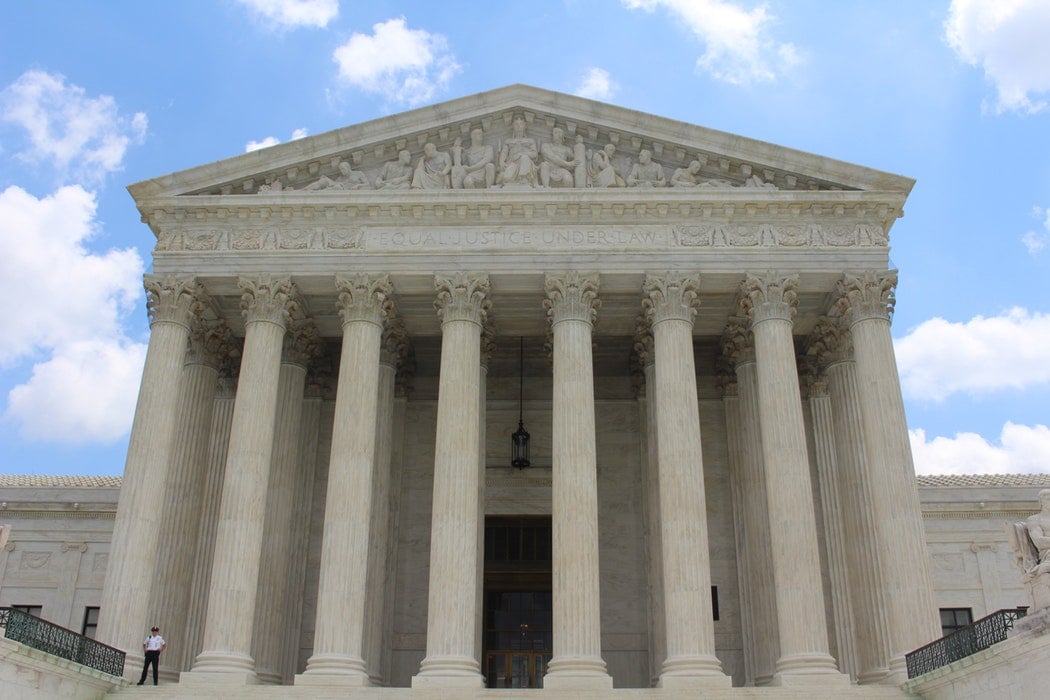 Why Everyone is Overreacting About Justice Kavanaugh

Despite the fears of pro-choice activists and the hopes of pro-life supporters, Justice Kavanaugh won't change abortion.

It has been quite a tumultuous month in Washington D.C. After a bitter hearing process, the senate confirmed Brett Kavanaugh to the Supreme Court. When President Trump first announced Kavanaugh's nomination this past summer, pro-life leaders voiced strong support of his choice.

The President of National Right to Life, Carol Tobias, said, "Judge Kavanaugh’s record, viewed as a whole, indicates a willingness to enforce the rights truly based on the text and history of the Constitution, while otherwise leaving policymaking in the hands of elected legislators." The President of Susan B. Anthony List, Marjorie Dannenfelser, called Kavanaugh an "outstanding choice" for the Court.

For pro-life people, Justice Kavanaugh's opinion in Garza v. Hargan inspires hope that he would rule on behalf of unborn lives in a potential challenge to Roe v. Wade. In Kavanaugh's opinion on Garza, he sided with the Department of Health and Human Services and stated the government did not need to facilitate an abortion for an undocumented immigrant minor in federal custody. Though HHS lost the case, Kavanaugh's minority opinion said that the government had a "permissible interest" in protecting the unborn and refusing to facilitate an abortion.

When the Obama Administration enacted a federal rule that would require the Catholic organization Little Sisters of the Poor to pay for contraceptive services, Kavanaugh held that this was unconstitutional. While pro-life people were encouraged by these actions, Kavanaugh's judicial history was enough to draw the ire of pro-choice organizations.

Planned Parenthood told supporters that they were in the "fight of our lives!" due to Kavanaugh's nomination. When he was appointed by the Senate, they tweeted "Today, 50 senators put their politics above survivors, the integrity of the Supreme Court, and protecting our rights. We won’t forget." For many on both sides of the abortion debate, Kavanaugh's appointment means Roe's days are numbered.

Even if Kavanaugh were the first step in a lengthy process to overturn Roe, abortion would continue in the United States. Liberal and conservative legal experts agree: overturning Roe v Wade would not outlaw abortion. Rather, it would take the debate out of the hands of unelected federal judges and send it back to state legislatures. Every state legislature would have to decide what abortion access looked like for their state. Women in more restrictive states would be able to travel to less restrictive states for abortions, and abortive drugs like RU-486 could easily be sold across state lines. While it is true that states could try and outlaw the sale of such drugs, a decades long war on drugs should be enough to show us that such restrictions are only moderately effective at curbing a culture's hunger for an illicit substance.

Regardless of the Supreme Court’s actions, abortions will still happen.

As pro-abundant life people, we know that the sexual revolution was primarily a cultural revolution. Overturning Roe, or even outlawing abortion, will not overturn unwed pregnancy, sex outside of marriage, absent fatherhood, or any of the other issues contributing to unplanned and unexpectedly complicated pregnancies. Laws don’t create the culture; the culture creates laws.

We must overturn Roe v. Wade in our nation’s hearts if we are ever to see an end to the horror of abortion. After more than forty years of ministering to abortion minded women and men, Care Net knows the best way of changing hearts (and with them, culture) is the way Christ modeled in the Gospels: by engaging our community with compassion. Our confidence is not in a political party, legislative action, or judicial nomination. We place our confidence in the world-changing power of committed disciples living out a transformative love in obedience to an incredible Savior.

We recognize that if future judicial rulings make abortions more difficult to access, this will increase, not decrease, the number of women and men in need of assistance with their pregnancies—increasing the need for pregnancy centers. As more clients come to pregnancy centers for assistance, there will be the need for more staff, volunteers, and supporters within the church to provide these new parents with the loving community they need to experience abundant life.

And here's the scary thing. If we aren't ready for these parents, then Roe v. Wade will probably return—with a vengeance.

The day after Roe is overturned, Planned Parenthood and NARAL operatives will begin searching for stories of women facing unplanned pregnancy who were turned away by "pro-life" churches or people. These stories will be told and retold on social media and during the nightly news. The narrative will be, "pro-life people opposed Roe but do nothing for those in the middle of unplanned pregnancies." If that narrative succeeds, we are likely to see widespread support for a Constitutional right to abortion.

Overturning Roe without ensuring that our churches and communities (comprised of both pro-life and pro-choice people) are prepared to offer life-affirming alternatives to someone facing unplanned pregnancy is a recipe for disaster.

The work of the pro abundant life movement did not end when the Senate approved Brett Kavanaugh’s nomination, nor will it end if and when Roe v. Wade is overturned. As long as women and men face unplanned or unexpectedly complicated pregnancies, our society will need life disciples prepared to meet them with compassion, hope, and help.

So let’s continue to celebrate pro-life legislative victories and our new conservative Supreme Court Justice, but let us never fall for Planned Parenthood's donor appeals. The Supreme Court cannot end abortion in America. That task is still up to people across the country; whether you are pro-life or pro-choice, caring for people will be everyone's responsibility. If we truly believe that Roe's days are numbered, then the time to prepare is now.