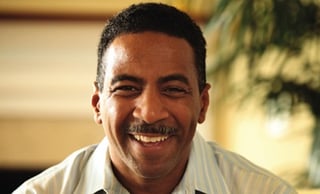 As you may know, I served for 11 years as president of the National Fatherhood Initiative. During that time, countless people asked me, in one form or another, what it means to be a good dad.

Over time, I realized that there are three words that truly capture the heart of what fatherhood is all about: involved, responsible, and committed.

You see, in God’s design, men are called to be the providers, protectors, and priests for their families. That high calling to fathers is the reason they can make such an enormous difference in the lives of their children, for good or for ill.

A study conducted by Lifeway Research found that pregnant mothers consider the father of the baby to be the most influential factor, by far, in her decision to abort or not.

We also know from decades of social science research that children with involved fathers in their lives are significantly less likely to live in poverty, be abused or neglected, use drugs, become incarcerated, drop out of school, become pregnant as teens, and suffer from childhood obesity than children in father-absent homes.

When a couple is making a pregnancy decision and after a child is born (indeed, for the child’s whole life), it’s clear that fathers play a critical role. Therefore, we are called to help fulfill the “fatherhood promise” God makes to precious lives in the womb and to honor God’s call to fathers to be involved, responsible, and committed.

This sets us apart as not just pro-life people, but PRO ABUNDANT LIFE people. That is why we take the following pledge:

As pro abundant life people, we will celebrate and encourage father involvement during pregnancy decisions and throughout the lives of the children who need them.