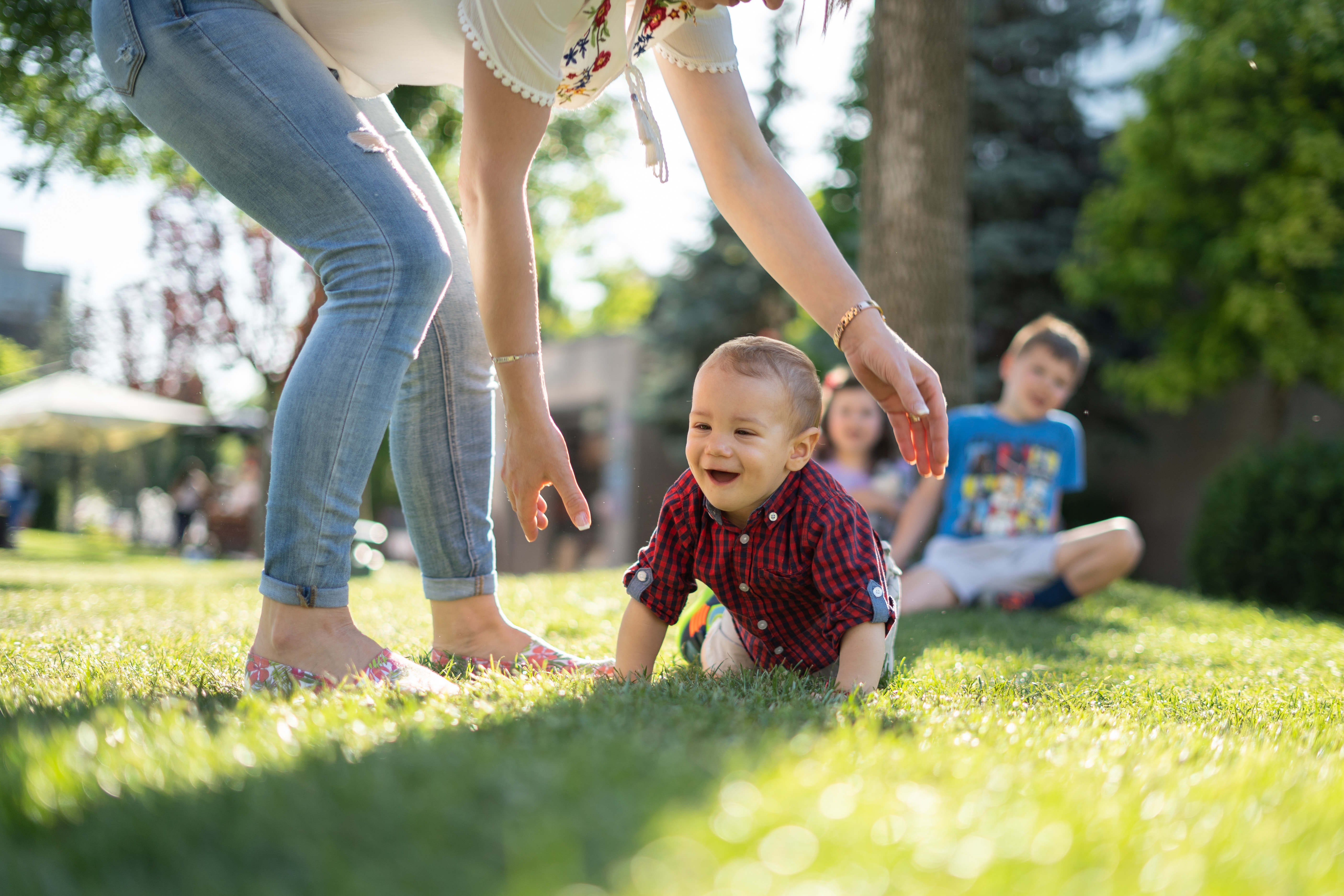 Is Abortion Part of the Abundant Life Jesus Promises?

Rebecca Peters, a professor at Elon University and a Presbyterian minister, recently wrote an article in which she argued that Christians ought to trust women to make their own decisions about abortion, instead of stigmatizing the practice as immoral, selfish, and cruel. In fact, she claims, abortion is part of the abundant life promised to us in Christ.

Peters asserts, “Limiting our cultural approval of women’s reproductive decisions about the size, shape, and timing of their families to a narrow list of…reasons flies in the face of Jesus’ teaching that he came to bring abundant life. A Christian vision of abundant life requires that we recognize and support the development of healthy and robust families. It requires that we respect women and the moral decisions that they make about their families.”

First, abortion is already acceptable in the church when it is for reasons of prenatal health, rape, incest, and health of the mother. These abortions are viewed within the church as tragic but necessary. However, women who have abortions for any other reason are viewed as “selfish, cruel, and irresponsible.”

Second, it is un-Christian to force women to have children just because they are pregnant. Being pregnant does not have to result in having a baby.

Third, since parenting requires such responsibility, commitment, desire, and love from parents, only women and men who want to have children should have them. “The moral wisdom of this Christian perspective recognizes that parenting is a profoundly moral act,” she writes. “Creating healthy families requires more than ensuring that babies are born. It recognizes that creating healthy families and raising children is a deeply spiritual and moral task requiring commitment, desire, and love on the part of the parent(s).”

Finally, she argues that no woman should have to justify her abortion. Rather, women ought to be trusted to make the right choice about continuing or ending their pregnancies, because only a woman can decide if she is ready to be a parent or not. “There is nothing Christian about requiring women to ‘justify’ their reasons for abortion. And there is certainly nothing Christian about forcing women to continue pregnancies against their will.” She concludes with, “If we truly value women and healthy families, we must accept that ‘I do not want to have a baby’ is an imminently appropriate reason to end a pregnancy. And we must trust that pregnant women are the only ones who are capable of making these decisions.”

Peters makes the assumption that all churches and Christians have the same opinion about abortion in the cases of prenatal health, rape, incest, and health of the mother. But that is not true: opinions vary wildly from denomination to denomination, from thinking all abortions are unacceptable, to believing, like Peters, that any abortion is acceptable. She argues that since some abortion is acceptable, is it really so hard to move to accepting all abortions? But “the Church” is made up of a variety of individuals with a variety of opinions, and many consider abortions for even the reasons Peters listed to be unacceptable.

Moreover, saying that an abortion is acceptable in a case where a mother’s life is threatened does not logically require endorsing all abortions. Few would say that it is legitimate to steal, however they would likely steal a loaf of bread if their child was starving. Context matters.

Peters’ second claim is that Christians shouldn’t link pregnancy to having a child, and should not force a woman to give birth. However, she ignores Biblical truths about parenting and how a life is created.

Peters seems to have no problem with people, either in the Church or in the culture, having sex out of wedlock. However, God designed sex to represent the union of Christ and the Church, which means that people who seek to obey Him are supposed to reflect that design when they have sex – it should happen between a man and a woman who are solely committed to each other as a mutual expression of love. Sex, as well as parenthood, comes with responsibilities in the Christian worldview. But Peters seems content to ignore this, instead accepting the cultural narrative that consequence free, responsibility-free sex is possible, should be normative, and is part of the abundant life Christ came to bring.

She also makes the common error of ascribing rights without responsibilities, which usually leads to a sense of selfish entitlement. Rights and responsibilities are linked; you can’t have one without the other.

Moreover, Peters makes another common, flawed argument: elevating choice above all else. She seems to believe that the greatest Christian virtue is choice. I don’t see where in the Bible she gets that idea, but let’s assume she is right for a moment. If choice is the cardinal Christian virtue, then it follows that Peters supports personal choice in all matters. So, would she suggest that it would be more Christian of us to trust men to decide whether or not to hit their wives? Or does she know that certain choices, such as spousal abuse, are wrong -- are sin -- and should therefore be considered unacceptable?

Even more fundamentally, however, Peters seems happy to ignore that God gives life. Peters argues that Christians should trust women to decide when they want to be parents, when they want to have a child. However, God has not placed that choice into women’s hands directly. If he wanted to, he could have. He could have made it so that women could just poof babies into existence at will. But that isn’t what he did. Humans cannot create life at will. We can choose to engage in the act which God designed to create life, but we cannot choose when the act results in life and when it does not. God gives us the breath of life. Children are not a product of human will, but rather, a gift from God.

In regards to the third assumption Peters makes, that people should only have a baby if they desire and are prepared to be parents, she is correct. However, she treats abortion as an undo button for pregnancy. Peters assumes that ending a pregnancy before birth stops a woman from becoming a parent. But a woman and man become parents at conception, not birth. Abortion prevents a baby from meeting its parents, but it does not undo their parenthood. Peters is right that in an ideal world, every baby would be born to parents who wanted their child. However, ending an unborn baby’s life is not a “compassionate” response to the imperfection of this world.

A child’s value and their right to life are not determined by whether or not their parents want them. Our value and our rights are inherent to our nature – we have value and we have rights because we are human beings made in the image of God. The Giver of Life values each child as much as he values their parents. Our feelings towards others often change, but our value does not come from how we are perceived by others. Often, women regret their abortions and end up wanting their children after it is too late. Women who were unsure about carrying their baby to term often say their child was a great blessing to them. If our rights were granted to us by the opinions of the powerful, they would fluctuate based on how our leaders felt about us on a day-to-day basis. A woman does not grant her child personhood by wanting it, or erase its personhood by not wanting it.

The baby is still a baby, no matter what its parents believe about its value.

Peters’ final assertion, that no woman should have to justify her abortion, assumes that a woman grants her baby the right to life. If she does not wish to bestow that right on her baby, she may choose to withhold it and stop the pregnancy before it becomes a child.

Ultimately, Rebecca Peter’s description of “abundant life” falls far short. The abundant life she describes is one where babies gain rights and value by birth, as if that act somehow magically transformed them from worthless biological material into human beings. More than 100 million women have been killed because of gender-selection abortion and infanticide. As many as 200,000 women a year suffer from post-abortion regret. Women experience broken relationship after broken relationship leading to multiple abortions. None of this sounds like the sort of life Jesus Christ came to bring.

Life is a gift from God. Abundant life comes from Christ. But we do not find it by ending the lives of the innocent and defenseless. Rather, we find abundant life by accepting the sacrifice of another innocent, who laid down his life willingly that we might inherit an even greater gift – eternal life. We embody that example when we lay down our rights, our desires, for another. Love. Sacrifice. Compassion. These are the signposts of abundant life. Not abortion.