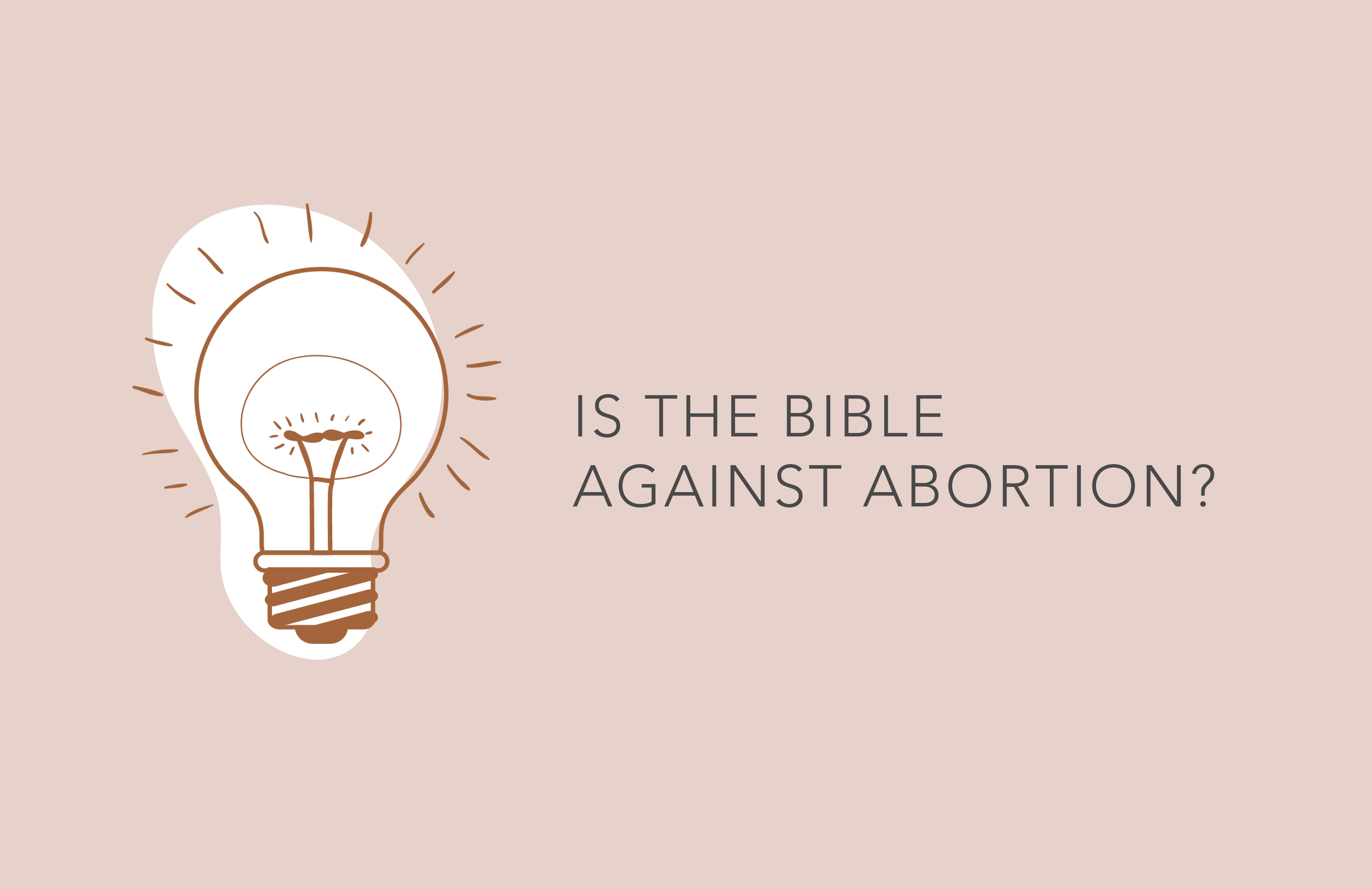 Is the Bible Against Abortion? MSNBC Host Says “No”

In September, Joe Scarborough of MSNBC declared that it was “heresy” to say that Jesus condemned abortion. The co-host of the “Morning Joe” program made his bold statement on the air during a discussion of the Dobbs Supreme Court case that overturned Roe v. Wade.

“As a Southern Baptist, I grew up reading the Bible,” he said. “I may be a backslidden Baptist, but I still know the Bible. Jesus never once talked about abortion, never once, and it was happening back in ancient times. It was happening during his time. Never once mentioned it.” What would you say if someone asked you, "Is the Bible against abortion?"

Is the Bible Against Abortion?

Dr. Albert Mohler, president of The Southern Baptist Theological Seminary, was one of several Christian and pro-life leaders who refuted Scarborough’s opinion that the Bible does not, in fact, condemn abortion.

“It is insanity to go on national television and tell people that Jesus never said anything about abortion, therefore, we are making far too much of a deal about it,” Mohler wrote on AlbertMohler.com. “Joe Scarborough’s argument is that we need to get over a preoccupation with abortion.”

While it is true that Jesus did not talk about abortion in the Scriptures, Mohler says we must look at the entire context of the New Testament and the entire Canon of Scripture for enlightenment.

Mohler noted the account of the Angel Gabriel appearing to Mary and informing her of a divine mission is clear evidence of how the Bible speaks to the sanctity of life.

“Jesus is revealed in Scripture as God incarnate from the moment of His conception, when He was conceived in the Virgin Mary by the Holy Ghost…Elizabeth, (who was pregnant with John the Baptist), referred to Mary even then as ‘the mother of my Lord.’ That tells you a very great deal of the fact that from the very moment of conception, the scripture recognizes the humanity, even the personhood of the unborn child, even the unformed child.”

In 2017, Mohler responded to a similar controversy about abortion, countering claims made by Dr. Willie Parker, author of Life’s Work: A Moral Argument for Choice, and New York Times columnist Nicholas Kristof, who wrote, “…let’s remember that conservative Christianity’s ferocious opposition to abortion is relatively new in historical terms.”

Kristof affirmed Parker’s argument that the Bible “does not explicitly discuss abortion” and stated that “there’s no evidence that Christians traditionally believed that life begins at conception.” Mohler lamented the fact that Parker referred to himself as a Christian, calling him “one of America’s most infamous abortion doctors.”

In response to Parker’s claim, Mohler wrote, “The early church was decidedly, vocally, and courageously pro-life and opposed to abortion.” To back his argument, Mohler quotes from the Didache, one the earliest documents of Christianity: “The [Didache] describes two ways: the way of life and the way of death. The way of life demands that Christians ‘shall not murder, you shall not commit adultery, ... you shall not murder a child by abortion nor commit infanticide.’ Both abortion and infanticide were common in the Roman Empire. Christians were forbidden to murder any child, born or unborn. The way of life honors the sanctity of life.”

Mohler also quotes Clement of Alexandria (A.D. 150-215)—who made clear the sin of women who “in order to hide their immorality, use abortive drugs”—and Tertullian (A.D. 160-240), who taught even more comprehensively: “For us, we may not destroy even the fetus in the womb, while as yet the human being derives blood from other parts of the body for its sustenance...”

In September of 2022, Public Discourse featured an article by David Novak entitled, “What Does the Bible Say about Abortion.”

Based on the Bible’s prohibitions against killing, it's teaching about the sanctity of human life, and its penalties for negligence that lead to miscarriages (Ex. 21:22-23), it is clear that the Bible by no means condones abortion—and indeed even condemns it, concludes Novak, Professor of Religion and Professor of Philosophy at the University of Toronto.

“The Bible teaches that all human life is uniquely created by God in His image and is therefore sacrosanct,” he wrote. “This teaching is the great bulwark for those fighting for the right of all innocents—whether they be born or unborn—to be protected from death at the hands of those who should be caring for them (Ex. 1:15-22). When Jews and Christians, who are beholden to biblically based morality, say the Bible endorses abortion as a right, they might be honestly mistaken in how they interpret Scripture.”

As he did in his recent response to Joe Scarborough, Mohler concluded his 2017 column by unapologetically calling out anyone who would take the viewpoint that the Bible is not a pro-life text and that abortion can be justified by what is written or not written within.

“There is no question that historic Christianity condemned abortion and affirmed the sanctity of human life, born and not yet born,” he said.

“Let there be no confusion on this question. The Bible reveals the sanctity of all human life; the early church affirmed the sanctity of every human life; and anyone who performs an abortion is not ‘doing God’s work.’ Rather, he is undoing it. As the Didache, echoing Deuteronomy, reminds us from so long ago—we are to choose the way of life, and never the way of death.”