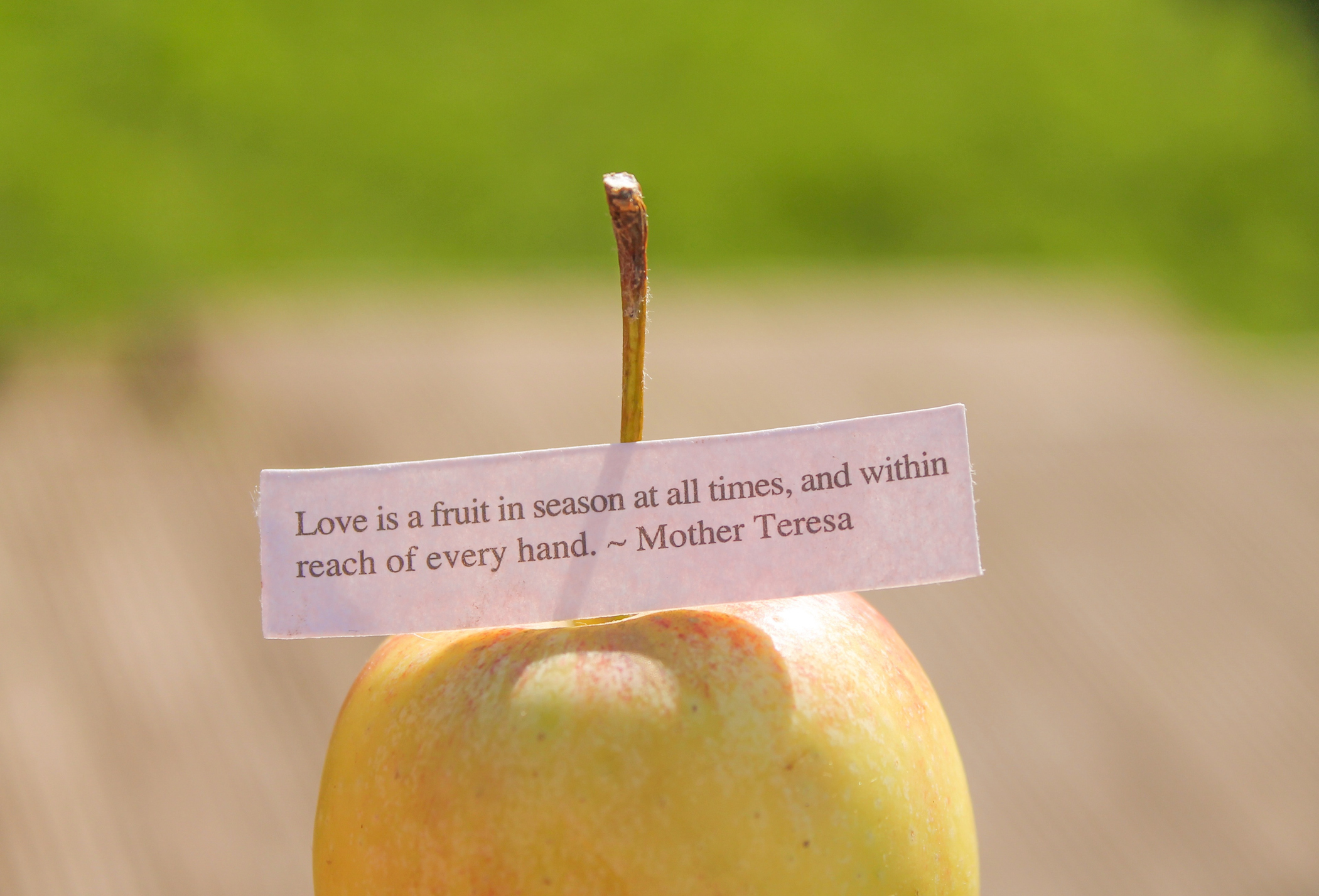 This weekend, I sat around a table with a bunch of moms and their thirteen-year-old daughters and one topic came up: love languages. “What’s your love language?” We posed the question around the table. But today I can’t help but think of how even this helpful tool may take our focus off of what love really is. Instead of pouring my energy into how I can love others well, do I spend more time concerned over whether or not my husband is “speaking” my love language?

I’m content to talk about loving well when we’re talking about how to love me well. But, is that how Jesus loved?

So what does it mean to love well? Aside from Jesus himself, there are few better examples of a person who put love in action other than Mother Teresa.

Some say that Mother Teresa, born Gonxha Agnes, loved souls from the day of her First Holy Communion. Born in Albania in 1910, she left eighteen years later to become a missionary, joining the Institute of the Blessed Virgin Mary in Ireland. It was there she received her name, Sister Mary Teresa. After a short time there, she received her assignment in India, and at the age of 19 she started working in Calcutta.

Over the next few decades Sister Mary Teresa transformed into Mother Teresa – both by assuming the title of a nun at her Final Profession vows and through her tireless work teaching and serving the students at St. Mary’s School for girls in Calcutta. Eventually, she became the school’s principal and was known as a woman of profound prayer and deep love. All who knew her found her unselfish, courageous, and faithful.

In 1946, Mother Teresa felt God calling her to something even more significant – she felt his call to serve the poorest of the poor. At Christ’s command, Mother Teresa established a religious community—Missionaries of Charity—an organization dedicated to serving these people.

Throughout the next five decades, Mother Teresa would create numerous organizations and foundations to serve the poor –not just in India, but all over the world. Most notably, her Missionaries of Charity organization established homes all over the globe to care for the sick, the orphans, the dying, disabled, aged, and AIDs victims (in New York). Her calling to serve the poor, but she often spoke on finding solutions to poverty and overcoming obstacles to peace. Her voice became so prominent on these issues that in 1979, Mother Teresa was awarded the Nobel Peace Prize.

But there was one kind of poverty that Mother Teresa called out as the greatest. That poverty was a spiritual emptiness, one that would cause people to discard other human lives as useless objects.

The most glaring example of this kind of poverty was abortion. Mother Teresa saw abortion not just as an evil, but as the greatest threat to peace in the world! At the National Prayer Breakfast in 1994, Mother Teresa humbly but boldly told a room of powerful government officials and other national leaders that, “the greatest destroyer of peace today is abortion, because it is a war against the child, a direct killing of the innocent child, murder by the mother herself.”

Mother Teresa didn’t leave it there though. She went on to explain how if we tolerate and promote abortion, we are tolerating a broader disregard for human life.  “If we accept that a mother can kill even her own child, how can we tell other people not to kill one another? How do we persuade a woman not to have an abortion?” she explained.

Brilliantly, Mother Teresa explained how love is the only sure solution to the crisis of abortion:

As always, we must persuade her with love, and we remind ourselves that love means to be willing to give until it hurts. Jesus gave even His life to love us. So the mother who is thinking of abortion should be helped to love, that is, to give until it hurts her plans or her free time, to respect the life of her child. The father of that child, whoever he is, must also give until it hurts. By abortion, the mother does not learn to love but kills even her own child to solve her problems. And by abortion, the father is told that he does not have to take any responsibility at all for the child he has brought into the world. That father is likely to put other women into the same trouble. So abortion just leads to more abortion.

She concluded this brilliant speech with one of the most poignant lines ever used in the defense of life, “Any country that accepts abortion is not teaching its people to love but to use any violence to get what they want. That is why the greatest destroyer of love and peace is abortion.”

When Mother Teresa breathed her last in September of 1997, she had served countless thousands – directly and indirectly - through her charities. She pulled half-dead bodies from heaps of rubble, she educated children teaching them to care for themselves, and she spent many years carrying and lifting those who were disabled, sick or dying, as she washed, fed, and cared for them. Beyond this, she used her platform to confidently speak the truth in love as she proclaimed the atrocities of abortion to leaders around the world.

I doubt Mother Teresa ever sat in her office taking online assessments to figure out her love language.  Instead, she knew that Jesus asked her to care for and defend the least of these. (Matt. 25:40-45) The kind of love Mother Teresa demonstrated was a love that sacrificed, that served, and that refused to take pride in either of these activities.

At a towering 4 feet 11 inches tall and weighing less than 100 pounds—Mother Teresa was truly a spiritual giant in the arena of loving others well. May we all learn to speak her love language.