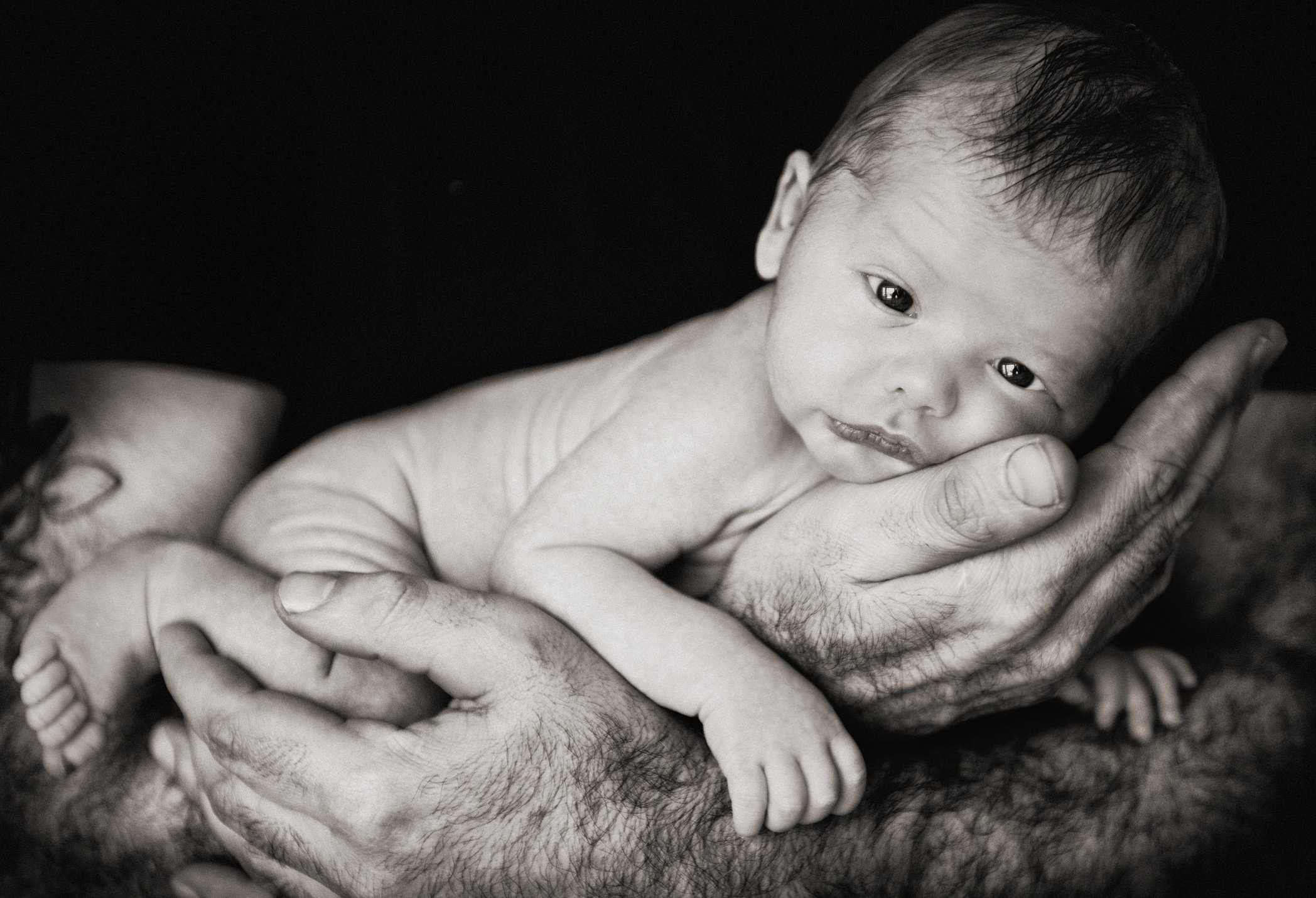 As a father for over thirty years and a committed fatherhood advocate, Father’s Day holds a special place in my heart.  In fact, for me Father’s Day is like Super Bowl Sunday to a diehard NFL fan.  It’s a time to celebrate those who have persevered and performed, despite obstacles and challenges.

So, it’s no surprise that I am always on the lookout for unique ways that Father’s Day is celebrated.  I really love hear about the creative gifts that dads get, especially when folks move beyond the tie and “soap on a rope” standard fare.

Well, ahead of this year’s Father’s Day, I received a marketing email with the subject line “Reserve now…Father’s Day t-shirt” from a rather odd place--NARAL Pro-Choice America, one of the nation’s leading abortion advocates.  Apparently, they just released a line of #MenForChoice t-shirts they believe would make a wonderful gift for that special dad in your life.

Let’s unpack what is going on here.  An organization that encourages and celebrates men who do everything they can to avoid becoming fathers, including assisting in the killing of their unborn children, is suggesting that we celebrate these men on a day dedicated to men who sacrifice everything to be good fathers.  In short, we are to celebrate a choice that made them not fathers. We are to celebrate “UnFather’s Day” on Father’s Day.

But, it gets even stranger than this. The NARAL Pro-Choice America’s t-shirt marketing piece was penned by a young woman who starts the email by saying how wonderful her dad is.  Here’s a quote:

“My dad was the coach of my little league team, used to braid my hair before swim class, and taught me to drive. He made sure that I always had the same opportunities as my brother, and refused to let the fact that I was a girl get in the way of accomplishing my goals.”

A careful reading of the above illuminates a key point that this young woman fails to see because she is blinded by her ideology.   She is not gushing about her dad because he made just any choice.  She is celebrating him because he made life affirming and self-sacrificing choices. Her father placed her life, her wants, and her needs above his own.  And the troubling irony is that the t-shirts that she is marketing celebrate men who don’t.

Alas, an aborted child could never pen the words that she has. You see, men who support and encourage the abortion of their child are not heroes worthy of celebration on Father’s Day.  Why? Because heroes don’t sacrifice the vulnerable for themselves.  They sacrifice themselves for the vulnerable.

Moreover, when you consider the reasons why women have abortions, they are very much linked to the lack of support from pro-choice men.  For example, research recently published in Sexual and Reproductive Health indicated that 48% of women surveyed stated, “Don’t want to be a single mother” as a reason they aborted. In addition, 73% of the women--most of whom where unmarried—cited, “Can’t afford a baby now” as the reason for their abortion.

These responses are very similar to what Care Net learned from a recent survey of women who had abortions.  Women discussed their abortion decision with the father of the children more than anyone else, including her doctor, and the father was the most influential in her decision to abort.   Indeed, pro-life writer Frederica Mathewes-Green, who was once pro-choice, was spot on when she wrote:

Indeed, pro-choice men can help release her from this trap.  However, instead of making a sacrifice and prioritizing the needs of the vulnerable woman and unborn baby above their own, they stand idly by as the woman struggles in the midst of a difficult pregnancy decision.  And, to make matters worse, they offer the empty words that feign compassion and yet cost them nothing—“I support whatever choice you make…”

That said, we also must consider the fact that abortion hurts men, even pro-choice men.  In a revealing book titled,  “Fatherhood Aborted: The Profound Effects of Abortion on Men,” the authors recount story after story of formerly pro-choice men who have suffered greatly in the wake of their child being aborted.  For example, consider what a guy named Riccardo says:

Riccardo’s experience is not unique. With abortion, there is often a relief/regret dynamic.   A woman or man may have a sense of relief when the procedure is done as they feel that they got rid of “the problem.” However, as time and life go on, the relief often fades and the regret grows unabated. Unfortunately, a person never knows what will trigger the regret.   It could be seeing a child who is the age that theirs would have been, a desire for more children, or even a fertility issue later in life.

Therefore, it stands to reason that there are formerly pro-choice men who now rightly regret their decision to support taking the life of their child.  And to them getting a “Happy UnFather’s Day” NARAL tee shirt would be like putting acid on an open wound.   Unfortunately, they have “been there, done that, and got the t-shirt” already.

No, Father’s Day is certainly not a time to remind them of this.  It’s a time to help them heal.  And, it’s an important time to celebrate those who made, not just a choice, but rather, the right choice for the children that honor them.