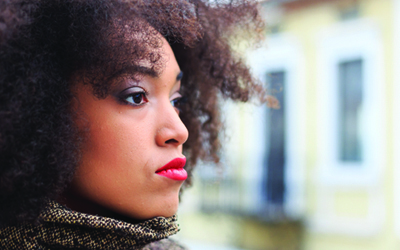 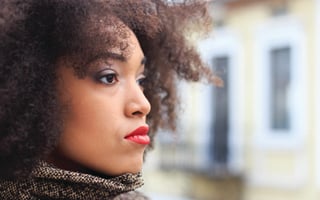 Cherise* was alone. She and her boyfriend had broken up before, but never like this. This time, he said it was for good. The child she now carried in her womb wasn’t his.

Cherise couldn’t turn to the baby’s father, either. He was a married man, and this baby meant explaining to his wife what he had done. He wasn’t going to marry Cherise and offer her and the baby she carried the support they wanted, needed, and deserved.

Even her own family was distant. She and her mom weren’t talking anymore, and her sister wanted little to do with Cherise.

Seemingly out of options, out of hope… Cherise called the Pregnancy Decision Line (PDL) wanting to know more about abortion.

These are the situations you speak into with your generous support of Care Net’s PDL and continued efforts to engage and change the culture we live in.

Research has indicated that more than half of women who had an abortion say they were having relationship problems with the father of their children.

40% said the father was the most influential person in their decision to abort.

As Cherise and the PDL coach spoke, they talked about abortion… but also about Cherise’s developing baby and God. With a safe place to talk, Cherise felt free to explore her feelings.

Cherise realized that she really believed her unborn baby’s life was more important than her breakup and singleness. Emboldened by her revelation, she resolved to make amends with her family and make an appointment at her local pregnancy center.

And now Cherise and her baby have a lifetime of Christmases to celebrate… together, as a family.

This Christmas, please give the gift of LIFE by offering compassion, hope, and help through Care Net to those considering abortion. And remember! Your generous tax-deductible gift by December 31st will make DOUBLE the impact through our $250,000 Matching Challenge!