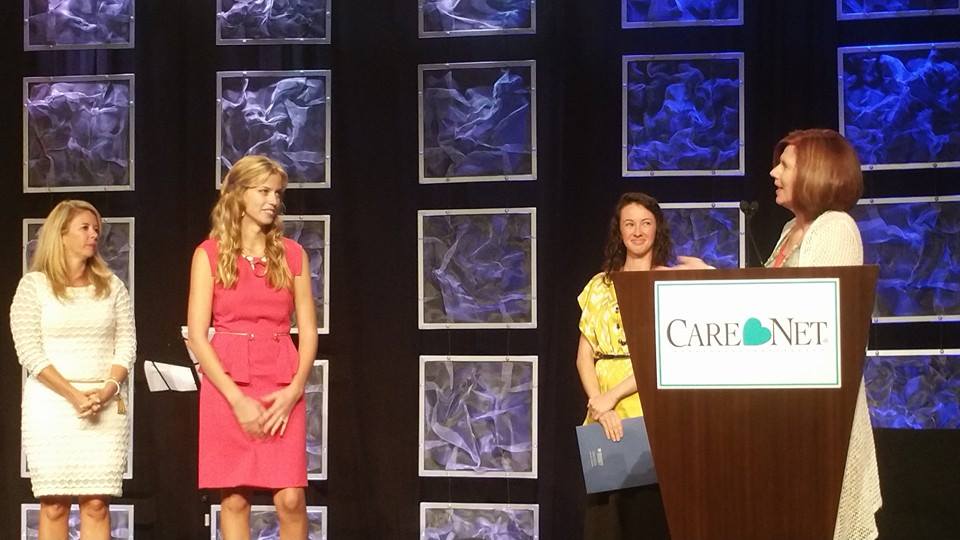 Paula Garner became pregnant in high school. She chose life for her daughter, who is now 2 years old, and married the child's father. A Hand of Hope Pregnancy Resource Center, a Care Net affiliate in Fuquay Varina, NC, gave her the emotional, material, and spiritual support she needed through the pregnancy.


Paula's calling to help other women in similar situations became crystal clear after she miscarried her second child. “God had a much greater plan than the one that I thought I was starting to unfold," Paula said. "God put on my heart immediately a burden for the unborn.”


Regent University has partnered with Care Net for the last five years to offer scholarships to clients served by any of Care Net’s 1,130 affiliated centers.


Paula will pursue a bachelor’s degree in psychology at Regent, with her passion to help women and men facing pregnancy decisions, . After her bachelor's, Paula hopes to pursue a master’s in counseling and become a counselor at her local pregnancy center.


Paula received the award at the Care Net National Conference in San Diego on September 11. Melissa Nannarone, Director of Corporate Partnerships at Regent University, and Cynthia Hopkins, Care Net's Vice President of Center Services and Client Care, presented the award.
Local pregnancy centers nominate clients and a scholarship committee reviews applications. The successful applicant has strong leadership potential, determination, academic aptitude, and the ability to thrive in Regent's rigorous program.
Tonya Baker Nelson, executive director at A Hand of Hope, who nominated Paula for the scholarship, is confident in Paula. She said, “Paula wants to lead her generation to defend life. A Biblical worldview and an educational background in psychology will give her a firm foundation on which to build her passion.”
Care Net and Regent University will present the scholarship again next year at Care Net's National Conference  in Orlando, September 6-9. The application process opens by June 2016.
Previous post View all posts in this blog Next post