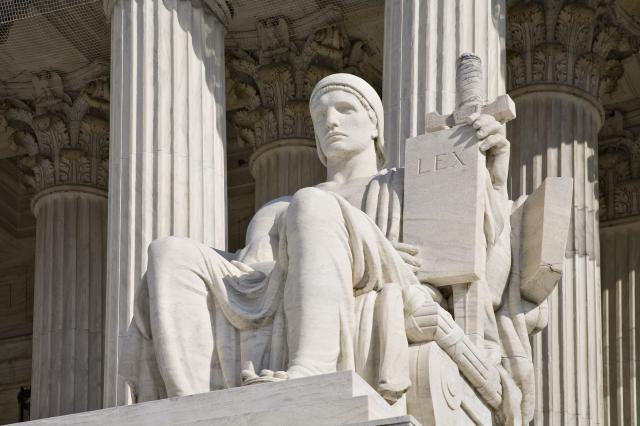 Lansdowne, VA – Care Net, a national non-profit ministry supporting one of the largest networks of pregnancy centers in the United States, filed an amicus brief to support National Institute of Family and Life Advocates (NIFLA), the petitioner in a case before the Supreme Court of the United States. Care Net supports NIFLA’s petition to have the Supreme Court reverse the Ninth Circuit Court of Appeals to protect the free speech and religious rights of pro-life pregnancy centers.

The law at issue is California’s Reproductive FACT Act, which requires pro-life pregnancy centers in California to post notices directing women on how to obtain state-funded abortions and to notify all of their clients that they do not provide medical treatment.

Care Net filed the amicus brief because it is directly impacted by, and deeply concerned about, California’s decision to force pregnancy centers in California to become spokespersons for the abortion industry.

As argued in the amicus brief, these requirements violate First Amendment protections of free speech. They are “compelled speech” regulations requiring people to express ideas they do not wish to express. Agency for International Development v. Alliance for Open Society International states, “freedom of speech prohibits the government from telling people what they must say.” Requiring pregnancy centers, which are motivated by their faith to save lives, to post notices about how to obtain abortions is anathema to their religiously-motivated speech, and is therefore unconstitutional.

“Clearly, this law is promoted by pro-choice activists and those in the abortion industry to silence any voices that oppose their agenda,” said Roland C. Warren, president and CEO of Care Net. “Sadly, this unconstitutional violation of free speech and religious freedom was signed into law and upheld by the Ninth Circuit Court of Appeals. We support NIFLA’s petition to reverse this decision in the Supreme Court, allowing pregnancy centers and other life-affirming organizations to continue their life-saving work without state interference.”

The amicus brief clearly lays out the reasons the Reproductive FACT Act creates compelled-speech regulations that must be reversed. The regulations force pregnancy centers to promote an idea – abortion – that they believes puts their clients at risk; and the regulations force pregnancy centers to engage in unnecessary speech that dilutes the centers’ own communications and messages. Such regulations would be akin to a state requiring Alcoholics Anonymous, whose mission is to encourage those it serves to abstain from drinking, to provide listings of nearby bars and liquor stores.

Additionally, the compelled-speech regulations also violate the Free Exercise Clause, which protects religiously-motivated groups and individuals from being singled out and targeted by the government. Given that the Reproductive FACT Act’s scope is defined to apply only to facilities “whose primary purpose is providing pregnancy-related services,” it is clear that California targeted religion and religious practices. For example, places such as hospitals that provide non-pregnancy-related services are exempt from the law even though they also offer the same pregnancy-related services that pro-life pregnancy centers do. Lukimi Babalu Aye v. City of Hialeah prohibits such religious targeting.

Finally, pro-choice activists should be against these regulations, too. If the government can take sides on a political debate and force people or organizations to express ideas that they disagree with or find morally objectionable, then it could force abortion clinics to post signs informing pregnant mothers that the clinic does not provide live-birth deliveries or support for mothers choosing to continue their pregnancies, directing these women to nearby pregnancy resource centers where they could reconsider their decision. Such regulations must be invalidated by the Supreme Court.

In conclusion, the brief argues that the Supreme Court should grant the petition, reverse the Ninth Circuit, and invalidate California’s compelled-speech regulations because they “fail to respect a [pregnancy resource center]’s right not to utter a state-sponsored message that offends its core moral and religious principles” (Greater Baltimore Center for Pregnancy Concerns, Inc. v. Mayor and City Council of Baltimore), and because they violate the Free Exercise Clause (Lukimi Babalu Aye v. City of Hialeah).

The full brief can be read here.

Founded in 1975, Care Net supports one of the largest networks of pregnancy centers in North America and runs the nation's only real-time call center providing pregnancy decision coaching. Acknowledging that every human life begins at conception and is worthy of protection, Care Net offers compassion, hope, and help to anyone considering abortion by presenting them with realistic alternatives and Christ-centered support through its life-affirming network of pregnancy centers, organizations, and individuals. Learn more at <a href=https://www.care-net.org>care-net.org</a>.