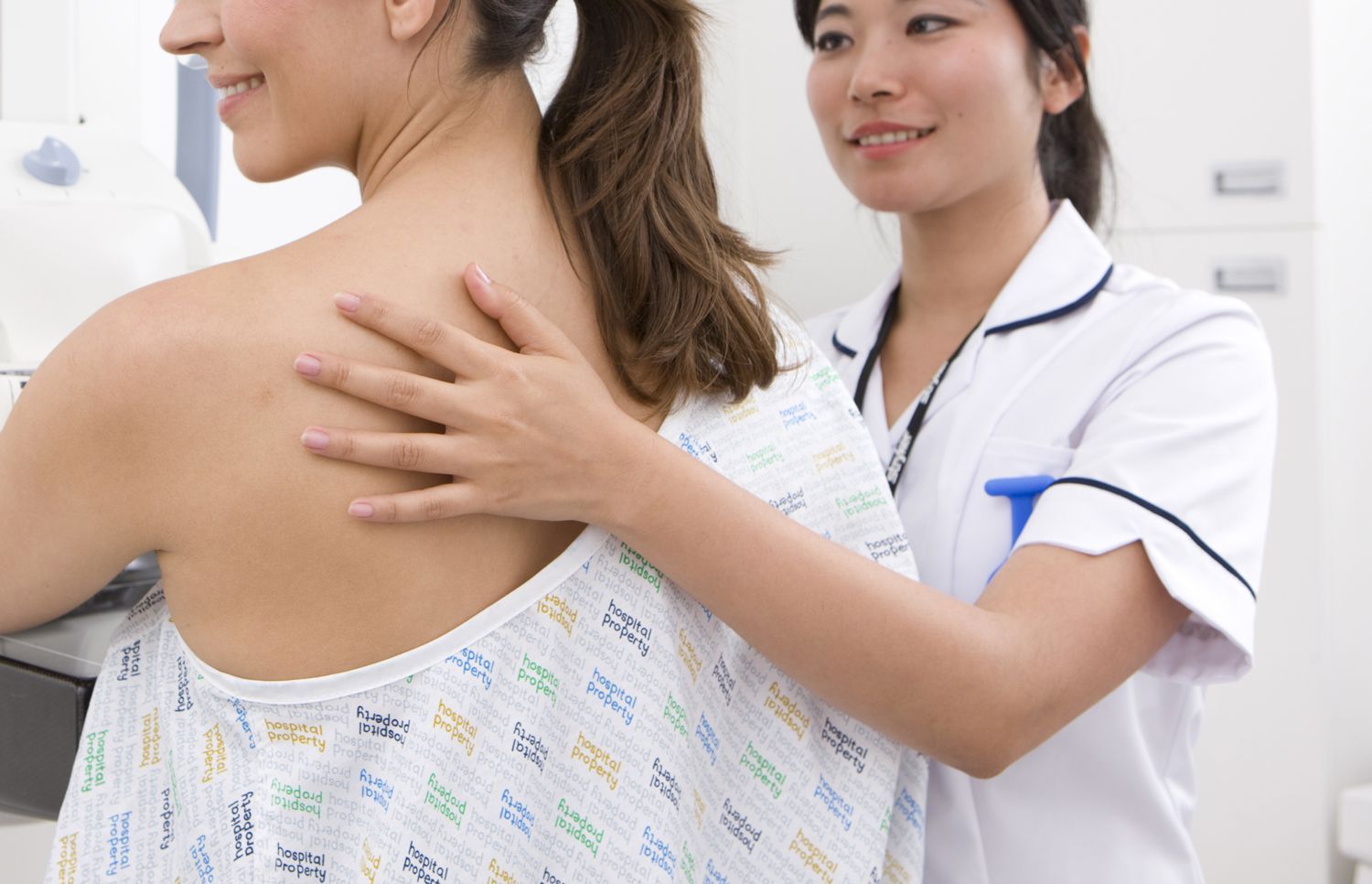 Research indicates that one action could increase the risk of breast cancer 30%-79%.

Breast cancer. In 1973, one out of every twelve women battled it. Currently, one of every eight women in the U.S. will be diagnosed with it. We likely all know someone who has been diagnosed; many of us have seen the fight within our own families. While I was in high school, my mother was diagnosed with breast cancer and had to undergo treatment and surgery. Thankfully, she is one of the survivors. Every year, about 40,000 women aren’t so fortunate.

Despite marches for the cure, millions of dollars of research, and public campaigns against overeating, smoking, and anything else that might be related to breast cancer, more than 240,000 women are expected to be diagnosed in the United States this year. While a woman’s risk for breast cancer increases if she has a family member who has suffered from it, about 85% of cases occur in women who have no family history of breast cancer.

So what else could contribute to the increased number of women diagnosed with breast cancer?

What if there was research that showed one action could change your risk of breast cancer by 79%? Would it be worth exploring? What if this action only made it 30% more likely you would develop breast cancer? Would you feel entitled to know more?

These questions are at the center of Punam Kumar Gill’s new documentary film Hush. Gill, an award winning pro-choice feminist filmmaker dared to ask the question, “Is there a link between abortion and breast cancer?” What she discovered changed her life and revealed that few women are equipped with the knowledge necessary to make an informed decision about their pregnancy.

Gill started her search by looking at the opinions of the National Institute of Health and the National Cancer Institute. Both categorically stated on their websites that there is no link between abortion and breast cancer. Case closed.

But is the science actually settled on this question?

Having seen the official story, Gill turned to the published research on the subject to see if it matched what women were hearing from the media and the NCI.

In research jargon, a "link” is properly termed a “positive association” or “increased risk” or “risk factor.” It does not define a cause and effect relationship between the risk factor and getting the disease. It’s important to note that having a risk factor does not mean you will definitely come down with a particular condition, just that you are at an increased risk of developing the disease.

Out of the 108 studies, 79 (nearly 3 in 4) found an increased risk between induced abortion and the later development of breast cancer. When she delved deeper, she discovered that studies from all over the world demonstrated a higher rate of breast cancer among women who have had abortions:

Dr. Joel Brind, professor of Human Biology and Endocrinology, performed a meta-analysis of twenty-three available studies in 1996. He found that there was a 30% increased risk of breast cancer for women with abortion histories.

Brind told Gill, “This about science. This is about the effect on women and whether or not abortion increases the risk of breast cancer.” He went on to explain how his meta-analysis was peer-reviewed and conducted in partnership with pro-choice scientists.

In 2014, a meta-analysis published in the international journal Cancer Causes and Control by Yubei Huang et. al of the Tianjin Medical University provided shockingly similar results. Huang examined 36 studies in China and found a 44% average increased risk of breast cancer among women with abortion histories. This risk increased to 76% for those with two abortions and 79% for three.

But how is this possible? How can induced abortion increase a woman’s risk of developing breast cancer?

Dr. Pierre Band, a pioneer in the field of Oncology, explained to Gill why the two may be linked. Scientists performed a study of rabbits. If they painted rabbit ears with a cancer-causing substance, a carcinogen, nothing happened. But, if they then injected the rabbits with medicine to cause cells to multiply rapidly cancer did develop. Scientists like Band refer to this process as initiation and promotion. One agent or substance sets the stage for cancer to develop, and another one gets the process in motion. When a woman conceives, her body begins producing estrogen and progesterone at 2000% the normal rate.

Estrogen and progesterone are both initiators and promoters in the development of cancer.

Currently, the medical community warns women that hormone replacement therapy, post-menopausal obesity, plastics, and the number of lifetime menstrual cycles can dramatically increase their risk for breast cancer. Each of these increases estrogen or estrogen-like substances in the body. Estrogen causes breast cells to multiply through cellular division.

When a woman reaches late-term pregnancy, after 32 weeks, many of her breast cells have matured fully to begin producing milk. Once a breast cell matures, it has “switched off, “meaning it can no longer multiply, making it less susceptible to carcinogens. Mature, milk producing breast cells are less vulnerable to becoming cancerous. This is one of the reasons women are often encouraged by their doctor to breastfeed.

Late-term pregnancy turns off cellular multiplication. Abortion terminates the pregnancy before the woman’s breast cells switch off, leaving her with a body pumped full of estrogen and progesterone and breast cells left in a vulnerable state of increased risk of becoming cancerous.

Unlike induced abortion, spontaneous abortion in the first trimester, or miscarriage as it is commonly known, does not increase a woman’s risk of developing breast cancer because her hormone levels never reach that of a normally developing pregnancy.

Gill discovered that the science of breast maturation and its possible connection to cancer is recognized by the medical community, including the National Cancer Institute which states, “pregnancy and breastfeeding have direct effects on breast cells; causing them to differentiate, or mature, so they can produce milk. Some researchers hypothesize that these differentiated cells are more resistant to becoming transformed into cancer cells than cells that have not undergone differentiation.”

Even the World Health Organization has recognized the risks of increased estrogen. It listed the Combined Oral Contraceptive Pill, “The Pill” as it is most popularly known, as a group 1 carcinogen, along with other forms of estrogen and progesterone therapy.

Troubled by the research, Gill returned to the politically-funded national medical organizations to ask why they were so sure there was no link between abortion and breast cancer. Their response?

They stonewalled her. Not a single national medical organization would respond to her requests for comment.

What were they afraid of? If the science was so settled, why not explain the faults with Huang’s research, or any of the many other domestic and international studies that continue to find a link between abortion and breast cancer?

Gill pointed out that the Surgeon General decided to require warning labels on packs of cigarettes highlighting the link between smoking and birth defects when there were only seven studies that showed such a link.

Today, there are more than seventy-eight studies showing a link between abortion and breast cancer and yet most women remain unaware that there is any connection.

I am pro-life. Gill remains pro-choice. In fact, Hush ends with her reiterating her conviction that a woman deserves the right to freely choose abortion. We both agree, however, on the importance of women receiving all the available information before making a decision.

There are few things that are actually settled in science. It is clear that more research can and should be done regarding the link between abortion and breast cancer. However, when those entrusted with crafting medical policies for our nation treat the question as a settled conclusion and shut down, minimize, and outright ignore evidence to the contrary, they reveal that their motivations are dogmatic, not scientific.

In such a climate, the woman trying to decide what to do with her unplanned pregnancy loses.