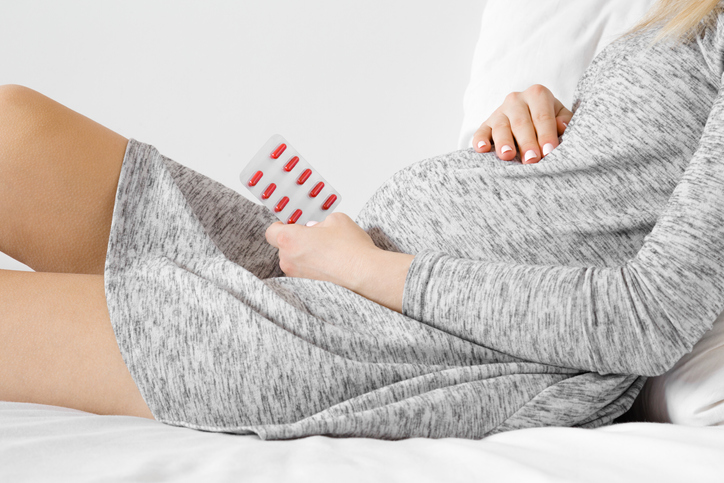 I’m a huge fan of telemedicine. For example, if a child has a rash, we hold the affected limb up to our phone’s camera. Within minutes the doctor can tell us what it is and call in a prescription to the pharmacy. Amazing! Especially during the COVID-19 shutdowns . . .

But there’ve been a few times that we’ve used telemedicine and it wasn’t enough. The doctor couldn’t confirm a broken bone over a video call, neither could they confirm an infection. Both required us to visit urgent care and have testing and x-rays done. It’s understandable of course. A doctor can only do so much to care for his or her patients over the phone.

And yet, states across the country have made it legal (due to COVID)—for the life-ending abortion pill, mifepristone—to be administered through telemedicine services. And I wonder: Is choosing to end the life of your unborn child really in the same category as my son’s rash?

When first approved by the FDA, the abortion pill could only be obtained by a doctor or clinic certified to prescribe it. Women were required to go to a clinic, hospital, or medical office and be seen by a doctor before getting their prescription. In 2016, these restrictions were partially revised to extend the gestational age limit (up to 70 days of gestation) and to eliminate the requirement for follow-up with the prescriber after use. Now, it seems that abortion is only a phone call away. This seems like a far stretch from the “safe, legal, and rare” mantra that once guided abortion policy.

Though abortion advocates praise the use of this pill as a lifeline during shelter-in-place orders, it seems that—once again—the health and safety of women is not as important as ensuring abortion happens without interference. "Rare" has been replaced with "regular."

Last month ten states including Indiana, Louisiana, Alabama, Arkansas, Idaho, Kentucky, Mississippi, Missouri, Nebraska, and Oklahoma filed a “motion to intervene,” which essentially makes them a party to the lawsuit filed against the FDA by the American College of Obstetricians and Gynecologists (ACOG) and others who are suing the FDA to permanently lift in-person dispensing requirements.  These ten states have sided with the FDA as they defend their own in-person dispensing laws that ACOG and others are attempting to classify as unconstitutional.

Mifepristone is the first of a two-part drug regimen to carry out an at-home abortion. It’s prescribed to reduce the severity of miscarriage symptoms, but its safety record is far from perfect. In addition to the countless number of aborted babies, the drug has caused a reported 24 deaths among pregnant women—including two cases of ectopic pregnancy death and several cases of sepsis (a severe systemic infection).  An additional 4,200 reports have been made over adverse events such as hospitalizations and other serious complications. Instances like these make requiring a follow up visit seem like a wise precaution.

Beyond the physical repercussions of abortion via telemedicine, one has to wonder about the (likely unreported) emotional consequences of ending the life of your child in this way. Women who take this pill pass the fetus in a way similar to having a miscarriage. This can include, depending on the gestational age of the fetus, seeing things that clients aren’t emotionally prepared to see.

Wasn’t abortion legalized so women would no longer turn to dangerous at home procedures?

What’s clear is that in the age of abortion by mail, Care Net’s network of 1,100 pregnancy centers has its work cut out. These centers can’t do it alone. It’s going to take Pro Abundant Life people in communities all over the country who are willing to connect with women facing crisis pregnancies and who are willing to encourage and support them to make decisions for life.

(For more information on how you can help women and men at risk for abortion, visit makinglifedisciples.com to learn how you can bring pro-life ministry to your church).