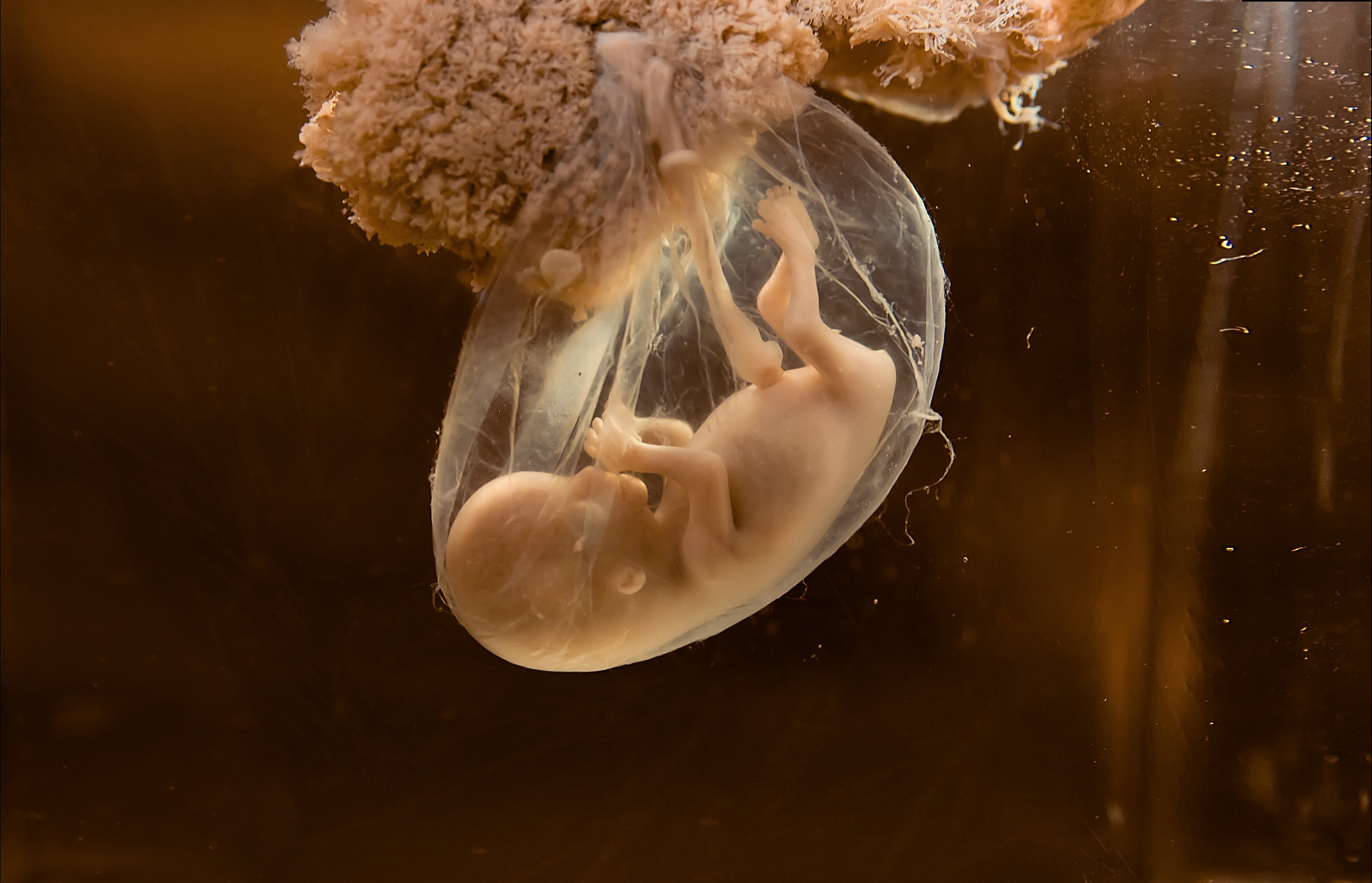 The Fourteenth Amendment’s use of the word “person” guarantees due process and equal protection to all members of the human species, even those in the womb.

During his first term on the Supreme Court, Justice Neil Gorsuch has in many ways shown himself to be a kindred spirit to the late Justice Antonin Scalia. Justice Gorsuch—like his predecessor—is an originalist, which means that he seeks to ascertain the original meaning of the constitutional text and to apply it faithfully. But one wonders: will Justice Gorsuch distinguish himself by being a more consistent originalist with respect to the constitutional status of abortion?

The late Justice Scalia wrote in his Planned Parenthood v. Casey opinion that “the Constitution says absolutely nothing about” abortion. In his view, the Fourteenth Amendment’s guarantees of due process and equal protection for all “persons” do not encompass prenatal life. Instead, the question of abortion should be decided state-by-state through the “political process” and “democratic choice.” In a 2008 interview, Justice Scalia opined:

There are anti-abortion people who think that the constitution requires a state to prohibit abortion. They say that the Equal Protection Clause requires that you treat a helpless human being that’s still in the womb the way you treat other human beings. I think that’s wrong. I think when the Constitution says that persons are entitled to equal protection of the laws, I think it clearly means walking-around persons.

Does the Constitution really only protect “walking-around persons” under an originalist interpretation? Or can one make a compelling originalist rejoinder by examining the original meaning of the term “person” as used in the Fourteenth Amendment? I attempt to do just that in my article, “Protecting Prenatal Persons: Does the Fourteenth Amendment Prohibit Abortion?” published in the Harvard Journal of Law and Public Policy.

Starting with the Text

Dictionaries of common and legal usage at the time of the Fourteenth Amendment’s adoption treated the word “person” as interchangeable with “human being” or “man.” For example, the 1864 edition of Noah Webster’s Dictionary of the English Language defined the term “person” as relating “especially [to] a living human being; a man, woman, or child.” The entry for human includes those belonging to “the race of man.” No dictionary of the era referenced birth or the status of being born in its definition of “person,” “man,” or “human being.”

In legal usage, the term “person” had expansive scope. Alexander Burrill’s New Law Dictionary and Glossary defined “person” as “A human being, considered as the subject of rights, as distinguished from a thing.” This is consistent with Blackstone, for whom there was no distinction between biological human life and legal personhood. He considered every human being to be a “natural person.” Blackstone declared in his authoritative Commentaries that “life is . . . a right inherent by nature in every individual; and it begins in contemplation of law as soon as an infant is able to stir in the mother’s womb.” This mention of the preborn child’s stirring was intended to protect prenatal life as soon as it could be discerned, not to exclude human life from protection prior to that point. Thus, the principle can be derived from Blackstone and others that if human life could be shown to exist, legal personhood existed also.

The English common law tradition—which the United States inherited and developed after its independence—consistently treated abortion as the wrongful killing of a human being. Abortion was prohibited as soon as life in the womb could be detected. Prior to the advent of modern medical science, unborn life was detected at “quickening,” that is, at the first perceived fetal movement. This proved a useful evidentiary tool for determining whether the crime of abortion had occurred. Legal giants such as Lord Coke and Blackstone formalized the legal principles protecting prenatal life, which were eventually passed on to the American colonies and adopted into their state common law systems. When embryologists discovered that each human individual begins its life cycle at fertilization in the 1830s, the states rapidly discarded the obsolete quickening standard in favor of the new, medically accurate fertilization standard.

By the time the Fourteenth Amendment was ratified in 1868, the states widely recognized unborn children as persons. Twenty-three states and six territories referred to the fetus as a “child” in their anti-abortion statutes. Twenty-eight labeled abortion as an “offense against the person” or a functionally equivalent classification. Most strikingly, the same Ohio legislature that ratified the Fourteenth Amendment in January 1867 passed legislation criminalizing abortion at all stages in April. The committee that reviewed the bill, which was composed of several Senators who had voted for ratification of the amendment, declared in their report that abortion “at any stage of existence” is “child-murder.” Given the historical context, it is clear that the public meaning of the term “person” in 1868 included the preborn.

The framers of the amendment themselves certainly thought their amendment required due process and equal protection of every human being. While the intentions of the drafters of the Fourteenth Amendment do not directly govern the meaning of the text, it is worth wondering whether the radically inclusive amendment can reasonably be interpreted to exclude a subset of individuals who were considered human beings at the time it was written.

The primary framer of the Fourteenth Amendment, Representative John Bingham, believed the Amendment prevented states from refusing “any of the rights which pertain . . . to common humanity.” Senator Jacob Howard, who sponsored the Amendment in the Senate, emphasized that the Amendment guaranteed even the lowest and “most despised” members of the human race equal protection of the laws. During congressional debates, Representative James Brown asked rhetorically: “Does the term ‘person’ carry with it anything further than a simple allusion to the existence of the individual?”

As Justice Hugo Black later put it, “the history of the [Fourteenth] Amendment proves that the people were told that its purpose was to protect weak and helpless human beings.” The drafters of the Amendment carefully crafted the text to include all human beings within its jurisdictional reach, regardless of their origin or circumstance. Their widely shared belief sheds light on the Amendment’s public meaning at the time of its adoption. The Fourteenth Amendment was meant to be a new birth of freedom for all human beings.

A Clear Case for Originalists

In his Roe v. Wade majority opinion, Justice Harry Blackmun acknowledged that if “personhood is established,” the case for a constitutional right to abortion “collapses, for the fetus’ right to life would then be guaranteed specifically by the [Fourteenth] Amendment.” Under an originalist interpretation of the Constitution, the edifice supporting Roe and its progeny crumbles.

Given the original public meaning of the term “person,” the contemporaneous anti-abortion statutes purposed to protect prenatal life, and the public explanations given by the framers of the Fourteenth Amendment as to its scope of meaning, protections should be extended to prenatal life on originalist grounds. If constitutional protections for the unborn were acknowledged, a state could not refuse to prosecute the intentional killing of the unborn while continuing to prosecute the killings of other classes of persons without violating the Equal Protection Clause.

In light of the evidence, the Supreme Court should reverse course on abortion. But only two current Supreme Court Justices are identifiably originalist in their interpretive method: Justices Thomas and Gorsuch. Without a majority on the Court who might be persuaded by such arguments, what is the path forward for extending constitutional protections to the unborn?

Each branch and level of government has a role to play. Congress should act immediately under Section 5 of the Fourteenth Amendment to “enforce . . . by appropriate legislation” the Constitution’s protections for unborn persons, such as through the Life at Conception Act. The executive should assert his departmental authority to interpret and uphold the Constitution—rejecting the false doctrine of judicial supremacy and fulfilling his constitutional duty to “take Care that the Laws be faithfully executed.” Finally, the states retain the primary duty to protect the inalienable rights of all human beings within their jurisdictions, the foremost of which is the right to life. States have a responsibility to exercise their police powers (their powers to promote public health, safety, and morals) to prohibit abortion.

Until the Supreme Court, the people, or their elected representatives undo the caste system of separate and unequal treatment for unborn persons, there can be no true equal protection under the law. The legal regime that discriminates against preborn human beings should be abolished on originalist grounds, restoring the harmony between science and law in a manner consistent with the Constitution.

About the guest blogger: Josh Craddock is a student at Harvard Law School. He lives in Cambridge with his wife and two children."

This post was originally published on the Witherspoon Institute's Public Discourse. It is re-posted with the author's permission.