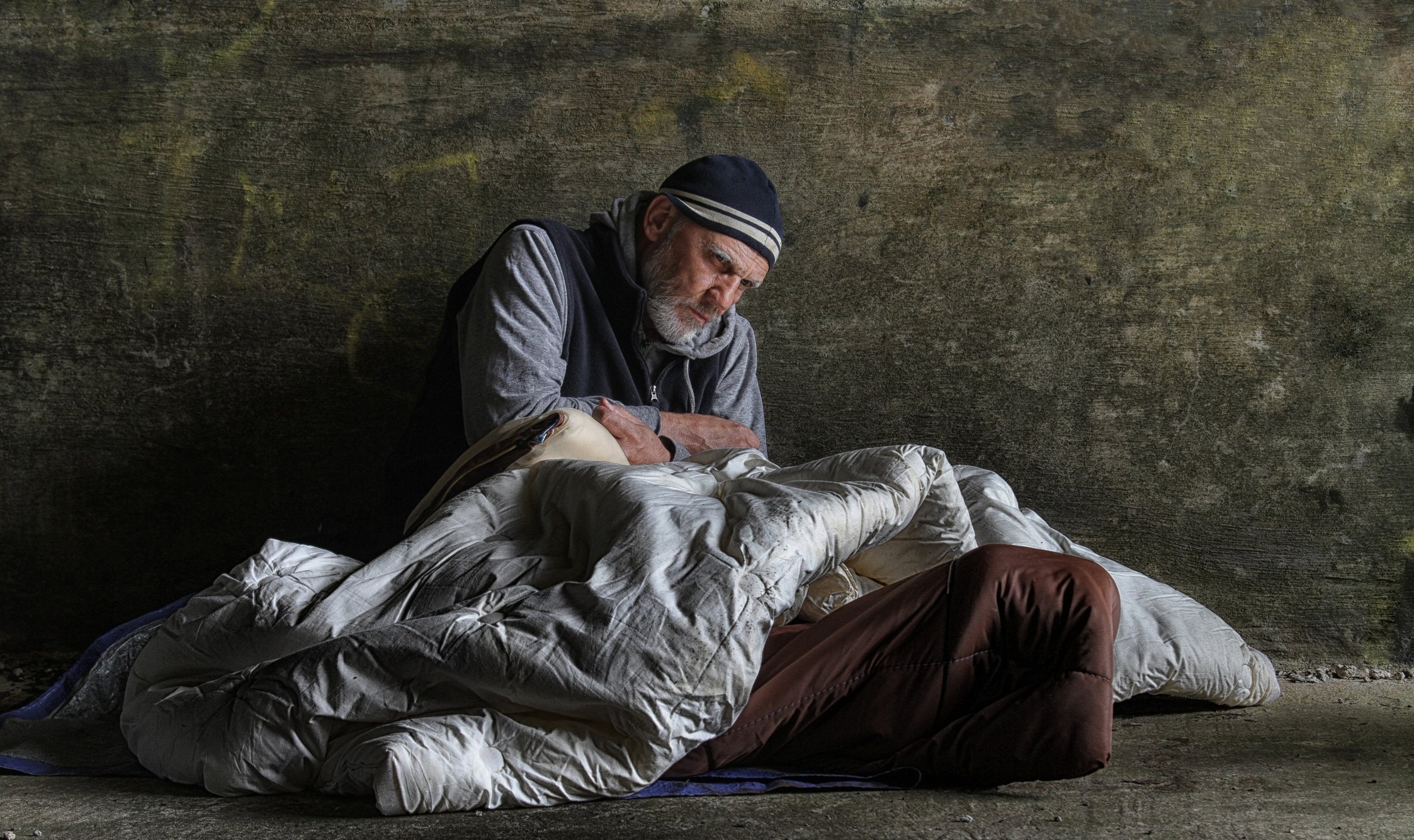 Millions of fathers are going to grow old, on the streets or in isolated homes, with no connection to their children and the social safety net they provide.

Several years ago, my youngest son and I began a regular practice of packing several backpacks with packaged food, toiletries, and small Bibles, and heading to downtown Washington, DC to pass them out to the homeless. Most of the people we met were men and soon I discovered something that truly surprised me.

Most of these men were fathers.

I remember a conversation with one homeless father, who was in his early 50s like me.  He told me that he had been living on the streets for several years. When I queried him about his family, I was stunned to learn that he had seven adult children who lived in the DC area.  However, he said he would not contact them because their relationship had frayed badly over the years. You see, when he was a younger man, he essentially abandoned them and their mother, just like too many men who follow the Siren’s call to self-centered pleasure and irresponsibility. And now, as a "prodigal” father, he could not find his way home. I suppose that his guilt about what he had done in the past and his pride today were significant stumbling blocks that kept him on the streets with other fathers like him.

He was a family-less father.

Today, over 24 million kids live in homes absent their biological father, a social phenomenon that began in the late 1960s. Indeed, I was one of the first waves of kids to live in fatherless homes. As the past president of National Fatherhood Initiative, coupled with my personal experience, I am well aware of the impact that the crisis of fatherlessness has had on the economic, social, emotional, and educational well being of our nation’s children.

That said, as I spent time meeting and speaking with these homeless fathers, I was awakened to the fact that this tsunami of father absence is going to have a second wave. Millions upon millions of fathers are going to grow old, on the streets or in isolated homes, with no connection to their children and the social safety net that these connections provide. Alas, these fathers have broken the “social contract” with their children that says, “I will care for you when you are young and you will care for me when I am old.”  Because these fathers weren’t there for their children, their children won’t be there for them either.

Now, there is a temptation to say that these guys are just getting what they deserve – it is “justice” for them to reap what they have sown. Beside the fact that this perspective lacks the compassion that we afford to others who have erred, it is shortsighted as well.  Unless we have a big human eraser, we are all going to be impacted by family-less fathers because of the substantial economic burden of caring for men who don’t have families who will accept this responsibility. Of note, it is generally less expensive to care for the elderly individually than institutionally.

Several years ago, National Fatherhood Initiative conducted a study called, “The Hundred Billion Dollar Man,” that examined the cost of father absence in our nation. (Here a clip of a CSPAN I did about the report.)  As the title suggests, the annual cost was $100 billion and this was just federal spending, not including state expenditures. Moreover, the analysis did not include the cost of the criminal justice system, which is certainly an on ramp for family-less fathers.  So, given these facts alone, the cost of caring for aging family-less fathers is sure to be in the billions as well.

What, then, must we do about this? Well, the first step is to acknowledge that we have a problem and to shed the persistent cultural indifference to the father absence issue. Unfortunately, too many people in our culture and in positions of power view fathers as superfluous; they may be nice to have around but they are not essential to the well being of children and families. We must abandon this pernicious narrative — which is contrary to common sense and reams of social science data — and, instead, articulate a new narrative that helps men understand their critical roles as husbands and fathers, and then challenge, educate and equip them to take on those roles.

Finally, we have to help prodigal fathers find their way home and, if at all possible, help them restore the social contract with their families. This will require repentance on the part of these fathers and forgiveness on the part of mothers, sons, and daughters. As one whose father was absent on a daily basis, I understand fully how difficult this can be to do. But, do it we must because to not act is a burden too great and expensive for us to bear.