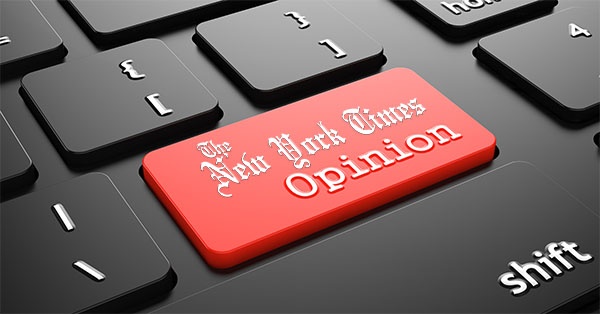 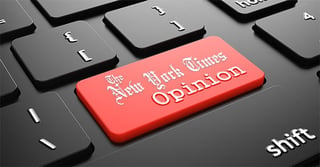 As someone who has had opinion pieces published myself and has helped other people get their pieces published, I have first-hand experience working with the opinion page editors of major national publications.

So I know that even when you write an opinion piece, you are going to be scrutinized for every statement you write to ensure that it meets basic journalistic standards such as factual accuracy, avoiding hyperbole and stereotypes, and not distorting context.

By these measures, a recent op-ed in The New York Times fails. Titled, The Stealth Attack on Abortion Access, and authored by Meaghan Winter, it covers the same tired ground that pro-choice advocates have been trying, unsuccessfully, to cover for years – that pregnancy centers are deceptive, provide false information to women, and, by their very existence, “restrict” access to abortion.

As Care Net president and CEO wrote in a piece in the Huffington Post, The Misconception Deception, the attacks against pregnancy centers are ungrounded. The “documentary” that the op-ed references, Misconception, is biased activism posing as unbiased journalism, and its claims are preposterous.

Without going over all of that ground again (you can read the op-ed here), the most compelling argument against the supposed “deceptive” nature of pregnancy centers is that 98.7 percent of Care Net center clients who completed a written exit survey in 2013 indicated that their overall experience at the center was positive.

Honestly, if we really were being deceptive and obstructionist, would virtually every one of our clients give us good reviews? You would have to believe that women are stupid or easily duped in order to believe that. We don’t think women are stupid or easily duped, and because of that, we believe they deserve access to all of the information they need in order to make fully informed decisions for their lives.

Ms. Winter’s op-ed, on the other hand, falls back on the same condescending tone of hit pieces like Misconception, assuming that women need to be “protected” by bogey men who are out to get them.

Winter is so desperate in her attempts to make the pregnancy center movement appear sinister that she writes things like “…Americans United for Life (A.U.L.), a legal organization that for decades has quietly drafted model anti-abortion legislation.” Quietly? AUL does press releases and public celebrations when its efforts are successful.

She writes that a crisis pregnancy center is “a religious nonprofit organization that obstructs women’s access to abortion.” That is like saying that a burger joint “obstructs” a diner’s access to pizza. It’s a deceptive, hyperbolic statement for her to make, at best.

She also writes, “When providers like Planned Parenthood are shut down, they leave low-income women with few alternatives for reproductive and preventive health care.” Hogwash. As the website getyourcare.org shows, there are literally thousands of health clinics for low-income women across the country that dwarf the number of Planned Parenthood locations – about 13,540 such clinics compared to 665 PP locations. Winter knows this, but chooses not to tell you. Why?

Her next claim is that “[pregnancy] centers are often staffed by evangelical women who lack professional licenses.” This statement assumes two things: 1) that there is something wrong with being an evangelical Christian, and 2) that a license is required for all of this work. Putting aside her bias against Christians, let’s deal with the second implication. As Roland wrote in Misconception Deception, “all of our centers that provide medical services do so in accord with their state laws and operate under the direction of a licensed medical director.” In other words, where the law requires a license, we have one.

Finally, she makes the oft-repeated claim, “...I found that the information the centers gave women was often rife with omissions and misinformation.” If this is true, then her side had better do some fact checking for itself. Because the only research we use for the claims we make about the risks of abortion comes from biology textbooks, peer-reviewed academic journals, and places like the Guttmacher Institute, which was part of Planned Parenthood’s corporate structure when it was founded.

Putting aside for a moment the point Winter is trying to make, it is clear that The New York Times set aside its journalistic standards in order to publish a piece that it agrees with. Shame on them.

But, more importantly, it is critical that the public is not deceived about the incredible work of pregnancy centers, which provide alternatives to places like Planned Parenthood.

The main reason for the deception: money. We will be providing some game-changing data in the next few days that will expose why pro-choice people are so threatened by pregnancy centers and why they write desperate pieces like this one in The New York Times.