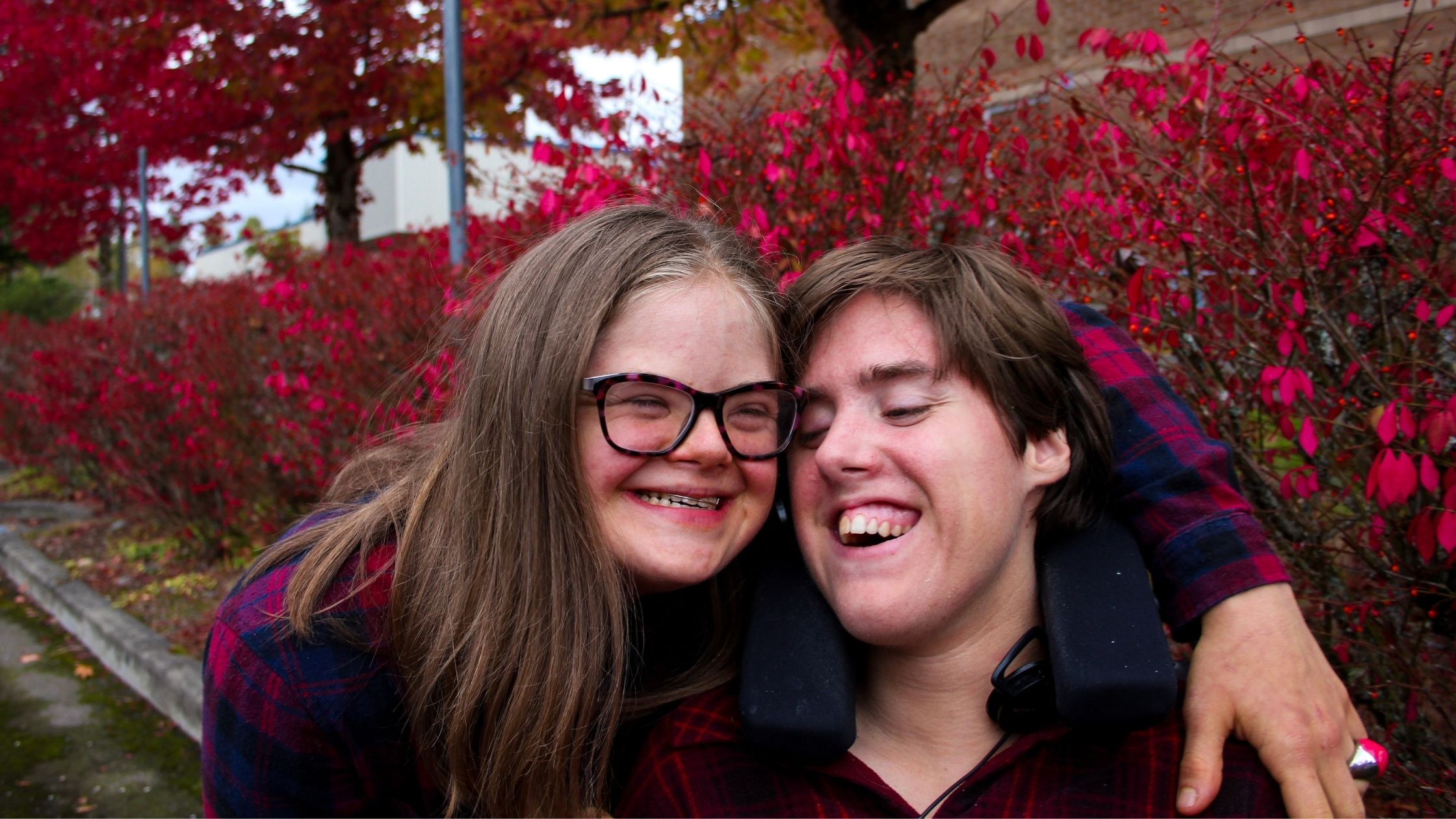 The Promise Children: Five Stories of Children With Down Syndrome

To be different is celebrated in our culture, whether that be celebrating your ethnic background or living out your worldview. Every person is unique, and as a culture we value diversity. But, when it comes to the unborn with Down syndrome, to be different isn’t okay.

According to the most recent study published in 2012, between 67%-85% of children prenatally diagnosed with Down syndrome are terminated in the United States. Many medical professionals often interpret a prenatal Down syndrome diagnosis as a death sentence, not only for the unborn baby but for the family’s livelihood as well. Expectant families are often left with little hope, and for many, termination seems like the only way out.

Care Net conducted interviews with numerous families across the United States and choose these five stories to share with you. Our hope is that these true stories will encourage you that kids with Down syndrome, whether unborn or born, promise so much more than the negative outlook our culture gives their families.

Sandy and James Walker from Seattle, Washington were so excited to welcome a sister for Jessica, who was their three-year-old daughter at the time, now 26, with cerebral palsy, when they discovered that they were pregnant in the fall of 1997. However, the Walker’s dreams for a typical daughter were crushed when the doctors told them that their newborn daughter, Hannah, had Down syndrome. Sandy and James did not know how they were going to care for two daughters with special needs. James crawled into his wife’s hospital bed shortly after hearing the news. “I just can’t imagine what God still needs to teach us through this child that we haven't already learned with Jessica," James said to Sandy. 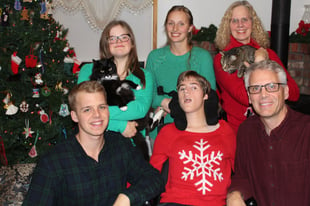 Now, 23 years later, the Walker parents wouldn’t exchange their Down syndrome journey with Hannah for a more typical daughter. Hannah is fairly independent, a chatterbox, and can read fluently. She does not understand a lot of what she reads, but convinces the people around her otherwise. She is an advocate for her sister and often pushes Jessica’s wheelchair on family outings. Hannah also likes to dance, bowl, and swim.

Sandy and James would be one of the first to tell anyone that life is not easy parenting children with special needs. They worry about Hannah and Jessica when they are gone. The Walkers are considering moving the family to Montana so they can be near their son, James, so he can help care for his sisters in the event of his parents passing. But, despite the lows, the Walkers can’t imagine life without their precious daughters.

Krista Brewer from Los Angeles, California used to brag to her friends when she was 10-years- old that she would write a book someday on why people shouldn’t have kids. Her upbringing had taught her that raising kids was more of a burden than a blessing. God changed Brewer’s heart more than 15 years later after she watched a short pro-life film, and, not long after watching the video, she found out she was pregnant. Unfortunately, she miscarried, and what followed were years of infertility.

Brewer felt God’s call to adopt after five years of infertility, and two years later, in 2007, she adopted her two-year-old son José with Down syndrome from the Los Angeles County foster care system. 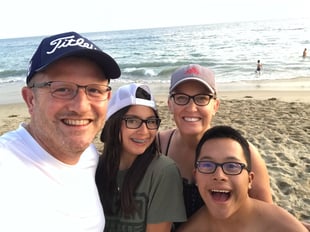 José is 17 now and entering 11th grade. He struggles with articulating words, but that doesn’t stop him from communicating with his heart. His smile endears him to strangers, and peers from his high-school, even if they aren’t in his classes, give him a high-five when they see him in the supermarket. He is the popular kid at his local high-school of approximately 3,000 students. While he hardly plays as part of the football team, his teammates hoist him up whenever they win a game.

While Krista and her husband, Buddy, have to assist José in crossing the street, cooking food on the stove, or turning water on in the shower due to his lack of safety awareness, his challenges are just differences to them. It brings tears of joy to Krista whenever she contemplates just how blessed her life is because of José.

Charla and Keith Jensen from Wenatchee, Washington, found out their second daughter, Briana, had Down syndrome when Charla was around 13 weeks pregnant. Briana’s neck was as thick as her shoulders and she had fluid around all her major organs. Doctors also believed Briana had cystic fibroma. They gave Briana less than a 2% chance of survival, and doctors encouraged Charla and her husband to terminate the pregnancy for Charla’s safety.

It was hard news for the couple. Neither of them knew anyone who had Down syndrome. Keith feared losing his wife due to the high-risk pregnancy. He also wrestled throughout the pregnancy with forming an emotional attachment to Briana as her 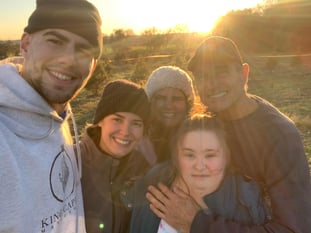 survival was uncertain. After a dark 24-hours following the news, both Charla and her husband ultimately decided to choose life.

Briana’s chance of survival increased to 80% as the pregnancy progressed.

Charla gave birth to Briana on Christmas morning, 1998. She was born perfectly healthy with no sign of the cystic fibroma doctors thought she would have. The walls Kevin had built around his heart in case his daughter didn’t survive melted the instant he saw Briana with her beautiful blue eyes, and he cried uncontrollably.

Briana is 22 now. She is best friends with her older sister, Natasha. They slept in the same bed until Natasha was in high school. When they were little, Natasha used to keep Briana up as she loved talking with her. Briana always tried hard to stay awake.

Natasha considers Briana the most loving, forgiving, and joyful person she has ever met.

Cheyenne was born at a local hospital in Sioux Center, Iowa in January of 2006 eight weeks early and two hours after her mother’s water broke at work. Her mother, Sarah, who was only 20 at the time, had no idea her first child would have Down syndrome. The flight team airlifted Cheyenne to the larger hospital in Sioux Falls, South Dakota for further testing after informing Sarah and her husband less than an hour after delivery that Cheyenne likely had Down syndrome. Sarah called her dad after receiving the news and told him about the suspected diagnosis, and his response was exactly what she needed to hear.

Further testing confirmed that Cheyenne did in fact have Down syndrome. The newborn had to have surgery a few days after birth to repair intestinal blockage, a huge red flag of the syndrome that doctors had missed during the pregnancy. While it was not easy to learn of her daughter’s diagnosis, God brought

Sarah’s heart to a place of acceptance and openness to God’s plans for her daughter. Cheyenne was her beloved daughter, and an extra chromosome wouldn’t change that.

Cheyenne’s chromosome count has not made her any less valuable to Sarah 15 years later. Cheyenne just got her first job at a pizza chain restaurant and graduated from eighth grade. She constantly reminds Sarah of the beauty in life. Just the other day, Cheyenne and her mom were biking on a trail spattered with goose droppings. Sarah’s focus was on the bird poop, but Cheyenne’s gaze was on the geese hanging out by the nearby pond. “Oh, they’re beautiful!” she said. Sometimes, Cheyenne will just look at Sarah in the midst of a chaotic day, no matter how grumpy Sarah feels or how crummy she looks, and tell her she is beautiful.

While Sarah has to continually reaccept that Cheyenne won’t meet milestones as quickly as her peers, she wouldn’t want to change her. Cheyenne is a special gift, which is why Sarah cannot wait to meet the child with Down syndrome her and her husband hope to adopt in the near future.

Sarah and her family are one of several families waiting in the U.S. to adopt a child with Down syndrome.

Anne Nantz from Chantilly, Virginia received devastating news one night after work. The results from the Noninvasive Prenatal Testing (NIPT) had come in, and her unborn baby had a 94% chance of Down syndrome. Nantz cried all night into the next day when she had her appointment with a maternal fetal medicine doctor, who offered her a more conclusive diagnostic test or termination. Nantz felt torn. She worried about bringing a child into the world that might have a really hard life who didn’t ask for it, but at the same time she knew she wouldn’t be able to forgive herself if she chose to terminate. 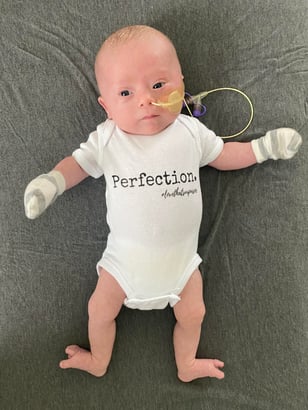 Nantz ultimately chose to continue the pregnancy, but felt terrible anxiety throughout as she could not feel her baby moving and had to constantly rely on the next appointment to guarantee her baby was still alive. Despite these difficulties, she held onto the hope that she had received from numerous moms online who were raising kids with Down syndrome. Through their stories, she knew that her child was worth the journey.

Nantz delivered Tyler by C-section at 37 weeks in April of this year. It was the best feeling Nantz had ever experienced when she heard Tyler cry. She finally knew he was okay.

Tyler was born with pulmonary hypertension, which has since been cured. He will have to have open heart surgery before kindergarten, and is temporarily using a feeding tube to gain weight.

Nantz doesn’t care that she has to take him to multiple doctor appointments. All that matters is that he is safe in her arms.

If you or someone you know has recently received a prenatal Down syndrome diagnosis, please reach out to our Pregnancy Decision Line at 866-802-8077. Our trained coaches would be more than willing to speak with you about your situation and direct you to some resources that can help you make the best decision for you and your baby.