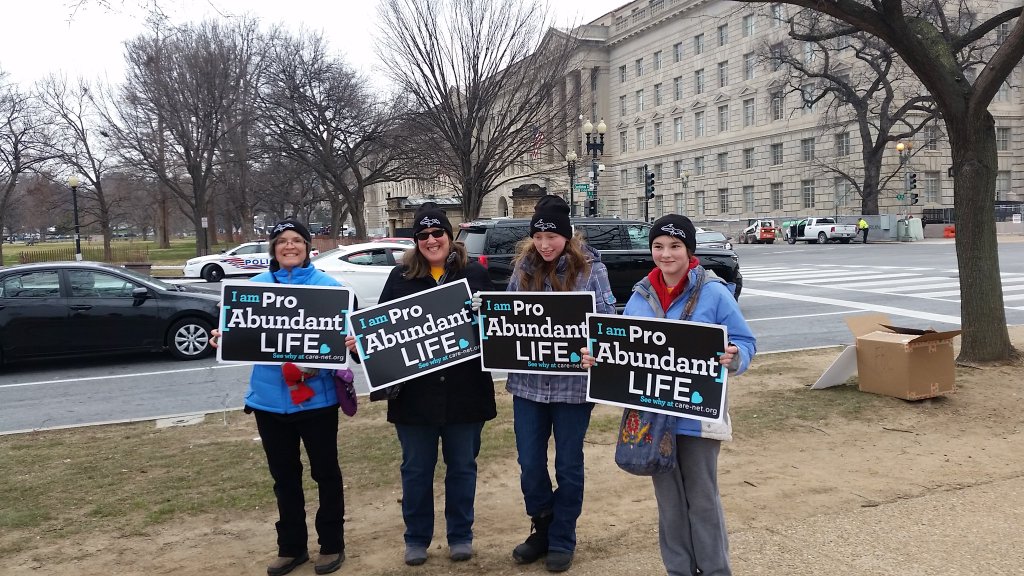 Anyone who has read much about abortion in the news, or commented on an abortion discussion on Facebook or Twitter, has likely encountered three myths in one form or another. Sadly, blog comments or Facebook debates rarely elevate the discussion. Instead, emotion often rules the day. On the surface, the following statements may seem to be reality; closer examination reveals that their justifications are mythical, not rational.

Examples of this statement abound. The Daily Kos, The Huffington Post, and other publications have featured abortion defenders accusing the Pro-Life movement of wanting to force poor, abused, and mistreated women to give birth. Opponents argue that women possess the ability to determine, not just whether they get pregnant, but whether they give birth as well. Every time legislators restrict the timing or circumstances of abortion, they encroach on this fundamental right and “force” women into actions they do not want take. There are several problems with this line of reasoning.

First, society daily “forces” men and women to do things they would otherwise not want to do. I may want to drive 80mph on my way into work, but the state of Virginia says I would be a “reckless driver” for doing so. I may want to punch the guy who cut me off, but to do so would be assault. So the question should not be, “does the pro-life position imply legal restrictions curtailing an individual’s choice?,” but rather, “is there a logical reason for those restrictions?” After all, I would not go around calling assault statutes “pro forced physical restraint laws” or speed limits “pro forced drive slowly laws.” As the old adage goes, “my right to swing my fist ends at another person’s face.”

When looking at the unborn, what logical distinction about personhood exists that would protect a child’s life after birth, but not the five minutes prior? Is the child who is 39 weeks old, but in its mother’s womb, less of a person than the one who is laying in the NICU after being born prematurely at 26 weeks? The child in NICU is arguably more dependent, as its lungs are not able to operate on their own. Yet, few would support a mother’s decision to end the child’s life once it is born, even if born prematurely. If the NICU baby deserves protection and the best medicine available, why doesn’t the unborn child deserve the same?

If a woman should have the right to end the life of her child due to their financial concerns, social pressure, or lack of support, why does that right suddenly end when the child is born? Financial burdens do not decrease with birth, but rather increase, as the mother now has to pay for diapers, daycare, clothes, and other goods. If pro-life advocates are pro-forced birth, then anyone who forces that mother to keep her child after delivery is pro-forced parenthood.

Without a logical distinction between the personhood of the unborn child and the infant, the safety and security of all children is jeopardized. Any attempts to argue that the unborn child is dependent on, or a financial burden to a woman and thus not a person would then apply to infants as well.

Ultimately, the desire of pro-life people is not that we want to force women to do what they don’t want to do, but rather that our social values change to the point that people no longer desire abortion.

Myth #2. The pro-life movement does not care about women, just babies.

I am not sure where this myth came from, but it is ubiquitous. Op-eds and pro-choice advocates often equate being pro-life with being racist, sexist, and misogynistic. They write that pro-life centers prey on the poor and minorities by forcing them to have costly pregnancies and then ignore them when they struggle to provide for their babies. For a recent example of this narrative, look no further than comedian Patton Oswalt’s inflammatory and unfounded attack on pregnancy centers this past week. When one looks at the track record of pregnancy centers, reality tells a very different story.

Recently, we reposted the story of Ursula. Ursula was a client of her local Care Net pregnancy center who not only received pregnancy assistance and advice, but a college scholarship as well. She graduated two weeks ago from Regent University and is thankful for the help she received in getting her life back on track.

A Care Net center in Waco, Texas just opened a twenty-four-bedroom facility for homeless pregnant women. In addition to shelter, women will receive much needed education and support as they get back onto their feet.

Moreover, in the last two years, over 97% of the women visiting Care Net centers reported that they had a positive experience at the center. That is a customer satisfaction rate that is hard to find in any industry. So, these stories of women walking away from pregnancy centers feeling deceived and uncared for are fictional accounts not based on any real data.

For our centers, the cause of life compels the protection not only of the unborn, but of the mother as well. We understand that women need compassion, hope, and help when facing pregnancy decisions. Our desire to protect women is not predicated on their views on abortion; pro-life advocates have been at the forefront of calling for increased regulatory oversight to ensure the safety of women seeking abortion at abortion clinics. This endeavor is more needed than ever before as yet another prominent clinic was shut down for gross negligence.

Myth # 3 The pro-life movement only cares about babies in the womb, but disregards their needs when they are born.

While similar to myth number two, this myth accuses pro-life people of disregarding children in need of adoption, financial support, or other material needs. Common manifestations are the accusations, “If you cared about life, you would adopt instead of attacking abortion providers” or “How many children have you adopted?” or “You don’t support government programs for the poor, so therefore you don’t care about babies after they are born.”

Logically, these arguments fail in multiple ways. I do not have to engage in an activity in order to have the right to form an opinion about it. For example, I do not need to be African-American in order to believe that slavery was wrong. Nor do I need to donate to the NAACP before having the right to affirm that racism is wrong. My beliefs should motivate my actions, but actions are not pre-requisites to belief.

If action were required for belief, then this argument would cut both ways. Pro-choice people would be unable to say they cared about the needs of children unless they also adopted.

Fifty years ago, the percentage of Americans below the poverty line was about 19%. Today, it hovers around 15%. While the percentage of those experiencing poverty has only decreased 4%, government welfare spending has increased 1600%. Moreover, much of the decrease in poverty can be attributed to shifting demographics, such as more people living in cities than rural areas. When looking at the data, it is more than reasonable to conclude that simply spending more money on government programs is a dubious way to alleviate poverty.

Furthermore, since we are all subject to the same tax laws regardless of our stance on abortion or our faith in the efficacy of the programs that our taxes fund, all people (pro-life and pro-choice) support those programs to the same degree. So, unless pro-choice people are sending in extra checks to the IRS and asking the IRS to use that extra tax revenue for programs for the poor, they are doing nothing more to support those programs (their efficacy aside) than anyone else.

Furthermore, as the statistics and studies cited under Myth #2 demonstrate, pregnancy centers provide services for the poor, minority, and at-risk babies before and after their birth. If these centers only cared about them in the womb, why would they provide parenting classes, diapers, financial support, and other aid to these children and their mothers? Clearly, their actions indicate that this accusation is unfounded.

When looking at the available data, it becomes clear that pro-life people do care about babies, regardless of whether they are in the womb, and that conviction compels them to action.

Myths like these often surface as knee-jerk reactions to debate, rather than as the results of thoughtful engagement. While it can be tempting to respond to these myths with a witty comeback or one-liner, the most important thing to do is to respectfully dialogue with those who believe these myths to be reality. We have nothing to fear from dialogue. Logic and truth are on the side of life.

What myths of the pro-life movement have you encountered? Comment below. I may respond to them in a future post.