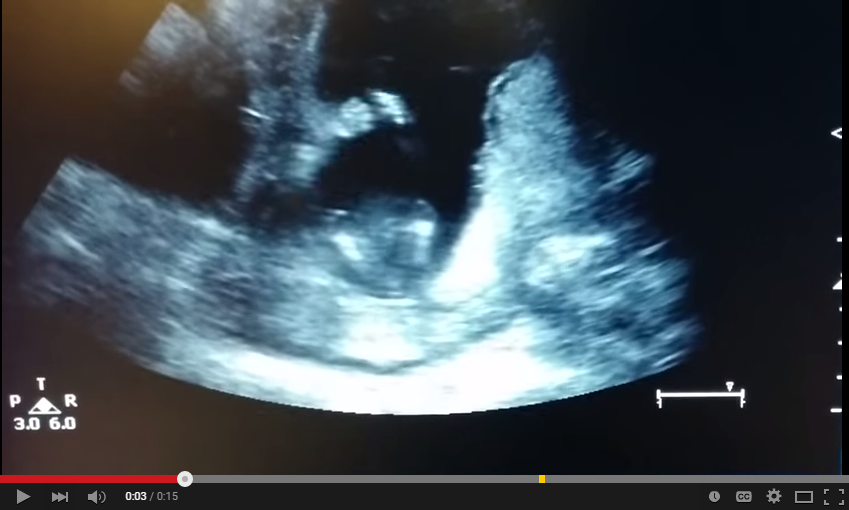 One family's baby announcement turned into a viral video sensation. During the 14 week ultrasound, the parents were delighted when their baby began to clap. The doctor rewound the tape while the parents sang, making for an exciting announcement.

Since then, the video has accumulated almost 8 million views. With such a large number of views, there have been many comments crying that the video is fake. Jen Cardinal, the mother, responded to the naysayers: "The experience is one I'll never forget, the baby clapped three times, then the doctor rewound and scrubbed it while we sang. No mystery. It was amazing. Trolls won't get me down."

In an interview with Yahoo! News, Cardinal states, “We had been trying for three years to get pregnant. We went from not thinking we would get pregnant to having the most fun and surprising pregnancy.”

Regardless of the debate waged in the comments of the video, the clip reminds us of the life inside the womb. The baby, while dependant on the mother for nine months, is a unique individual that possesses the gift of life.

This video serves as a reminder of the power of ultrasounds. Many women have made life decisions after seeing an ultrasound of their unborn babies. Ultrasounds, through making the unseen baby visible, are evidence of the life within the womb.