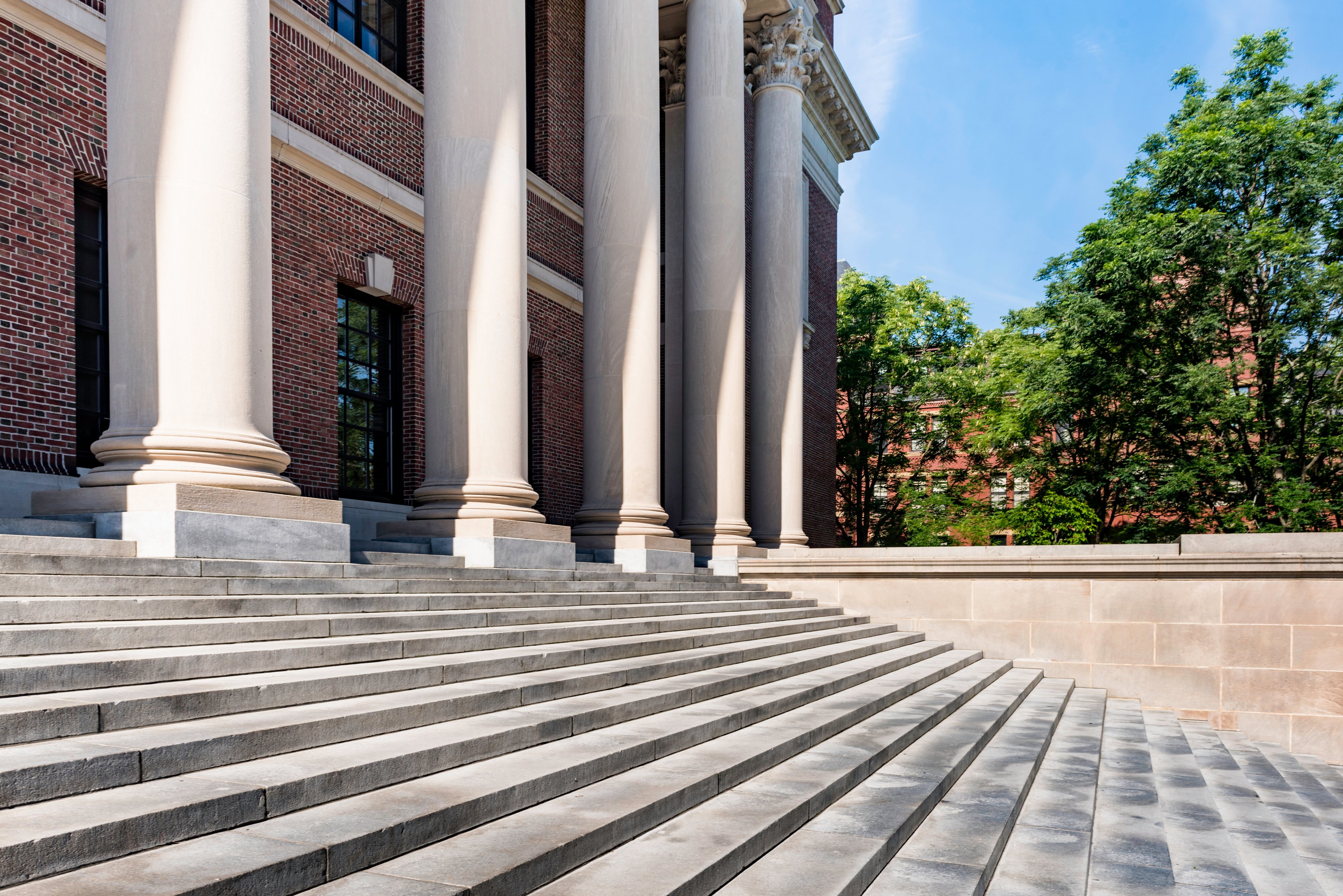 What you are about to read is an unfortunate lesson on academic bias and a signal of the coordinated attacks the pro-choice movement is mounting against life-affirming pregnancy centers and their allies.

Recently, it came to our attention that the University of Georgia College of Public Health had launched a “new” tool to help the public locate pregnancy centers across the country. This “new” tool, called the Crisis Pregnancy Center Map, “identifies the location of every crisis pregnancy center in the U.S. on an interactive map” and lists the services they provide.

Well, we thought this was rather odd since Care Net already has a tool that does just that, our Find a Center tool. It’s a map with the locations, contact information, and services provided by over 1,100 pregnancy centers in the U.S.

Moreover, in the press release announcing this “new” tool, UGA indicated that they created it because pregnancy centers are secretive and don’t want anyone to know where they are or what they do. Thus, UGA was doing a “public service” by helping people find them.

So, we decided to write the University of Georgia College of Public Health asking them to address our concerns. Here is the email that our president and CEO Roland Warren wrote to them, in its entirety (we changed the names and removed the email addresses of the people at UGA to protect their identities):

I just reviewed the news release from the University of Georgia College of Public Health announcing the new Crisis Pregnancy Center Map.

The release appears to indicate that the information you are providing in this tool was difficult for the public to access due to issues with transparency and professionalism from pregnancy centers.

Accordingly, the release makes several dubious, unfounded, and uncited claims, creating a tone that comes across as biased. For example, Dr. Johnson is quoted in the release saying that, “these centers have been widely criticized for not being transparent about their mission.” By whom have they been criticized? When? To make such a claim, your release should have provided examples rather than using the passive voice and not naming anyone who has made such claims.

Moreover, the release repeats ideologically motived and unfounded accusations about pregnancy centers that have been repudiated multiple times. For example, it states that centers “do not adhere to prevailing U.S. medical guidelines.” However, according to Care Net’s affiliation standards, all of our centers that provide medical services do so in accord with their state laws and operate under the direction of a licensed medical director. As you know, if one presents themselves as providing medical service while being unlicensed, it is very easy for authorities to take action.

Finally, the release continues with its ominous tone by suggesting, again without evidence, that “centers are known to change names and locations regularly once they come under public scrutiny.” However, in our network of1,100 pregnancy centers, we rarely see centers change their name or address. Moreover, if they do, the changes are recorded in our publicly available pregnancy center directory (which your release claims doesn’t exist) so that they can be found by potential clients.

To that point, Care Net-affiliated pregnancy centers provided free health and social services to 872,989 people in 2017 alone. These services were valued at over $63 million and were provided primarily to low income individuals. Women, men, and families need the services we provide, so, therefore, we want to be found.  Furthermore, your release states that you were able to find information about these centers by calling them and visiting their websites, much like the people we serve do. If centers were trying to hide, as your release claims, you would not have been able to find this information, nor would the 872,989 people they served last year.

Finally, many pregnancy centers spend decades building their names and reputations in communities so that people know them and can find them via word-of-mouth referrals. Accordingly, changing locations or names would not be something that centers would want to do frequently.

Which leads to the next point. The information your tool provides -- a map of pregnancy centers along with the services they provide -- is widely available public information that can be found on our own websites via our Find a Pregnancy Center tool (here and here). This system, in some form, whether online or offline, has been in place for decades.

Accordingly, the tone and lack of fact-supported claims in your release presents a false impression that organizations like Care Net and pregnancy centers are trying to hide information from the public, when in fact it is easily accessible. Frankly, the tone and language of this press release are more like the talking points of an organization that seeks to damage the good name and valued work of pregnancy centers than one providing objective public health information, which I am hopeful is your organization's goal.

As a result, we would like to request that you publish a clarification on your website that the information provided by your tool is already available on Care Net's website. Additionally, we request that you retract the two comments cited above since they were made without any evidence.

I look forward to your response.

Well, we waited for a response, and when we didn’t get one, we wrote again. Then, a month after our initial email was sent, we got a response. Here it is in its entirety (again we changed names and removed email addresses of UGA employees):

Thank you for your message.

While we appreciate your concerns, we are confident that all statements, including Dr. Johnson’s quotes, in our press release are based on facts supported by current academic findings. Many of these findings are cited on the Crisis Pregnancy Center Map website, which also includes a description of the methodology used to create this tool.

The purpose of our press release was to announce the launch of a new resource for those interested in locating or researching crisis pregnancy centers and to direct them to the website. Due to the limitations of a press release, we could not cover the methodology or the rationale behind the project to the extent that the website itself does.

We encourage you to further explore the website, and if you have issues with the information there, please contact the project team as listed on the contact page.

Again, thank you reaching out.

You probably noticed the same thing we did: their response did not address any of the serious concerns we raised in our email. They did not address their biased, sinister tone nor the fact that their tool was not actually new. So, we tried one last time to at least get them to address our concerns rather than dismiss them. Here is the follow up email Roland sent, in its entirety (again, UGA employees’ names were changed and email addresses removed):

Thank you for your response. However, it does not adequately or accurately address the concerns I brought up in my initial email to you.

I was not questioning your methodology or rationale, per se, but your findings. As I said in my previous email, your release and the project itself suggest that it was not possible for the public to access information about the location and services of pregnancy centers, when in fact that information has been widely publicly available in one form or another (and currently on our websites) for decades.

Moreover, the three statements that are made in the release about the nature of pregnancy centers are factually inaccurate. This has nothing to do with methodology or rationale, nor does it have to do with the distinction between the press release and the full website. A factually incorrect and damaging statement is just that, regardless of whether it is in a press release or elsewhere.

Additionally, you mention that your statements are supported by references.  However, those references are to reports produced by NARAL, which, as you know, is a political advocacy organization, not a research institution. As I am also sure you know, NARAL’s primary goal is to expand access to abortion and to silence anyone who does not support their efforts, such as pregnancy centers.  That said, such references are inadequate for academic research, which, according to your school's mission statement, is a clear conflict to your efforts to engage in "innovative research" and "exemplary education."

Accordingly, to stay true to your mission, if you are going to cite biased advocacy information from NARAL, in order to be fair, then you must also clearly and just as prominently cite Care Net's response to NARAL's claims. This report, entitled “The Truth About Crisis Pregnancy Centers,” provides direct, fact-based rebuttals to the claims made by NARAL, which you referenced in your research.

Therefore, I want to reiterate my request for you to publish a disclaimer or something of that nature that a) establishes that the information provided by your tool is not new or unique, and b) retract or clarify the three false statements your release makes about pregnancy centers and c) cite and link to the above “The Truth About Crisis Pregnancy Centers” report.

Thank you, in advance, for your prompt attention to this important matter.

Unfortunately, we are still waiting for a response to that last email. Don’t hold your breath.

Over the last several months, there has been a coordinated attack against the good work of pregnancy centers, and I can’t help but believe that this exchange is a microcosm of a larger issue. Organizations like NARAL Pro-Choice America and Planned Parenthood have publicly proclaimed their intent to destigmatize abortion and expose pregnancy centers as “fake clinics.” While they have not specifically indicated that they will work with academia on these goals, they have indicated that they will partner with various stakeholders across various sectors of society. It should be no surprise, then, that liberal-leaning institutions of higher education would want “in” on abortion activists’ work of defaming the pro-life community and its allies. For example, is it mere coincidence that pro-choice organization Reproaction released a “fake clinic directory” just weeks after UGA released theirs?

There are at least two lessons to be learned here. First, it does not seem to be a stretch to suggest that some in mainstream academia are biased against pro-life efforts and are working in coordination with pro-choice activists. What are the odds that shortly after pro-choice activism organizations announce their strategy that an academic institution launches an initiative that lines up perfectly with that strategy?

Second, the attack against the pro-life movement is ongoing, it’s coordinated, and it’s dangerous. As news media, entertainment media, academia, and non-profit organizations coordinate their efforts to spread lies about pregnancy centers, real lives could be affected.  Care Net pregnancy centers provided over $63 million in free services to women, men, and families and saved the lives of over 73,000 unborn babies last year alone.

If the public is exposed to is an onslaught of false or misleading information about these amazing organizations, they may be less likely to seek out their life-saving and transforming services. And that would not merely be an “academic” problem; it would be a real tragedy.