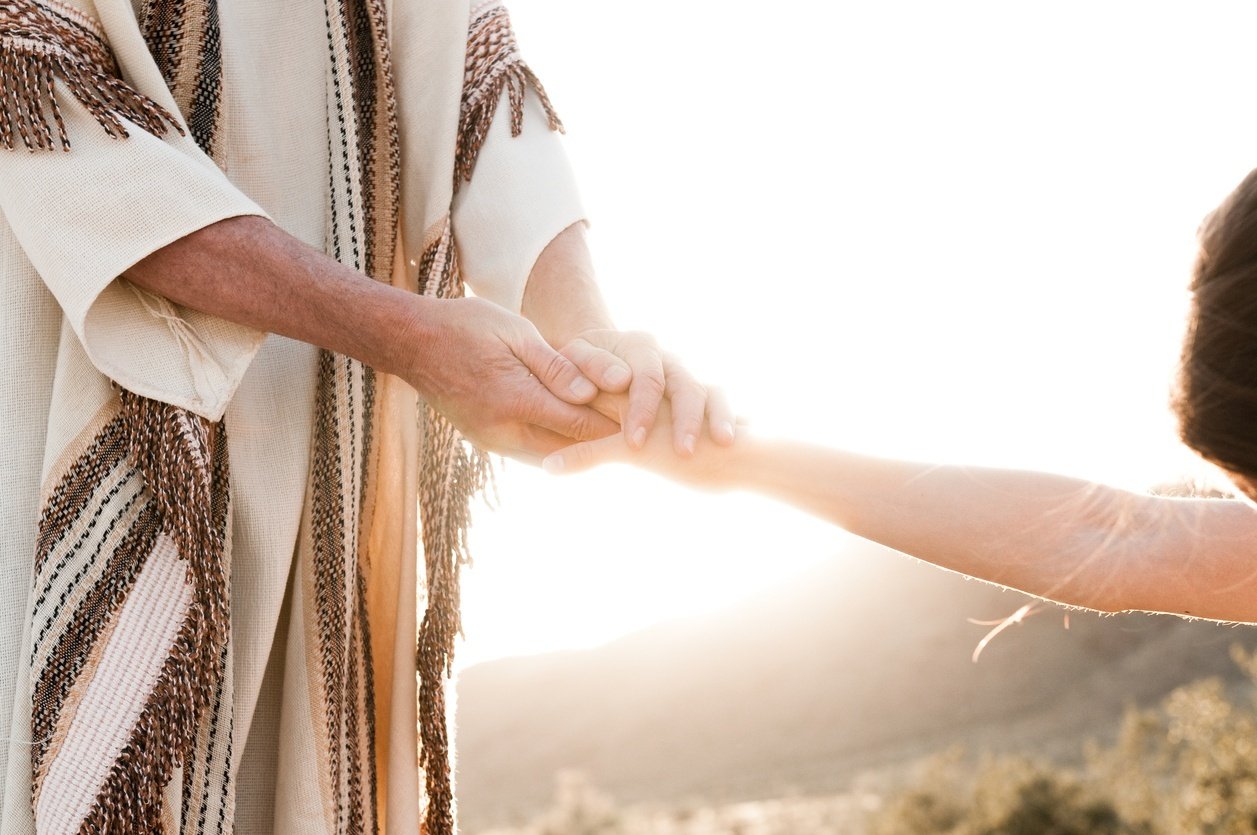 A few weeks ago, I wrote an article responding to the controversy surrounding Heritage Academy’s decision to prohibit Maddi Runkles from walking in her school’s graduation ceremony due to her violation of the student abstinence policy. Of all the articles I have written for Care Net, this one received the most comments.

Reading through the feedback, I found that many objections to my belief that Heritage Academy’s actions were not “how Christians should respond to unwed teen pregnancy” could be grouped under two primary concerns.

First: If the school followed the example of Christ’s response to Peter’s rebellion, they would condone fornication and cause other students to view fornication in a positive, or at least consequence-free, light. Such “mercy” would do little more than cause sin to abound.

Second: The church should love the rule breaker, but still punish the violation. When a student knowingly violates a signed agreement, like a student covenant or honor code, they should not be excused from consequences of that violation. These consequences are meant for their own good and to deter such behavior in others.

I would like to respond to these two central objections to my original piece and show why I believe that the life of Christ once again shows us the way forward in difficult situations like the one faced by Heritage Academy. I believe that Christians must do their best to think about these things before they are faced with such a scenario if they are to properly apply Scripture and not be swayed by emotion and stress, both of which will be heightened during controversies like the one that has embroiled Heritage. I also believe that, if correct, these objections must be laid at the feet of Jesus Christ as well.

In the New Testament, we read the well-known story of the Pharisees bringing a woman caught in the act of adultery to Christ. Before a large crowd, the Jewish religious authorities literally drop the fornicator at the feet of Jesus and demand Him to render judgement. They remind him that the Law of Moses clearly states that such a person should be stoned to death by the community so that the guilt of their sin can be purified from the people. After reminding Jesus of this key scriptural passage, they ask Him, “What do you say?”

Having grown up in the church, I heard this story so many times that I never really caught the significance of Christ’s actions until recently. Why did the Pharisees believe that this question would trap Jesus? To put it another way, what was it in the life of Christ that made them think that this scenario would cause Him to stumble?

The four gospels tell us that Christ spent the majority of His time, not with the religious elite, “righteous,” or well-respected, but with the tax-collectors, prostitutes, and sinners. As author Brennan Manning writes, “The sinners to whom Jesus directed His messianic ministry were not those who skipped morning devotions or Sunday church. His ministry was to those whom society considered real sinners. They had done nothing to merit salvation.” The Pharisees hated Him for this. To make matters worse, Christ did not just spend time with them; he ate and drank with them.

Culturally speaking, sharing a meal with someone was one of the most intimate actions a first century Jew could undertake. Inviting someone to dinner was to identify with this person as a deep and trusted friend. It literally brought him or her into one’s sanctuary, their refuge. So great was this act that the host was expected to lay down his own life before allowing his guest to come to harm. In the book of Genesis, we see this play out in the story of Lot hosting two angelic visitors. When the wicked men of Sodom come to the door and demand Lot turn his guests over to them, he refuses and offers his own daughters in their place. As offensive as this is to our sensibilities, it reveals just how strong a statement of friendship sharing a meal was in the days of Christ.

Jesus was not just an ordinary man sharing dinner with questionable people. He claimed oneness with God the Father. He claimed holiness. He claimed the power to forgive sin, something only God can do. According to the Torah, God was holy and could not tolerate wickedness. How then could this “Holy Teacher” share sanctuary with prostitutes and sinners? According to the Law, many of these dinner guests were worthy of death.

For this reason, they believed they could trap Him by bringing Him a woman caught in the act of adultery. If He said that she deserved to die for her sin, they would demand to know why He spent His time with those guilty of the same. If He said she did not deserve death, they would expose Him to the world as one who did not believe fornication was sinful. It should have worked.

Instead, Jesus turned the trap into a powerful statement on the nature of sin and the importance of mercy and grace. Christ looked at the crowd holding stones, ready to make her pay, and made one simple statement.

“Let any one of you who is without sin be the first to throw a stone at her.

He did not preach a lengthy sermon or debate the finer points of Old Testament law. The Law was clear. Fornication meant death. She was caught literally in the act of fornication. Instead, he drew the bloodthirsty, self-righteous crowd’s attention to their own sin.

John tells us that one by one, the people left until no one remained but Jesus and the woman. You see, Jesus had no sin. He was the one who could cast the first stone. In fact, the law she broke was instituted by God, His Father. As God said to Israel, “Vengeance is Mine.”

The only one present who could have thrown the stone was Christ. Instead, He asked her, “Has no one condemned you?”

“No one, sir,” the woman responded.

“Then neither do I condemn you, go now and leave your life of sin.”

The crowd came that day to see a woman pay for her sins. They left realizing that they deserved to pay for their own.

Of course, God’s law cannot be mocked. It cannot change. Fornication does require death. So, a short time later, Jesus would stand before another bloodthirsty, self-righteous crowd. This time it would be His life they would demand and His blood they would spill. We read that Christ bore all the sins that ever were or ever would be on His own body and paid their penalty with His own blood. As the crowd hooted and hollered while hearing Him gasp for breath, He cried out, “Father, forgive them, for they don’t know what they are doing.”

But He saved his most powerful words for last.

I can’t help but find in these stories strong similarities with what happened at Heritage Academy. A young woman signed a covenant committing herself to chastity before marriage. Unlike the Law of Moses, which clearly stated the punishment for such violations, this student covenant did not spell out what punishment would result from breaking it – only that there would be consequences. Maddi, like the Jewish woman, was brought out in public where she confessed her sin (Maddi had to stand in front of the entire school and say she had sinned by having sex before marriage). Like the crowd before Jesus, much of the media waited to hear what Heritage would say. “What should be done to her?” they demanded.

Of course, Christ showed us what should be done. Having fulfilled the penalty of Maddi’s sin as well as the sins of her administrators, classmates, teachers, and every reporter that wrote a byline about the story, Christ showed His people that any man-made consequences of sin should be grounded in mercy and grace, for the purpose of restoration.

Why did I specify “man-made?” Because there are natural consequences that we have no ability to remove. Consequences like having to raise a child as a single parent, having to struggle to make financial and career goals, having to walk around for nine months with an ever-expanding stomach that reveals to the entire Christian community that she failed to keep her promise. The same sort of natural consequences can be seen in the story of the woman caught in adultery. The effects of her decisions on her marriage, her family and herself remained, even after Christ removed the guilt of her sin and delivered her from the punishment of the law.

Refusing to allow Maddi the honor of walking in her graduation is not a natural consequence of her fornication nor can it be said to help restore her to the community of faith, as it removes her from fellowship.

Some will likely object here and say, “But Ardee, letting her walk would signal to all other students that breaking the honor code is okay. Fornication would spread.” My response would be to simply point out that if that were the case, then Jesus Christ committed the same mistake by pardoning an adulterous woman before a crowd of people and refusing to enforce the biblical requirement that the fornicator die.

It is also worth noting here that the Jewish woman knew that her fornication could result in death before sleeping with her lover and Jesus still did not enforce the clear command of the covenant she agreed to by punishing her.

Instead, he punished Himself.

My heart breaks when I read Maddi’s story and others like hers because I see in them missed opportunities for Christians to embody the Gospel that saves us from sin. I fear that saved, washed-in-the-blood believers may be caught in the same false understanding of the Pharisees: that showing mercy to Maddi means diminishing her sin. No one was more opposed to sin than Jesus Christ and no one showed more mercy to sinners than He did during His three-year ministry on earth.

As Roland C. Warren notes, “Without sin, there is no need for grace and mercy. Without grace and mercy, there is no solution to sin.” My prayer is that we respond to women like Maddi with the response of Christ. A response that affirms the sinfulness of fornication, but does not think for a second that our self-made consequences or social pressure will pay God’s price for such sin or are sufficient to prevent our sinful hearts from violating righteous rules. Such beliefs can be found in every world religion but are foreign to the Gospel.

The price has already been paid. Forgiveness and grace are ours in Christ, regardless of whether we are the repentant fornicator or the repentant legalist. The question remains if we will extend that same mercy to the sinners we know, serve, and minister to, or if we will remain, stone in hand, crying for the sinner to pay.

Let’s never forget that it is still finished.