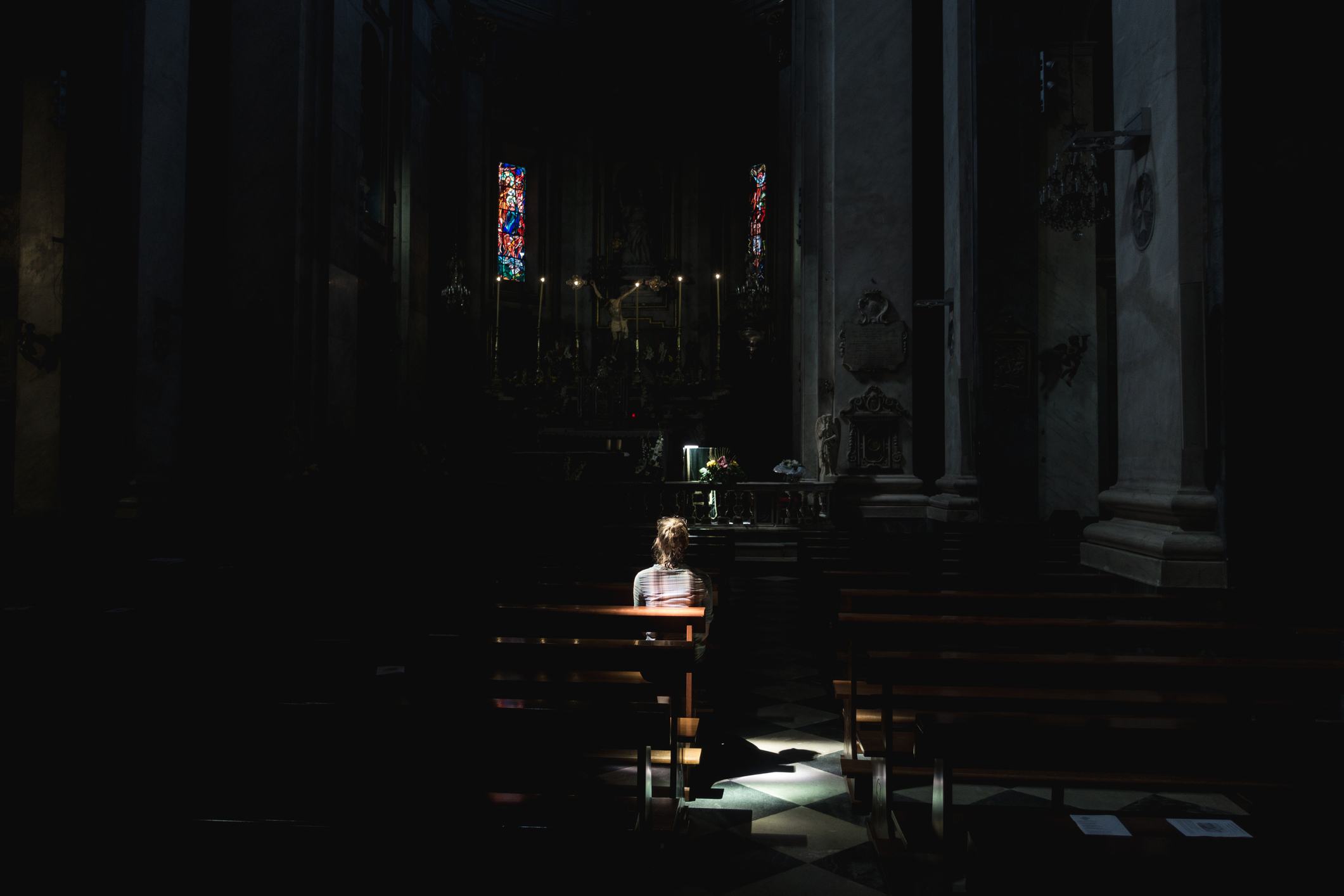 I want to say that you can do both. You can uphold a sexual ethic and avoid condoning sin, AND you can celebrate unborn life at the same time, which will literally save lives in the process.

This is the third post in a four-part series on preventing abortion in the church. You can read last week's post here. These posts are reprinted with the author's permission from blog.equalrightsinstitute.com.

“BUT WE SHOULDN’T CONDONE SIN!”

As I began sharing this idea with others, one of the common responses I regularly heard is that pastors often come down hard on the issue of unwed pregnancy so as not to condone premarital sex, or perhaps in some cases, to avoid even the appearance of condoning premarital sex.

Pastors, please hear me on this.

Again, the attitude should mirror Jesus’ statement to the woman caught in adultery:

But Jesus went to the Mount of Olives. Early in the morning he came again to the temple. All the people came to him, and he sat down and taught them. The scribes and the Pharisees brought a woman who had been caught in adultery, and placing her in the midst they said to him, “Teacher, this woman has been caught in the act of adultery. Now in the Law, Moses commanded us to stone such women. So what do you say?” This they said to test him, that they might have some charge to bring against him. Jesus bent down and wrote with his finger on the ground. And as they continued to ask him, he stood up and said to them, “Let him who is without sin among you be the first to throw a stone at her.” And once more he bent down and wrote on the ground. But when they heard it, they went away one by one, beginning with the older ones, and Jesus was left alone with the woman standing before him. Jesus stood up and said to her, “Woman, where are they? Has no one condemned you?” She said, “No one, Lord.” And Jesus said, “Neither do I condemn you; go, and from now on sin no more.”

I don’t bring this up to try to cheat with proof-texting. Clearly Jesus handles sin in some different ways depending on the circumstances. But he always treats repentant sinners with immense compassion. If we are really serious about sin, the best way to express that is to actually help the person through their struggle. Galatians 6:1 says:

Brothers, if anyone is caught in any transgression, you who are spiritual should restore him in a spirit of gentleness.

Do people who have committed sexual sin need to be restored? Yes, of course. Might church discipline be the right move if a given person is unrepentant? Yes. But a repentant person struggling with sin in your congregation should always be restored in a spirit of gentleness.

Regardless of how it looks in your particular church, my point is that, in church history, many bad things have happened in spite of good intentions. I think many pastors have tried to do a good thing, upholding a sexual ethic and not condoning sin, and I think that has often had an unintended bad effect: the forming of a culture in the church where unwed pregnancy appears to be a taboo subject, one that should be dealt with outside of the church, not lovingly responded to inside the church. I want to say that you can do both. You can uphold a sexual ethic and avoid condoning sin, AND you can celebrate unborn life at the same time, which will literally save lives in the process.

After hearing me talk about this idea last year, the pastor of the church I attended in Fresno, Matt Troupe at Free Grace Church, made this a core part of his sanctity of life sermon this past January. He spoke of how Jesus treated the woman caught in adultery, and reminded his congregation that, at Free Grace Church, a similar approach will be taken with pregnancies that happen out of wedlock.

The next day, Matt got this text from someone in the church: 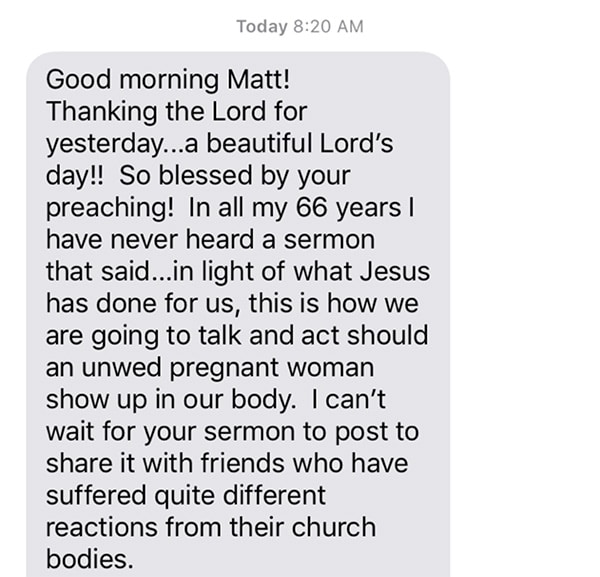 Join us next week for part 4 of this vital series.