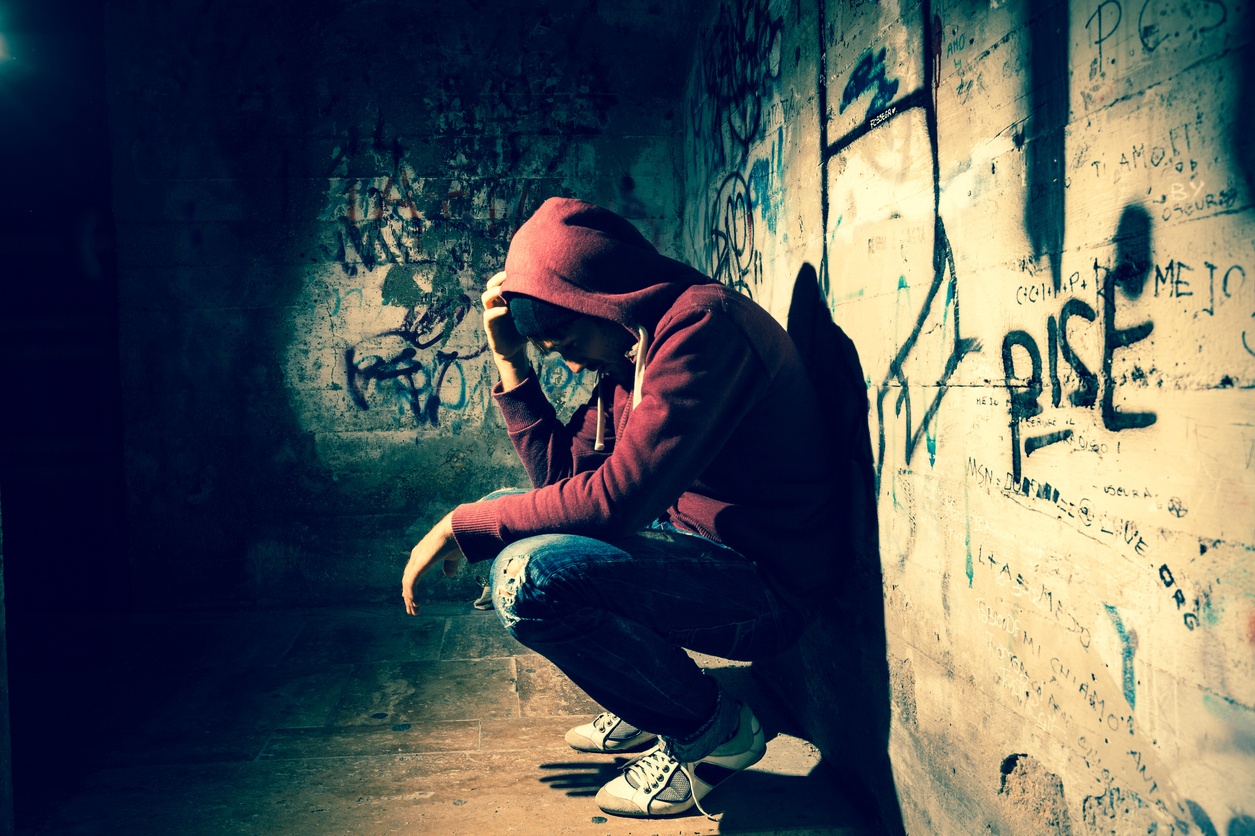 Why Abortion and Teen Suicide Are Inexorably Linked

Experts say that the suicide rate in the United States has risen twenty percent in the last six years. The number of Americans suffering from depression, anxiety, and loneliness (all contributing factors of suicide) are also at an all-time high. What is even more alarming is that the rise of suicide has been especially pronounced in our nation’s youth.

Teen suicide has risen over 25% in the last six years. A study of depression among teenagers published in the Journal Pediatrics last November found that the number of teens reporting a Major Depressive Episode (MDE) increased 37%, from 8.7% in 2005 to 11.5% in 2014. (MDEs are defined as “a period of at least two weeks of low mood that is present in most situations. Symptoms include low self-esteem, loss of interest in normally enjoyable activities, and problems with sleep, energy and concentration.”).

Time Magazine reported that the Los Angeles Unified school district had 5,000 reported incidents of suicidal behavior in students last year, compared to 235 incidents in the 2010-2011 school year.  Teachers reported seeing more students engaging in self harm (cutting, burning, etc.) and are calling for more mental health resources to combat these alarming trends. As school districts across the country struggled to cope with the rising suicide rate amongst their students, Netflix released 13 Reasons Why. Season 1 tells the story of Hannah Baker, a high school student who committed suicide. Prior to her death, she recorded thirteen cassette tapes, one for each classmate she blamed for her death. Her friend Clay listens to each one to unravel the mystery of why she ended her life. What follows is a slow, emotionally painful journey of flashbacks that culminate in her graphic, on-screen suicide.

Rather than portraying Hannah’s suicide as a terrible decision, critics accuse Netflix of glorifying her death. The camera does not blink as viewers watch Hannah slowly bleed out from her self-inflicted injuries. As reviewer John Ehrett wrote, “By situating Hannah’s suicide as the climactic event of the series, the linchpin of the final episode, the writers depict it not as an avoidable sorrow. Instead, it’s plainly cast as a final, triumphant act through which Hannah reclaims her dignity and exacts her revenge.”

School districts responded by urging parents to not expose their children to the dangerous message within the series: that suicide is an acceptable response to the difficulties of life. Despite their warnings, millions of students have watched it and shared it with their friends.

As a pro abundant life person, my heart breaks reading these statistics and seeing Netflix’s response. I love my children and cannot imagine the pain and grief of losing one of them, especially to suicide. I wrestle with the question of why our culture struggles with this. We have better technology, more advanced medicine, a better quality of life, and more college graduates than any time in our nation’s history, yet more teenagers than ever before believe death is preferable to living.

I believe that while our science, medicine, and wealth has increased, our culture’s value of human life has decreased. Let me explain.

Since the earliest days of our democracy, Americans have valued the freedom to choose. Rather than a society where kings ruled, individuals could make their own future and choose their own path. Alexis de Tocqueville’s description of the average American he met on his tour of the United States in the early 1800’s aptly summarized this trait. “He wears the dress and speaks the language of cities; he is acquainted with the past, curious about the future, and ready for argument about the present; he is, in short, a highly civilized being, who consents for a time to inhabit the backwoods, and who penetrates into the wilds of the New World with the Bible, an axe, and some newspapers.” De Tocqueville marveled at the combination of religious fervor, hard work, and widespread literacy he found in the fledgling nation. That can-do attitude would help propel the young nation into becoming the most powerful democracy in the world, overshadowing any of the nations from which its people immigrated. Yet, during the last fifty years of our nation’s history, something has changed that I contend has had far reaching effects on our value of life.

We broadened the scope of the “right to choose” to include power over another person’s life.

Our forefathers believed that every person was created equally by God and endowed by God with certain inalienable rights, the first of which was the right to life. They believed these rights were so important that, except in the case of criminal prosecution by a court of peers, no one could take these rights from another or surrender them to another—they were an inherent part of being human. In the 1970’s, however, the Supreme Court ruled that the right to privacy granted women the right to choose what to do with the unborn children in their wombs.

The “pro-choice” movement won its battle and abortion has been legal in America ever since. Today, no amount of science depicting the complexity of fetal life overrules this right. If a woman does not want her baby, she has the right to choose to end its life. As far as NARAL, Planned Parenthood, and their allies are concerned, the woman’s right to choose always trumps the baby’s right to live. As one abortion activist wrote in Salon, “So what if abortion ends life? It is a life worth sacrificing.”

Suddenly our “inalienable” right to life was no longer rooted in the fact that we were created beings— it became rooted in the fact that we were wanted beings. Every person born in a post-Roe America must come to terms with the fact that they are here simply for the reason their mothers wanted them to be here. If not, they could have been legally killed. Our society no longer recognizes an inherent, inalienable right to life.  We should not be surprised that a culture that prioritizes personal choice over the value of human life would struggle with suicide.

By the time children become teenagers, they are naturally distancing themselves from their parents and beginning to create their own independent lives. While mom and dad may have wanted them to be born and thus chose not to abort them, independence means finding a new source of value.  As CNN noted, many young people gauge their value by keeping track of their Instagram followers and the number of “shares” they get. Such social value shifts constantly and students can go from being popular to being bullied within a single viral post. Experts say that Instagram, Twitter, and Facebook have all made teenagers far more depressed and lonely than previous generations. Cyber bullying, social media shaming, and body image issues plague our schools as students turn to social media for their affirmation and self-worth. Faced with such a volatile source of self-worth, an increasing number of students decide to exercise their “right to choose” by choosing to end their life. After all, if there is no creator and no inherent right to life, then they have as much right to choose to end their life as their mothers had the right to end it before they were born. The reality, of course, is that each of these young men and women has immeasurable value—value rooted in their very nature as persons created in the image of God.

In the New Testament, there is a story of some Pharisees who tried to trap Jesus with a trick question. The Pharisees came to him and asked, “Is it right to give taxes to Caesar?” Christ’s response silenced his critics. He asked them to bring him a coin. “Whose picture and title are stamped on it?”  “Caesar’s,” they replied. “Well, then,” he said, “give to Caesar what belongs to Caesar, and give to God what belongs to God.”

Genesis says that God made man and woman in His own image. Christ’s meaning could not be clearer; money belongs to man, but man belongs to God. It was this belief that caused our founding fathers to argue that man had certain rights that could not be taken away—no matter what someone wanted.

The value of my life is not determined by what people say about me, how many shares this post gets (though you should share it ;-) ) or even what I think about myself. My value lies in the fact that I am a person, made in the image of my creator, entirely unique down to my very DNA.

The problem is that our post-Roe culture can’t tell young women and men this vital truth. Roe v. Wade eliminated any moral authority to do so. In affirming the woman’s “right to choose” life or death for her unborn child, we deny the ability to offer any hope of inherent worth to our young people. We leave them to fend for themselves and find their worth in the increasingly isolated world of Instagram and Snapchat. I find it intellectually dishonest when cultural leaders affirm a “woman’s right to choose” abortion and then express remorse at the increasing teen suicide rate. If a young person’s mother had the right to end their life, how can they not have the same right? And if the woman’s choice is inalienable, righteous no matter the reason, how much more so should the suicides of our young people be justifiable regardless of their circumstances?

Solving teen suicide requires a more robust belief in the inherent worth of human life than our society can currently muster. Abortion on demand logically necessitates suicide on demand as well. I am convinced that our culture will continue to see devastating trends like these until it reaffirms the value of every single human life and says that there are some things no one has the “right to choose” –stopping your beating heart or that of someone else are two of them.