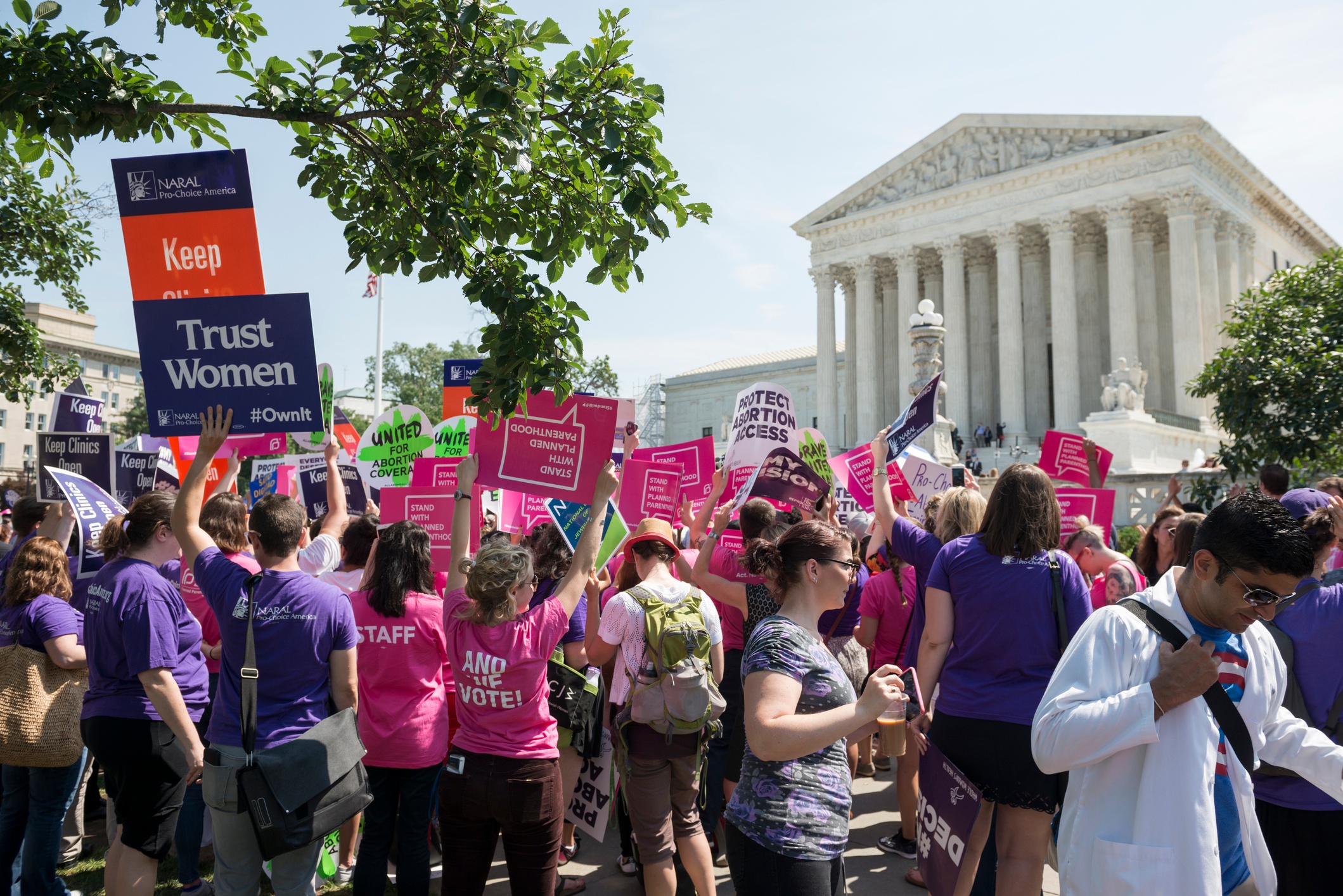 As many of you have heard by now, Donald Trump, in an interview on Wednesday with MSNBC host Chris Matthews, said that if abortion was illegal, women who have abortions should be punished.

Individuals and organizations from both the pro-choice and pro-life sides immediately came out and criticized his remarks.

But should they have?

To put a finer point on it, are both pro-lifers and pro-choicers being consistent with their own beliefs by suggesting that women who have abortions (if abortions are illegal) should not be punished?

For decades, even centuries, pro-life people have argued that women are victims of abortion. Indeed, for the first 200 years of our nation’s history, when abortion was illegal, the pro-life movement argued just that. They argued that abortion providers were the perpetrators, women the victims, and therefore, punishment for illegal abortion was should be meted out to the providers alone.

Pro-lifers have always maintained that women are manipulated by the multi-billion dollar abortion industry during a challenging, and often desperate, moment in their lives to have an abortion. They are often coerced by the father of the baby or other family members into having abortions. They are misled or misinformed by pro-abortion advocates about the potential negative physical, emotional, relational and spiritual effects of abortion.

In other words, the pro-life position is built on protecting the vulnerable. Whether abortion is illegal or legal, women are still being victimized.

On the other hand, one of the core beliefs of the pro-choice movement is that women are empowered when choosing abortion and autonomous in making decisions to abort their unborn children. They are not being manipulated by the abortion business. They are not victims. They are free agents who make a choice to undergo what they would consider a routine procedure that is part of their regular healthcare.

Why does this matter?

Well, in the law, the only instance in which you would not punish someone for doing something illegal is if that person did not have agency. They did not have a real choice or autonomy. If they were coerced or did not have autonomy, then they should not be held responsible for something that is illegal. For example, when an 8-year-old child steals dad’s car keys and engages in “reckless driving,” we don’t actually punish the child for reckless driving. He had no agency.

And the legality or illegality of an act does not change whether or not someone has agency over that act. If it did, then a criminal would be able to argue in court that he “had no choice” but to break the law, and he could get off without punishment. But we don’t let poor people rob banks or drug addicts buy illegal drugs because they “have no choice.” So, whether abortion is legal or not, women will still have agency over whether they have one. That is what they did for the first 200 years of American history when abortion was illegal.

So to believe, as pro-choice advocates have expressed, that women who have illegal abortions should not be punished, one would have to believe that women have no agency or are being forced, manipulated, or coerced into their abortions. But pro-choice advocates don’t believe that at all. In fact, they have been telling us for decades that abortion empowers women; think “my body, my choice.” Abortion, to them, is one of the primary ways in which women exercise their autonomy.

So, in that scenario, how could pro-choice advocates argue that such a person should not be held responsible for the illegal act in which they engaged?

But argue they did. After Trump made his remarks, Planned Parenthood tweeted:

.@realDonaldTrump would criminalize the one in three women who will choose abortion. https://t.co/jhh4uxMGlX pic.twitter.com/TOjlkQkLsd

One in three women choose abortion. This country simply does not have enough handcuffs. #WontBePunished pic.twitter.com/tP4beyoncE

But pro-life advocates have argued, consistent with their beliefs, that if a woman has an illegal abortion, she should not be punished. She does not have agency. She has been manipulated or coerced. Under this worldview, the abortion provider would be the appropriate person to punish in a scenario in which an illegal abortion is performed.

And this is exactly what pro-life advocates have said since the Trump remarks went public. The Susan B. Anthony List tweeted:

Punishment is solely for the abortionist who profits off of the destruction of life - @marjoriesba https://t.co/jW7iQ0OwTA #Trump #ProLife

No pro-lifer would ever want to punish a woman who has chosen abortion. This is against the very nature of what we are about. #prolife

Someone is being inconsistent and illogical. Once again, it is the pro-choice movement. They want to hold two diametrically opposed beliefs at the same time: that women have complete and full agency when they willingly choose an abortion, but if they make that choice and the procedure is illegal, they should not be punished, as if they have lost their agency.

After the uproar over his remarks, Trump backtracked and said that only the abortion provider should be punished for performing an illegal abortion. Late yesterday, his campaign released this statement, which is, as stated above, the prevailing pro-life position:

"If Congress were to pass legislation making abortion illegal and the federal courts upheld this legislation, or any state were permitted to ban abortion under state and federal law, the doctor or any other person performing this illegal act upon a woman would be held legally responsible, not the woman."

But the logically inconsistent cat was already out of the pro-choice bag. Either women have agency over their abortion decision or they don’t. You can’t have it both ways.

But moving past this particular episode, the sad reality is that many women are already being punished by the physical and emotional consequences of abortion. In fact, that is why movements like the Silent No More campaign have emerged to help women process the physical, emotional, and spiritual wounds they have received. Unfortunately, unlike the one over Donald Trump’s remarks, there has been no uproar about the pain abortion can cause women and men. Indeed, their pain is being ignored.