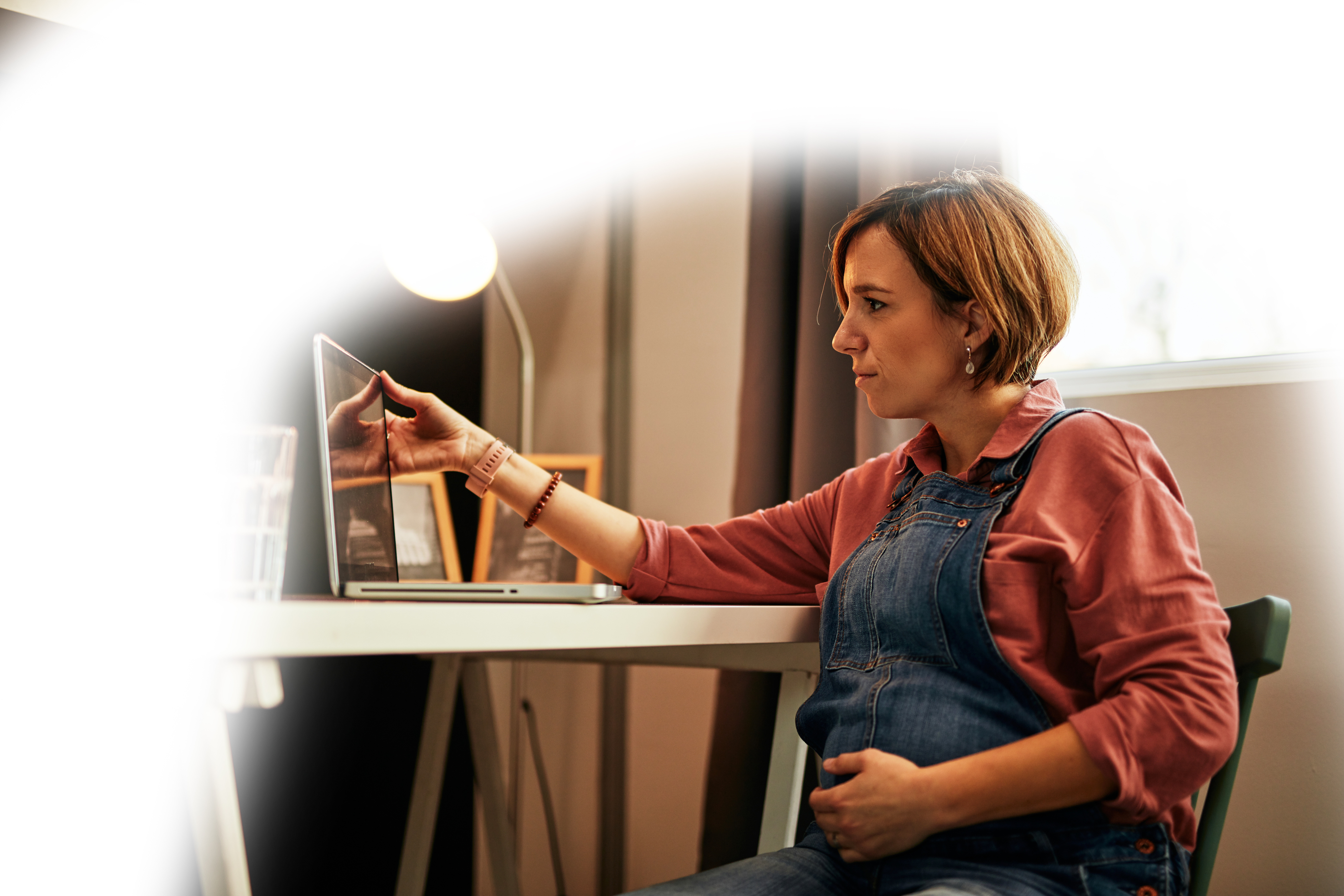 You provided a voice that helped Alice choose life!

Alice* was pregnant and that was ok. She wanted to carry her baby to term. She knew that some women in her position would choose abortion, but that didn’t seem necessary to her. She had a stable source of income and she believed she could make this unplanned pregnancy work.

And then the pandemic happened.

What had started out as a news story from the opposite side of the world, became a reality in her own city. As her state began shutting down non-essential businesses, Alice’s financial prospects became uncertain. New doubts crept into her heart.

“Can I really afford this baby?”

“Is it wise to be pregnant during a pandemic?”

As her fears grew, Alice became desperate to find out if it was “too late” for an abortion. She was already well into her second trimester. If she went into labor now her baby could survive with medical assistance.

She went online to find out.

Thanks to your generous support, Alice found the phone number for Care Net’s national hotline, Pregnancy Decision Line. Because of you, a coach was ready and waiting for her call.

The first thing Alice asked was, “Am I too late to get an abortion?” While her baby had reached the point of viability, Alice could still undergo a tragic late-term abortion.

As the coach compassionately answered her questions and truthfully shared the risks of abortion, it became clear that Alice never really wanted an abortion. Her first plan had been to carry her baby to term, but the fear and isolation of the coronavirus pandemic had driven her to consider a choice that had been unthinkable before.

As Alice spoke with her coach, a peace came over her. She realized that she could keep this baby. Her fears rising from the effects of the pandemic didn’t mean that her baby had to die.

Because of you, Alice recommitted to her choice for life!

Abortion thrives in isolation and fear. Thanks to the coronavirus pandemic, millions of women and men are at risk of experiencing the same crisis as Alice. When they see that positive pregnancy test, they will need the calm, professional, and compassionate voice of a Pro Abundant Life coach to empower them to choose life for their unborn babies.

Already, Planned Parenthood has said their abortion demand is increasing. Because of you, Pregnancy Decision Line, our network of affiliated pregnancy centers, and our church partners are able to reach these parents in the nick of time to save their children.

Thank you for ensuring that this pandemic doesn’t shut down our hotline. Thank you for making hope possible for Alice and all those like her.