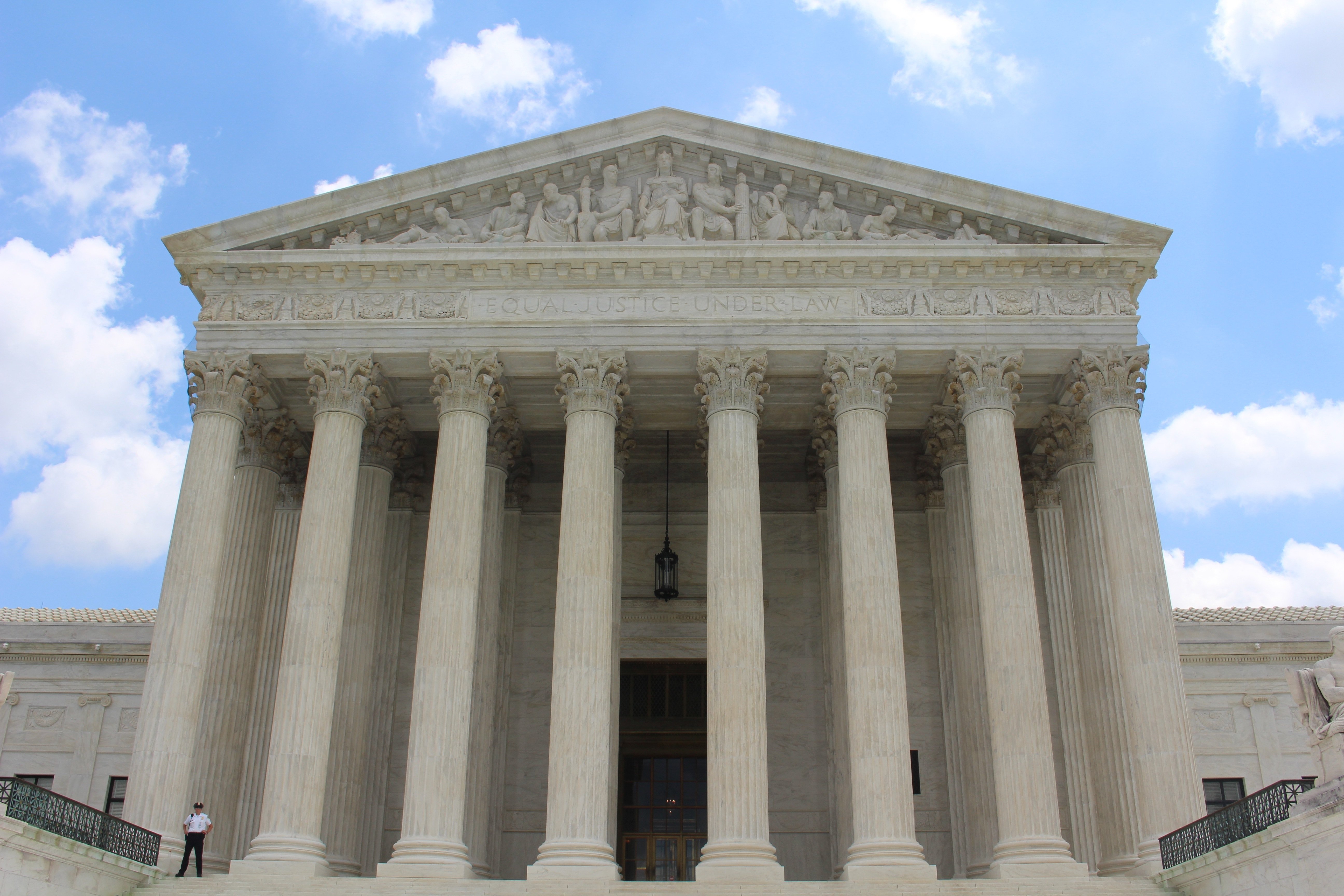 A federal trial court recently made permanent its hold on the new overtime rule promulgated by the U.S. Department of Labor, which would have dramatically increased the salary threshold for the “white-collar” employee exemption.  Meanwhile, the U.S. Department of Labor has issued a “Request for Information,” seeking public comments about the salary threshold, with intriguing questions.  What does this mean for employers?  Nothing immediately, but all should stay tuned for further developments and continue their attentiveness to applicable overtime requirements.

Our law firm has blogged extensively about overtime requirements under the Fair Labor Standards Act (FLSA).  As a brief review, it is extremely important to classify employees as either exempt or non-exempt. The FLSA imposes significant requirements for non-exempt employees, including minimum hourly wage requirements, “time-and-a-half” overtime pay obligations for more than 40 hours worked per week, and accompanying recordkeeping requirements.  Under the Department of Labor’s (DOL) longstanding rules, the test for determining whether an employee qualifies for the “white-collar” exemption from such requirements is three-fold: (1) the employee must perform executive, administrative, or professional duties (see our prior blog for further guidance); (2) the employee must be salaried threshold; and (3) the salary must meet the applicable threshold.  The current threshold is $455 per week ($23,660 per year).

Under the DOL’s proposed overtime rule, this amount would have increased to $913 per week ($47,476 per year).  This proposed increase sent shockwaves among employers.  Employers by the thousands made significant compensation and related personnel adjustments in anticipation of the new overtime rule, such as to raise some employees’ salaries to satisfy the new threshold, to reallocate work assignments to avoid paying overtime for soon-to-be non-exempt employees, and to prepare financially for paying new overtime wages.  To their credit, employers have also checked up on other aspects of FLSA compliance, now with heightened awareness of overtime-related issues.

The Court Orders – Then and Now

On November 22, 2016, U.S. District Court Judge Amos Mazzant issued a nationwide emergency temporary injunction halting the implementation of the DOL new overtime rule, just before its scheduled effective date of December 1, 2016.  In doing so, Judge Mazzant ruled that the DOL, in carrying out the Obama Administration’s directive, had exceeded its administrative authority in implementing the new rule.  The litigation was brought by 21 states and over 55 business groups, all challenging the legal validity of this increased salary threshold. (State of Nevada v. U.S. Dept. of Labor, Civil Action No. 4:16-CV-731, E.D. Tex.)

In a subsequent court order issued August 31, 2017, Judge Mazzant granted the motion for summary judgment against the government, thereby making his previously issued nationwide injunction permanent.  In doing so, Judge Mazzant agreed with the plaintiffs that the new overtime rule exceeded the DOL’s authority to define what constitutes a “bona fide executive, administrative, professional” employee for purposes of the white-collar exemption from the FLSA.

As he determined, Congress’ clear intent was for the DOL’s interpretative role regarding “bona fide executive, administrative, professional” terminology primarily limited to a duties test.  The minimum salary threshold requirement thus should be consistent with such specified duties, but not supplant the proper focus on job duties.  The salary threshold aspect is therefore to be used only as a tool for screening out the obviously non-exempt employees.  But by more than doubling the DOL’s previous minimum salary level, the “new overtime rule’s significant increase would essentially make an employee’s duties, functions, or tasks irrelevant if the employee’s salary falls below the new minimum salary level.”  Such approach would make the duties aspect of the white-collar exemption irrelevant, in a manner contrary to Congress’ intent.  Under the judicial Chevron doctrine of deferring to a government agency’s statutory interpretation but only so long as it is “reasonable,” Judge Mazzant held that the DOL’s new overtime rule unlawfully overreached.

In the meantime, the DOL issued a “Request for Information” (RFI) on July 21, 2017, seeking public comments regarding the white-collar salary threshold.  This Request follows the DOL’s prior public comment season two years earlier, when it sought public comments on the overtime rule at issue in the above litigation. In the 2017 version, the DOL specifically states that it is not advocating in the pending Fifth Circuit litigation for the $916 salary level, as per the overtime rule at issue there.  Indeed, the DOL recognizes employers’ widespread hue and cry that such threshold is too high.  However, the DOL further notes that the minimum salary threshold has not increased for many years, and the duties test has gone through changes as well.

Consequently, the DOL seems willing to tinker with the appropriate salary level for the white-collar exemption, although in different ways than under the Obama Administration, which perhaps makes the threshold factor much more complicated.  More specifically, the RFI sets forth several questions related the white-collar salary threshold, which may be summarized as follows:

1.  Should the salary threshold be adjusted for inflation, or otherwise automatically updated periodically?

2.  Should there be multiple salary thresholds varying according to factors such as employer size, geographic region, cost-of-living factors, and how would such approach affect employers with multiple locations (with the same question for the highly compensated executive exemption)?

3.  Should the salary threshold be different among executive, administrative, and professional employees?

4.  Should the duties test be adjusted, or perhaps be the sole test for white-collar exemption (particularly given Judge Mazzant’s ruling that the salary threshold should not eviscerate the duties test)?

5.  What has been the impact on employers that make compensation and personnel changes in anticipation of the new overtime rule?

The public comment period ends on September 25, 2017.  Questions still abound, however, even after the two-plus years since the DOL’s proposed new salary threshold.  Is it time to adjust the salary threshold through the DOL’s administrative process?  To what extent, if any, will the Fifth Circuit’s forthcoming judicial decision affect further administrative developments?  For example, if the DOL dispenses with the salary threshold, then the Fifth Circuit presumably will have little on which to rule.  On the other hand, if the DOL decides to keep a salary threshold but adjust it for inflation, the Fifth Circuit may have much more to say about whether such action is legally permissible under the FLSA or constitutes impermissible overreaching, as Judge Mazzant ruled with respect to any automatic updating mechanism.

These are just a few of the many questions to consider. For now, employers should continue to act in informed and responsible ways about FLSA issues.  Employers ought to know and identify which employees are exempt and non-exempt, and reflect such classifications in written job descriptions.  Be sure to pay overtime to non-exempt employees and otherwise comply with the FLSA, as well as applicable state and local employment laws.  Be aware too of additional considerations, such as the ministerial exemption, other potentially available exemptions, how to calculate overtime pay, and how best to monitor non-exempt employees’ work hours and resulting accrued overtime.  Further guidance is available through online resources such as the Evangelical Council for Financial Accountability’s e-book titled “Answering Your Overtime Questions,” authored by Sally Wagenmaker.