Getting Real About Adoption: Why Honest Stories Matter

I wore sunglasses that day in November --big, brown, Jackie-O shades. It was just a few weeks from my own due date, when I sat in a hospital room with a woman who chose to make an adoption plan for her newborn baby girl. I sat in silence in a rocking chair, working hard to conceal my emotions as I observed the attorney, court reporter, adoption agency director, and biological father file in, one after the other, in the increasingly cramped room.

At the center of this flurry of activity was Amy*; calmly holding her baby in her arms.  We had rehearsed this day, together, for several months.  She was already the mother of three. But this beautiful child was born into a now turbulent marriage. With no support and barely able to make ends meet, Amy chose to place her fourth child with the Andersons*, a couple who had experienced their own heartache after losing their son in a tragic car accident a decade earlier.

A few hours later, Amy presented her daughter to the Andersons. Holding Hope* in their arms for the first time, the Andersons wept, deeply moved by the enormity of what had happened and overwhelmed with gratitude.

This is adoption, and the complexity within which it exists: a painful beauty and enigmatic redemption.

Honest story telling captures this reality in deep and compelling ways- which is what led us to launch adoptionisbeautiful.org - a movement to ignite an honest conversation about adoption in the United States.

We often struggle to give adoption a voice in the options conversation. Its complexity makes it sticky. We struggle to decipher the pros and cons because the stakes are tremendously high.  I find that those who resolve this struggle often either over sell it- like it is the best option for women facing an unplanned pregnancy; or remove it from the options conversation entirely.

In my work in the adoption arena I've heard a variety of tactics used to 'sell' adoption to women facing unplanned pregnancies.

“Women who choose adoption are heroes.”

Having sat with birthparents after they voluntarily terminated their parental rights, hero is not a word they want to be lauded with.   I had the opportunity once to interview a number of women for an article that ran in Cosmopolitan.  Though all of the women were eager to share how they chose to make an adoption plan, they were cautious, afraid of their story becoming a prop for political theatre centered on women’s reproductive options.  They felt statements like “choose adoption, not abortion,” presented a false comparison, inaccurately assuming their babies were unwanted.

Yet despite their fear, they were eager to share their stories because of how deafeningly silent the mainstream media is about topics like infant adoption. And they are right.  You would be hard pressed to read about the real, un-fabricated experiences of women who have made adoption plans.  The silence only furthers the ambiguity, promotes stigmatization, and ensures adoption talking points are taken from Lifetime Original Movies. And whether intentional or not, leaving adoption out of the options conversation is a tragic mistake.

As first responders to women dealing with a crisis pregnancy, it is imperative to get our response right about adoption. Real, gritty, painful, complex, beautiful stories can help.

There is simply nothing simple about adoption.

Adoption is a decision accompanied with enormous consequences.  When we over simplify the circumstances of adoption, we make caricatures of both birth parents and prospective adoptive parents.

And yet, adoption can be beautiful, despite the enormous pain often inherent to the process.

The beauty of adoption is forged in the tensions and fires that make it sticky: the angst and turmoil that surround it.

When we give ourselves permission to tell the real stories, when we choose honesty over an agenda, when we feel our way through this sticky topic; only then can we discover the richness, beauty, and meaning of adoption.  This unearthed beauty frees us from shame and judgement and opens us to new possibilities and experiences.  We give those who have lived these stories a voice when we encourage honesty, and with each voice that joins the conversation, the volume reverberates, shattering untruths, debunking myths, and removing stigma.

*Names have been changed to protect the privacy of the individuals mentioned in the story. 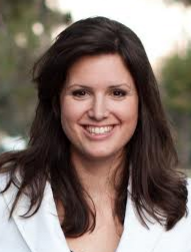 Thea Ramirez is the Founder and President of  Adoption-Share a 501(c) 3 tax exempt organization that promotes adoption awareness and leverages technology to making the adoption process more transparent and efficient.  Thea holds a masters degree in clinical social work and is known for envisioning and implementing big ideas that create collaboration among people and organizations. In addition to being named a “Young Influencer” by Catalyst (catalystspace.com), she has been featured and published on national platforms such as CNN, Christianity Today, Parents.com, The Washington Times and was given the honor of ringing the opening bell of the New York Stock Exchange to draw awareness for adoption. She has also been a presenter on adoption at the 2013 Care Net Conference in Denver, Colorado.  She is married to Lucas Ramirez and together they have three children.

For more stories on the beauty of adoption go to adoptionisbeautiful.org. Have a story?  Submit it here:adoptionisbeautiful.org/shareyourstory. Adoption is Beautiful is a national movement organized by Adoption-Share, a 501 (c) 3 tax exempt organization, to ignite a new positive, and informative conversation about adoption in the United States. Stories move us in powerful ways and this campaign will give those impacted by adoption a platform to share their story.