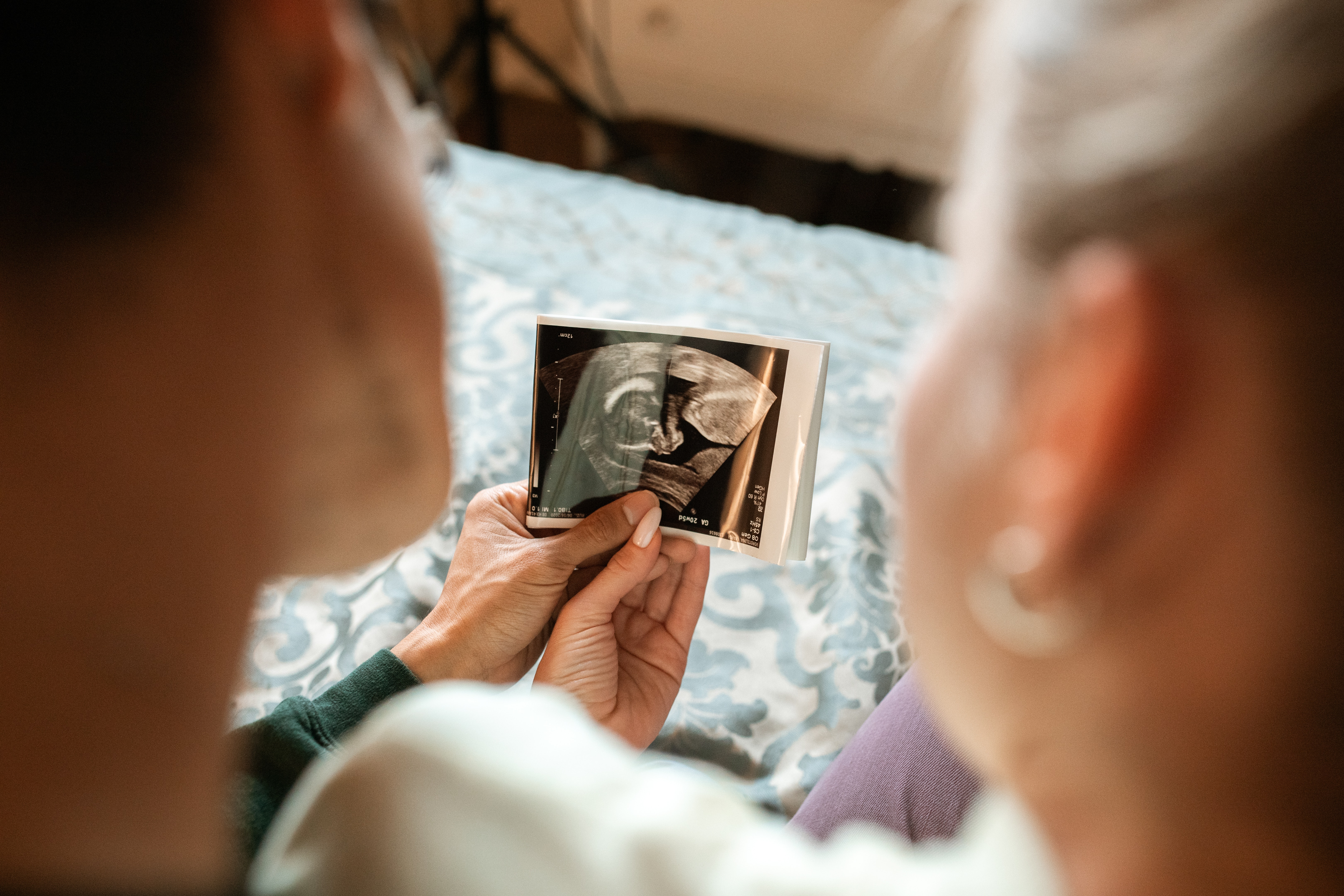 How an ancient practice informs our response to abortion

Journey back in time to the ancient Roman empire, shortly before Christ was born:

Walking into the courtyard of her home, Alis smiled subtly as she watched the servant’s children playing, hoping the child she was carrying would join them one day. A moment later, she was interrupted by news of a courier from the Cursus Publicus, the Roman postal service. He came with the long-awaited response to her letter informing her husband, Hilarian, that they were expecting a baby. Alis eagerly opened the letter, praying to the goddess that it was the response she longed for. It wasn’t. Amid his expressions of affection for her, Hilarian had included his legal determination as the ruler of their household: “If you are delivered before I come home, if it is a boy keep it; if  a girl, discard it."1 As she read the words, her eyes filled with tears and she swallowed the knot in her throat. Just then, Alis felt her unborn child kick.

Now, zoom back to our own day:

Nick and Sarah are sitting in the OB-GYN’s office anxiously awaiting the results of their 20 week anatomy scan, praying and hoping that their first baby, that they’ve tried for two years to have, is healthy. Trying to stay distracted, Nick and Sarah are making small talk about their day. In a moment, the door swings open. The doctor has a compassionate look on her face as she explains that there is both good and bad news. Sarah is 31, a bit older than many first-time mothers but her pregnancy is going smoothly, the doctor explains. However, the scan revealed indications that their child has a chromosomal abnormality: down syndrome. Since the couple is young, they will most likely be able to have another child, so they should consider terminating now, the doctor says. Nicholas turns to Sarah, holding back tears and swallowing the knot in his throat. The thought of abortion horrifies him but he saw Sarah nod in agreement with the doctor’s suggestion. Just then, as Nick rests his hand on her belly, Sarah feels her unborn child kick.

Nick and Sarah are imaginary characters but their story is true. It happens frequently in North America and around the world.2 We’ve imagined Alis’s story too, but she and her husband were real people, who we know about from a surviving fragment of his letter to her.

What do their stories mean for us? How do our own stories inform the way we treat the most vulnerable, unseen members of our human society?

Whether we consider ourselves ardently pro-life or even reluctantly pro-choice, abortion can seem distressingly normal in our culture. We submit to the bystander effect if we think someone else will help people in our community who are suffering, if we rely on others to love children in foster care, assume God will call someone else to volunteer at a local pregnancy center. Perhaps we are content to vote, then hope policies will change. Perhaps we complain on social media when they do not. Or, maybe we just shrug. We feel that something is wrong in our society. We know that the problem is huge, perhaps so big that we are overwhelmed even thinking about it.

So, we wanted to take a step back from our normal and ask,

What did the very first followers of Jesus Christ do? How did they, powerless in terms of politics, nonetheless spark a cultural shift that changed history?

Alis’s story speaks to us. We don’t know much about her besides her name and her husband’s brutal directive. But we know that exposure of unwanted infants was very common in Greco-Roman society. It was the legal right of the paterfamilias (Father-ruler) to condemn any child in his household, whether born to his wife or to household slaves to die of exposure. It was his obligation to sentence visibly disabled infants to death.

But if Alis had a great-granddaughter born and sentenced to die of exposure, she might have survived. Why? Because Alis’s baby would have been born close to the same time that an angel was announcing to the virgin Mary that she was pregnant by the power of the Holy Spirit. If Alis had a son who survived to become a father himself, by the time Alis had a great-grandchild, Christianity would have spread to Rome. And we know that the practice of early Christian families was to rescue and adopt these children, knowing they themselves had been adopted through Christ and “grafted in'' to become part of God’s chosen people.

Christians at that time had no power to change the laws and were themselves outcasts who might very well be killed for their disloyalty to the acceptable religions of the day. Their practice of rescuing infants went on for centuries. They also cared for the sick, including women who had suffered the brutal and damaging results of early versions of abortion. They taught against abortion and infanticide, that these acts were morally indistinguishable from murder. Meanwhile, from the very beginning of our faith, Christians were also influencing the powerful, beginning with the household of Caesar. Who knows how many infants were saved from exposure due to the expansion of the faith and simple acts of persuasion. When Christians did gain cultural power, they used it to seek justice. The Roman Emperor, Constantine made infanticide a crime but apparently still allowed the paterfamilias to sell an unwanted child into slavery. Later, Valentine 1 made exposure of babies a capital crime and also mandated that the paterfamilias ensure the care of children born to his household. Each of these steps represented incremental progress in legally recognizing the God-given worth and dignity of each person.

Fast forward to Nick and Sarah’s time -- our time. Men do not have the legal authority to require that children born in their household be left to die. There is no mandate that children with visible physical challenges be killed.  Instead, women have the sole legal power to dispose of their unwanted children, and our society is especially sympathetic to this practice when something is deemed wrong with the child (disability), so much so that children with certain genetic conditions, such as down syndrome, are born at drastically reduced rates.

How can the response of ancient Christians to the destruction of innocent human life in their time inform our own response to abortion? There are a few things we can learn:

1. We use whatever power and influence we have to seek to protect the weak and vulnerable, especially the unborn who have no voice of their own. When we are opposed by those in power, we seek justice through the courts to enforce the Constitutional protections we have in this country to practice our faith according to our conscience.


We want to see justice done and righteousness recognized in our society because we believe that this is beneficial for everyone. But we know that God can use us know matter what the political or cultural attitudes of our day might be, just as He used Deborah, Daniel, Nehemiah, Esther, Paul, and countless Christ-followers who have gone before us.  At every level, we are called to right action, but we do not rely on the political to fix the personal.

2. Where we lack power, we seek to influence, to persuade, and to rescue. We engage in acts of mercy and compassion that save lives and give hope to those in desperate and painful situations. Some of us open our homes to children through adoption and foster care. Others come alongside those families with support and resources. We encourage and empower women and couples who are making pregnancy decisions to choose life and we offer them help in their next steps.  We minister Christ-centered hope and healing to those who are experiencing loss of a child, whether due to abortion, miscarriage, or stillbirth. We engage in ministries of mercy and we end abortion, one life decision at a time.


If you are wondering what the next right step is for you, there are many ways that you can join followers of The Way throughout history in loving the people that God has put in front of you.

Way of Life: Sanctity of Life from Care Net on Vimeo.

Ready to get started? Want to increase your effectiveness?

Take an online course and prepare to serve your community…

2 Information on the prevalence of abortion following a down syndrome diagnosis is incomplete, however, research into this topic reveals that about 30% of likely down syndrome-diagnosed people are “missing” in the United States. See: https://lozierinstitute.org/new-study-abortion-after-prenatal-diagnosis-of-down-syndrome-reduces-down-syndrome-community-by-thirty-percent/