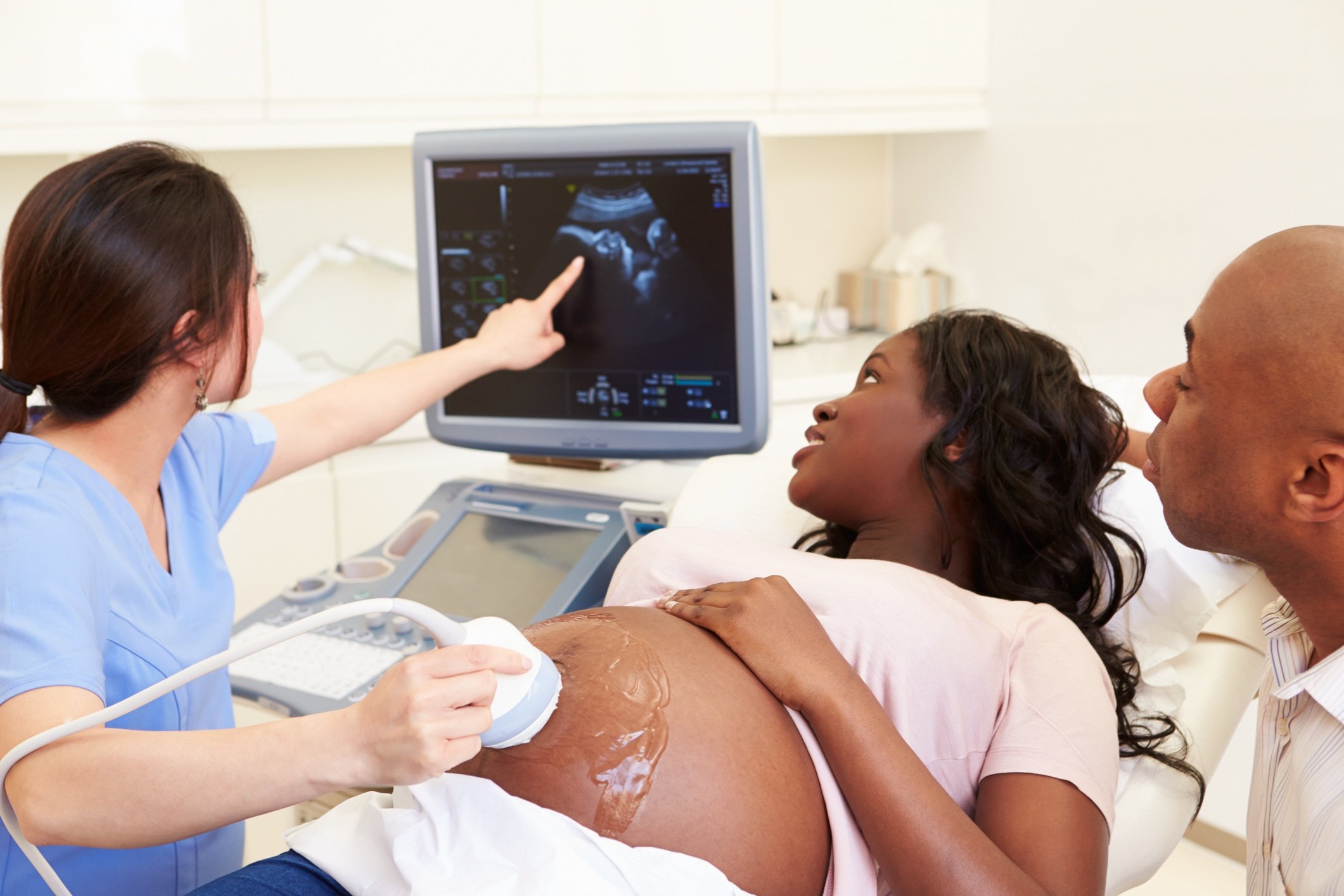 The Atlantic claimed that ultrasounds hurt women. A doctor and a mother explain how ultrasounds empower women to make better reproductive health decisions.Some of the most common pieces of pro-life legislation are laws requiring doctors to at least offer to show the patient an ultrasound before conducting an abortion. Ultrasounds can help women see the development of their babies, giving them more information before making their decision. Recently, Moria Weigel wrote an article in the Atlantic criticising ultrasounds. The article had so many factual errors, Weigel later had to publish multiple corrections. Weigel assumes that the heartbeat of a fetus is an arbitrary point in a pregnancy, the ultrasound doesn’t have an obvious meaning that the mother will recognize, and that the process dehumanizes women. These assumptions hold little to no weight; see how a doctor and a mother responded to this article!

False Assumption #1: The Heartbeat is Arbitrary

Weigel claims that the baby’s heartbeat is an arbitrary marker. She writes that scientists do not call this “rapidly dividing cell mass a ‘fetus’ until nine weeks into pregnancy.” However, as Dr. Sandy Christiansen explains, “I can’t think of a single instance in the practice of medicine where the presence or absence of a heartbeat inside a human being’s body would be deemed ‘arbitrary.’ It is the very essence of measurable life.” If a heartbeat is used to determine life at any other point in a person’s life, why should it be ignored inside the womb?

False Assumption #2: The Ultrasound Has No Obvious Meaning

Additionally, the author claimed that an ultrasound does not have a clear meaning and that it won’t affect the mother. However, according to Christiansen,, “Ultrasounds can answer many questions in the mother’s mind. An OB [obstetrical] ultrasound has its limits but, in my experience with performing hundreds of OB ultrasound exams, it can answer these four critical questions that every pregnant woman has: 1. Is there an  ‘occupant’ in the uterus? 2. Does the occupant have evidence of heart motion? 3. How long has the uterus been occupied? 4. Does the occupant appear to be healthy? This information can clearly be collected as objective data informing decisions women make after viewing an ultrasound.”

Kallie Kohl, a young woman who became a Care Net pregnancy center client after finding herself unexpectedly pregnant, explained some information she gained through ultrasound: “The ultrasound technician who did my ultrasound told me everything that was going on. The fetus was in my uterus, where it should be. Its heart was beating at 150 beats per minute. She explained to me that she was measuring from crown to rump which gave it an age of 7.5 weeks. Knowing an accurate age for my fetus helped me prepare for everything I was facing.”

The images seen in an ultrasound will impact patients differently; however, they often answer important questions the mothers have about their babies.

One of the main reasons the author takes issue with the ultrasound is that in making the fetus visible, it makes the woman “disappear.” However, ultrasounds do not erase women. Instead, they reveal what is taking place in a woman’s body so that she does not have to rely on intuition or a vague sensation to make important medical decisions. That’s why it’s unsurprising that women often feel empowered after an ultrasound. Wiegel references a 1983 study in the New England Journal of Medicine which looked at the impact of ultrasounds on abortion decisions, quoting two women for whom an ultrasound made the difference in their decision to carry their babies. This decision, Weigel argues, largely stemmed from the culture’s perception of ultrasounds. Christiansen responded, “I don’t think it was media hype, as Wiegel implied, that convinced them; they saw with their own eyes what was going on inside their own bodies. Ultrasound is empowerment for the woman making a pregnancy decision.”

Kallie also confirmed that the ultrasound was a crucial tool in her pregnancy decision.

“[The ultrasound] gave me empowerment where there was nothing. [The technician] didn’t take away my authority. No one implied that I was just a vehicle for life, a carrier to a precious thing. She showed me a heartbeat so I could make a fully-informed decision about what my body was going to experience. Suddenly “the thing” that was giving my pregnancy test a positive sign was more than a thing. There was meaning there for me. I couldn’t bond with a cell mass, but I could bond with a heartbeat, and that day I did. I had hope and determination to make the best decision. A heartbeat gave me the courage to leave the community which was embarrassed of me and unsure of what to do with me, and pursue help in a different city where there were greater resources. I left the biological father, who lacked a car, a home, or a job and was unable to care for himself, let alone support me in the smallest of ways. I made my first parenting decision after I had my ultrasound.”

Without the ultrasound, Kallie would have lacked the confidence necessary to make the decisions that were best for her and her baby. The ultrasound images helped better inform her; a decision made with incomplete knowledge does not empower women.

Additionally, Christiansen argues that critics should simply listen to the women who have had ultrasounds. Women explain that the procedure empowers them, not that it belittles or makes them feel less human. She also explains, “In my clinical experience with women making pregnancy decisions, it matters not which term I use: ‘pregnancy’, ‘fetus’ or ‘baby.’ What’s important is what term she uses. Regardless of future plans for their pregnancy, women routinely refer to what they have seen on ultrasound as a ‘baby.’ Shouldn’t that tell us something?”

Perhaps most importantly, the realization of a woman that she is a mother is one of the most humanizing experiences. Far from viewing moms as “fetal incubators,” almost everyone looks to their mothers with gratitude and love. Christiansen writes, “I wonder if Susan Bordo yearly sends a Mother’s Day card to her ‘fetal incubator?' Where would we be without our mothers? That’s easy: nonexistent. I thank God for the nurturing and love my mother gave me as I was incubating. Thank yours today.”

Why We Offer Ultrasounds

More than 60% of Care Net affiliated centers offer ultrasounds to confirm pregnancy. An ultrasound allows a woman facing a difficult pregnancy decision to gain crucial information vital to her decision-making process, such as confirmation of pregnancy, age of the baby, and even his/her heart rate. Some women will connect with their child on a deep level and gain courage for the future. Regardless of their future plans or decisions, these women often recognize that the “clump of cells” inside of them is a life: their own baby. Women who are considering an abortion deserve to be fully informed before taking the next step. Offering an ultrasound to a woman who is considering abortion, far from belittling her, communicates respect and acknowledges her dignity. It says, You have a right to this information, a right to know what is going on inside your own body. It is up to you to determine what you do with this knowledge. Because I respect you, I want you to be empowered with the truth. An ultrasound cannot lie, it simply reveals reality. For many women, that reality has a name: a baby. Rather than presuming what they think, simply listen to what the women have to say.

Becca Samelson is the Care Net Center Services intern. She is a junior at Patrick Henry College and will graduate with a degree in journalism in Spring 2018. Her writing has been featured in both The Herald and Founders magazine.