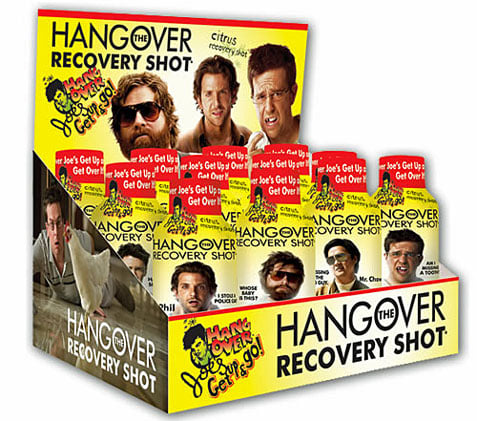 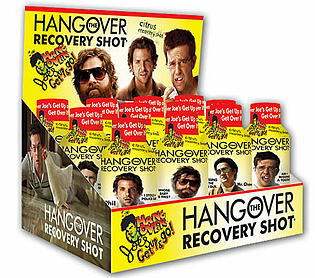 Meet brochoice Joe. He's any guy out there who loves women and supports their right to bodily autonomy. Just ask NARAL Pro-Choice America.

His morning drink of choice just might be the "Hangover Recovery Shot." For him, responsibility is paying for half the cost of an abortion, in the event of contraceptive failure.

Click to tweet: Brochoice Joe, @naral $ target: his idea of responsibility? Paying half for her abortion. Men, there's a better way. http://ctt.ec/420Lb+

But now NARAL is challenging him to step up and do more. Being a card-carrying member of Men for Choice isn't just a playful romp followed by some emergency cash to end an inconvenient pregnancy. It's also cash right now, to pay for NARAL's abortion on demand lobbying activities.

In an email I recently received, NARAL's CTO, John Brougher writes: "To defend abortion rights, men as well as women must speak out. That's why we organized Men for Choice--to recruit more men like me to fight for abortion rights. Will you chip in to help support this crucial program?"

Read the whole email below: 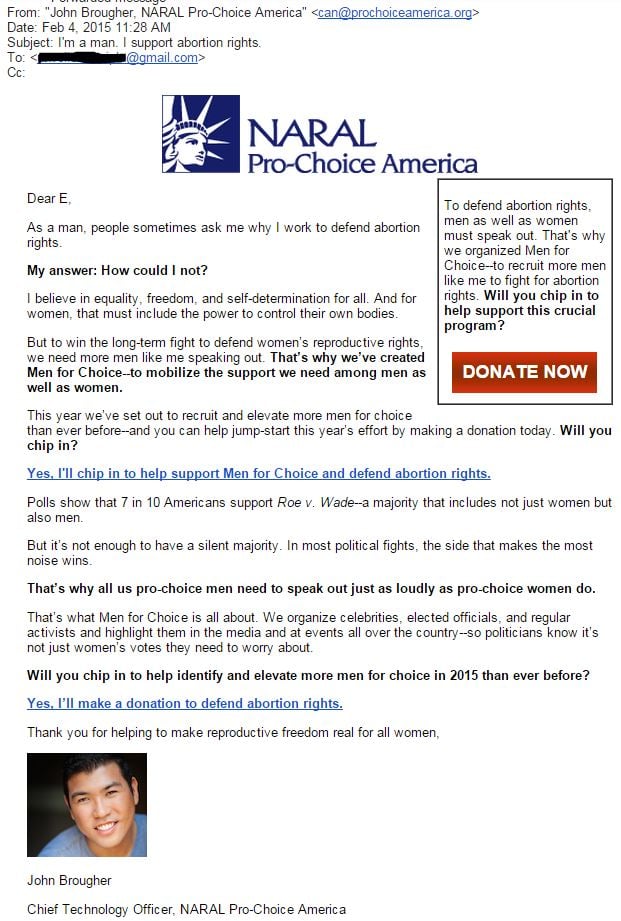 There's an alternative to being the kind of average Joe that John Brougher is recruiting. As Roland Warren says, it's to be an above average Joseph. Joseph is a model in our faith in two ways that pregnancy center leaders can apply in daily ministry.

1. Equipping men to be husbands & fathers

When Mary was pregnant unexpectedly, Joseph could have said "not my pregnancy, not my problem" and quietly abandoned her. Instead, following the guidance of the Lord's messenger, he chose to commit his life to being a husband to Mary and a father to Jesus.

What's the point for pregnancy centers? Our team members can be a vital part of the process of equipping clients to be parents and to make healthy relationship choices. Often, we focus this equipping on women, who can be seen as the "default parent" when they choose life over abortion. And women certainly need mentoring and equipping. But we must be equally attentive to the needs of the fathers of their children. When we equip men to commit to being difference-making dads who respect and love the mothers of their children - and, yes - marry them, we help build healthy families. Will you look for ever more creative ways your pregnancy center can contribute to the formation of healthy families?

2. Challenging men to be servant leaders

Joseph laid down his rights to have a firstborn son who carried his blood, which was no small thing in his culture, to come alongside Mary and care for Jesus as a loving father. Joseph understood that he must decrease, so that Jesus might increase.  And so, though he is a major hero of the faith, he has but a minor speaking role in Scripture. His work was behind the scenes, partnering with Mary to bring up Immanuel, their son and the Savior of the whole world.

How does this matter for centers? There are godly men all around you who are called to be like Joseph. They are family men or singles. They join with faithful sisters to build the local church. And God is calling them to come alongside your clients who feel alone and empower them to choose life. Will you challenge them to  fulfill the call of God on their lives to lead through service to the most vulnerable (James 1:27)? Will you make room for them in the pregnancy center to be mentors, to volunteer their professional services, to invest financially in your mission, or to invest their time as board members?

NARAL understands the value of men who are committed to their life-destroying cause. As Christians, we understand the power of what Carolyn Custis James calls the blessed alliance, women and men working together to be "an unstoppable force for good in the world." After all, providing compassion, hope, and help to women and men making pregnancy decisions is not women's work or men's work alone, it is God's work and our work together.

Click to tweet: Sharing hope w/ people making pregnancy decisions is not women's work or men's work, it is God's work & our work together @inspirelifenow

We'd love to hear your ideas for equipping to be a positive voice in the choices being made by their partners and challenging them to serve women in their communities at their point of need. Please share your thoughts in the comments below.

Adapted from Guys, NARAL Wants You to Chip in Some Bucks for Abortion, a post orginally appearing in Care Net's private affiliate community.