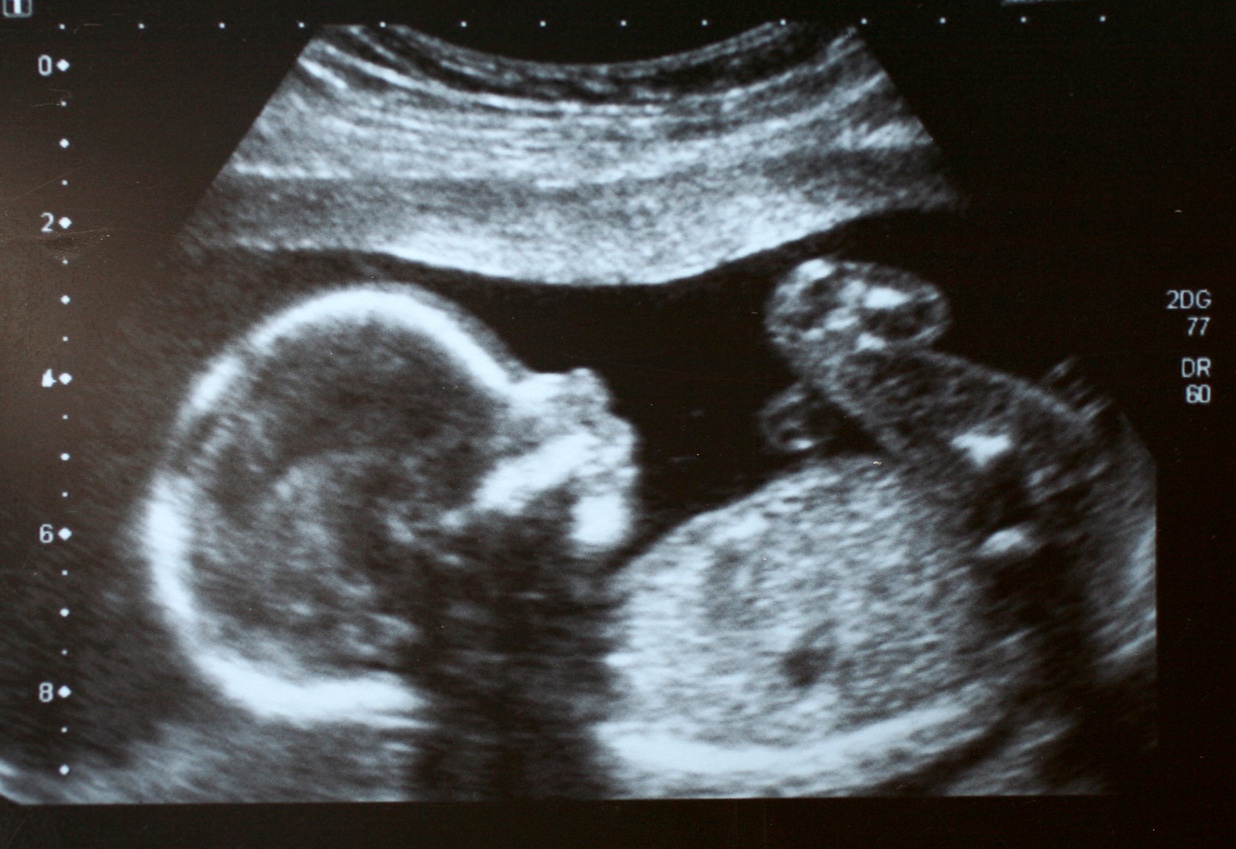 A January 2014 study out of University of California, San Francisco analyzed records from over 15,000 women seeking abortion from Planned Parenthood clinics in Los Angeles. Researchers sought to gauge the impact of viewing an ultrasound before the procedure on the decision to abort.

Eighty-five percent (85%) of the women (12,959) fell into the "high decision certainty" category and almost all in this group aborted regardless of whether they viewed an ultrasound or not. A total of 1,121 were categorized as having "medium” and “low” decision certainty. In this grouping, only 1.3% who did not view an ultrasound continued their pregnancy while 4.8% of those who viewed the ultrasound did continue their pregnancy, representing a statistically significant difference between the women viewing and not viewing the ultrasound image.

The other significant finding from this study was that as the baby’s gestational age advanced, so did the likelihood of changing minds and continuing the pregnancy. For example, women at 17-20 weeks were nearly 20 times as likely to carry compared with those at less than 9 weeks.

The study authors noted two clinical implications for abortion providers. First, women should be offered the opportunity to view their ultrasound images before abortion. Second, clinicians providing the ultrasounds should be sensitive to women’s reactions, but avoid making assumptions on how this may affect her decision.

Second, we can gain insights from the behavior of the women classified as having medium or low decision certainty. In this study of 15,000 women who showed up for their abortion appointment, 7% were not certain about their decision - that was more than 1,000 women. If a similar percentage of the 1.05 million women getting abortions in the U.S. each year are also uncertain, that’s over 73,000 women! These are the women who can benefit the most from pregnancy center services.

In this study, 4.8% of the "low and medium decision certainty" women who chose to have an ultrasound changed their minds and did not abort, as opposed to only 1.3% of those who did not see their baby on ultrasound. Imagine the pressure to go through with the procedure that all of these women must have felt and the tremendous courage it must have taken to say “no” and walk away. Had these women first visited a pregnancy center, would they have even scheduled an abortion?

A woman’s decision to abort is complex and many factors weigh in on her decision. The Guttmacher Institute fact sheet on induced abortion in the U.S. cites the top reasons women choose abortion. Pregnancy centers empower women and couples to address the pressures that leave them feeling like abortion is their only option. With support, many choose alternatives to abortion, like parenting or adoption.

Care Net internal statistics indicate that when women who are still in the process of making a pregnancy decision are offered the option to view their baby’s ultrasound image in a supportive pregnancy center environment, they are much more likely to continue their pregnancy. Now, published research from the abortion industry supports our practices.

Finally, Care Net’s Standards of Affiliation outline basic requirements for our affiliated medical pregnancy centers. In addition to these absolute requirements, Care Net promotes best practices that stipulate ultrasounds only be performed for clear medical indications, such as verifying the presence of a viable pregnancy in the uterus and estimating gestational age. While providing the ultrasound for these medical reasons, pregnancy center medical professionals have the opportunity to provide women with valuable education about their baby’s development. Such education can enhance a woman’s sense of connection with her unborn child; however, Care Net does not recommend that centers provide imaging for the sole purpose of creating a bonding opportunity, a practice known as “keepsake imaging,” and discouraged by the U.S. Food and Drug Administration and the American Institute of Ultrasound Medicine. Ultrasounds should only be provided by trained, licensed medical professionals according to existing guidelines and laws