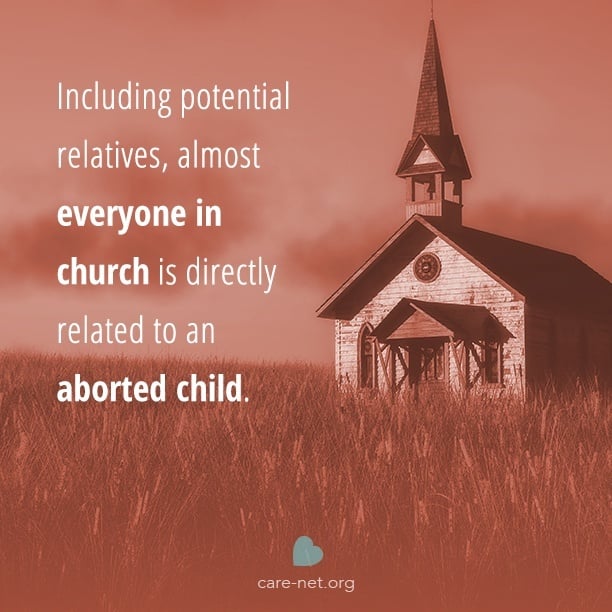 Abortion and the church: What can we do?

In the pew on Sunday, in the abortion clinic on Monday. 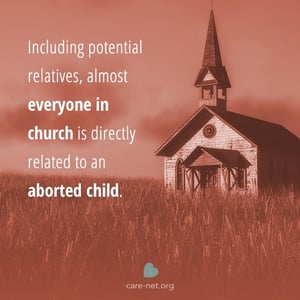 This is what a new national survey commissioned by Care Net found about abortion, women, and the church.  The survey found that nearly 4 in 10 women who have had abortions were attending church regularly at the time of their abortion.

As a Christian, I believe this is a sad “what.” But it is critical that we understand the “why” so that we can move toward a solution to this troubling reality.

Since Roe v. Wade was decided 42 years ago, three things have happened in the broader culture and within the church that have contributed to the prevalence of abortion among church-going Christians.

First, abortion, unlike the many other social problems churches address, has been thoroughly politicized.

Christian churches in America have a long track record of helping individuals and communities deal with a host of tough issues. Feeding the hungry, clothing the poor, sheltering the homeless – these are centuries-old staples of church ministry. More recently, many churches have added parenting and marriage education, and ministries for those dealing with harmful addictions, such as drugs or pornography.

None of those issues, despite their deeply personal nature and difficulty in overcoming, have been nearly as politicized as abortion. The result is that too many pastors have withdrawn, and rather than dealing with the polarizing fallout of discussing abortion from the pulpit, they have largely remained silent. As a result, they have let a moral issue become defined as a political issue.

Second, as a result of pastors’ withdrawal, there have not been broad-scale ministry on-ramps built around helping women and men make pregnancy decisions.

Over the past 20 years, I have seen churches become beacons of hope for so many in their communities. Programs like Celebrate Recovery, which started at Pastor Rick Warren’s Saddleback Church, have emerged to help people break free from the bondage of addiction. Programs like DivorceCare and GriefShare are helping millions of people navigate some of the most painful life experiences. In other words, churches have dedicated time, talent, and treasure to building robust ministries to help troubled people at a difficult crossroads.

But to help those challenged with an abortion decision, they have not done this.

Finally, our culture has spent the last 50 years devaluing the role and contribution of fathers to child well-being, and especially to the decision that a pregnant woman has to make. Unfortunately, the church has not been immune to this devaluing of the role of dads. So, while it is true from a legal perspective that abortion is a woman’s right, that does not mean that the father of the unborn baby does not have a responsibility to her and the baby. Indeed, this survey found that pregnant women view the father of the baby as the most influential party in their decision to abort or not. Despite this reality, we have all, Christians included, largely shut men out of the conversation under the “my body, my choice” mantra.

The result of these three factors, which the survey shows, is that most post-abortive women did not view the church as a place to go for help with a pregnancy decision.

For example, evangelical Christians were more than twice as likely as everyone else in the survey to agree that churches are a safe place to talk about pregnancy options including parenting, abortion, and adoption (70% versus 31% agreement). They were also significantly more likely to agree that churches are prepared to provide material, emotional, and spiritual support to women who chose to keep a child resulting from an unplanned pregnancy (74% versus 47% agreement).

And among church-goers in general, the survey found that they were four times more likely than non-church-goers to expect a loving reaction from the church to their unplanned pregnancy.

This is an open door that the church can and must enter. The church has an enormous opportunity to create ministries to present pregnant women – and the fathers of their unborn children – with realistic, life-affirming alternatives to abortion. To show them that abortion is not the best or only choice. That they are not as desperate and alone as they may feel at that moment. That there is a body of loving, caring individuals, connected to a church community, that will help them choose life and then provide life supports after their life decisions.

The church can no longer “outsource” to pregnancy centers (which are doing amazing things) the work of ministering to women at risk for abortion. Alongside programs like Celebrate Recovery and DivorceCare, churches must add a pregnancy care ministry. Care Net is working to create such a program.

To reference Christ’s words recorded in Matthew 7:5, abortion in the church is the log in our eye as Christians, compared to the speck in the culture’s eye. It is time the church got into the log removal business around abortion. Only then can it see clearly to lead the rest of the culture out of the darkness of abortion.