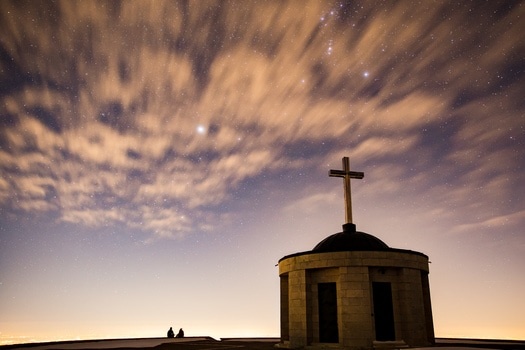 Abortion & The Loss of Reason

“It’s just what I believe,” my friend Tom said with a sense that the discussion was over. The tone of the conversation was amicable yet intense.  Understandably, abortion’s a heavy topic, yet for me, it’s a common occurrence to find myself in discussions like these.  Having launched a pro-life ministry, the topic of my work inevitably comes up and this particular day, during a Sunday afternoon football game, Tom was making his impassioned case that late-term abortions should be illegal, yet abortions in the first and second trimester were totally a decision left to the mother.

In response to Tom’s position, I drew his attention to the rational and logical conclusion of his belief:  hypothetically speaking, Tuesday abortion is morally acceptable, yet Wednesday it is morally untenable.  One minute it is a woman’s choice, the next it is murder.  Tom may not have articulated it this way, but logically laid out, this was his official position.

Upon my pointed description of his ethical orientation, Tom got an unnerved grin and said, “I see what you are doing here! (He pauses – gathering his thoughts) Here’s the bottom-line, it’s just what I believe.”  Tom hit the eject button on reason and logic.  Faced with the logic of his own position, he could not defend it, choosing to ignore the ramifications of his own stated belief.  Sadly, Tom is not alone.  This line of thinking regarding abortion has been birthed through a mixture of PR from pro-choice groups, a complicit media, intermingled with a little post-modernity, and topped off with some relativism.  This is the air we breathe and I would argue that a multitude of people would align themselves with Tom.

It’s in discussions like these that I realized something profound the church needs to recognize in proceeding forward with pro-life ministry:  We live in a post-rational culture when it comes to abortion.

Bernard Nathanson, was an abortion doctor who admittedly presided over more than 60,000 abortions, including performing an abortion on his own child.  He was instrumental in advancing the pro-abortion agenda in the 1960s and 70s, even co-founding the National Abortion Rights Action League (NARAL). Yet he eventually came to a pro-life conviction and subsequently became a pro-life champion.   His own description of abortion is chilling, “The abortion holocaust is an evil torn free of its moorings in reason and causality, an ordinary secular corruption raised to unimaginable powers of magnification and limitless extremity.”[1]  In other words, we are living in a post-rational age in regards to abortion.  The ethical posturing of the pro-abortion position has torn free from reason; it has no ethical grounding.  Evil has deluded our culture, on a mass scale, into believing that abortion is acceptable, right, just, and good. No amount of reasoning alone is going to correct this thinking.  This is why Tom, when confronted with the actual logical facts of his own reasoning, could not address them, he just doubled down on his position.  “It’s just what I believe.”  In his blindness to reason and logic, Tom will not be argued into seeing the value of all human life, and though it can be tempting, ratcheting up the volume and intensity of the discourse with people like Tom is not the answer.

How Then Should We Respond?

Scripture attests to the fact that, like physical blindness we all can be spiritually blind, unable to see the truth.[2]  This is what we are facing in the battle for life in our country today, a multitude of individuals whose minds are blinded by the god of this present age. Matt Chandler, Pastor of The Village Church in Dallas, and President of the Acts 29 Network, stated in an interview, “When it comes to the issue of pro-life it hit me a few years ago, that we really are probably dealing with a seared conscience…When there is a seared conscience, argumentation won’t win the day.  You need the Spirit of God, and the weight of the sovereign reign of God to push back what is dark.”[3]

In light of this present reality, we need to pray and pray tenaciously.  We must plead fervently with God to move and change hearts.  Here are the two ways we must approach pro-life prayer:

In 2012 I knew that God had given me a very specific burden for the issue of life and this is why I have created The Vox Project.

The Vox Project wants to inspire and equip pastors and ministry leaders to lead the way in speaking the truth about abortion with grace and compassion. At voxproject.org you can listen to many notable pastors who have already made a bold stand for life and these vignettes can serve as an example for your pastor and provide potential topics for life-affirming sermons.

What is the Lord asking you to do in regards to this great injustice in our land?

“. . . learn to do good; seek justice, correct oppression; bring justice to the fatherless, plead the widow's cause. ‘Come now, let us reason together, says the Lord: though your sins are like scarlet, they shall be as white as snow; though they are red like crimson, they shall become like wool.’” (Isaiah 1:17-18 ESV, emphasis mine.)

Culture may have hit the eject button on reason and logic but as the people of God we are called to bring justice to the fatherless and to plead the widow’s cause and the women and unborn children being impacted by abortion are today’s cultural orphans and widows.

Will you answer the call?  Will you pray?

The Vox Project was founded in 2014 by Mark Campbell.  Mark was a church planter in the Washington DC area, and served as a pastor in various roles for over ten years, before moving to Louisville, KY.  Mark and his wife Jaime are members of Sojourn Community Church. http://www.voxproject.org/