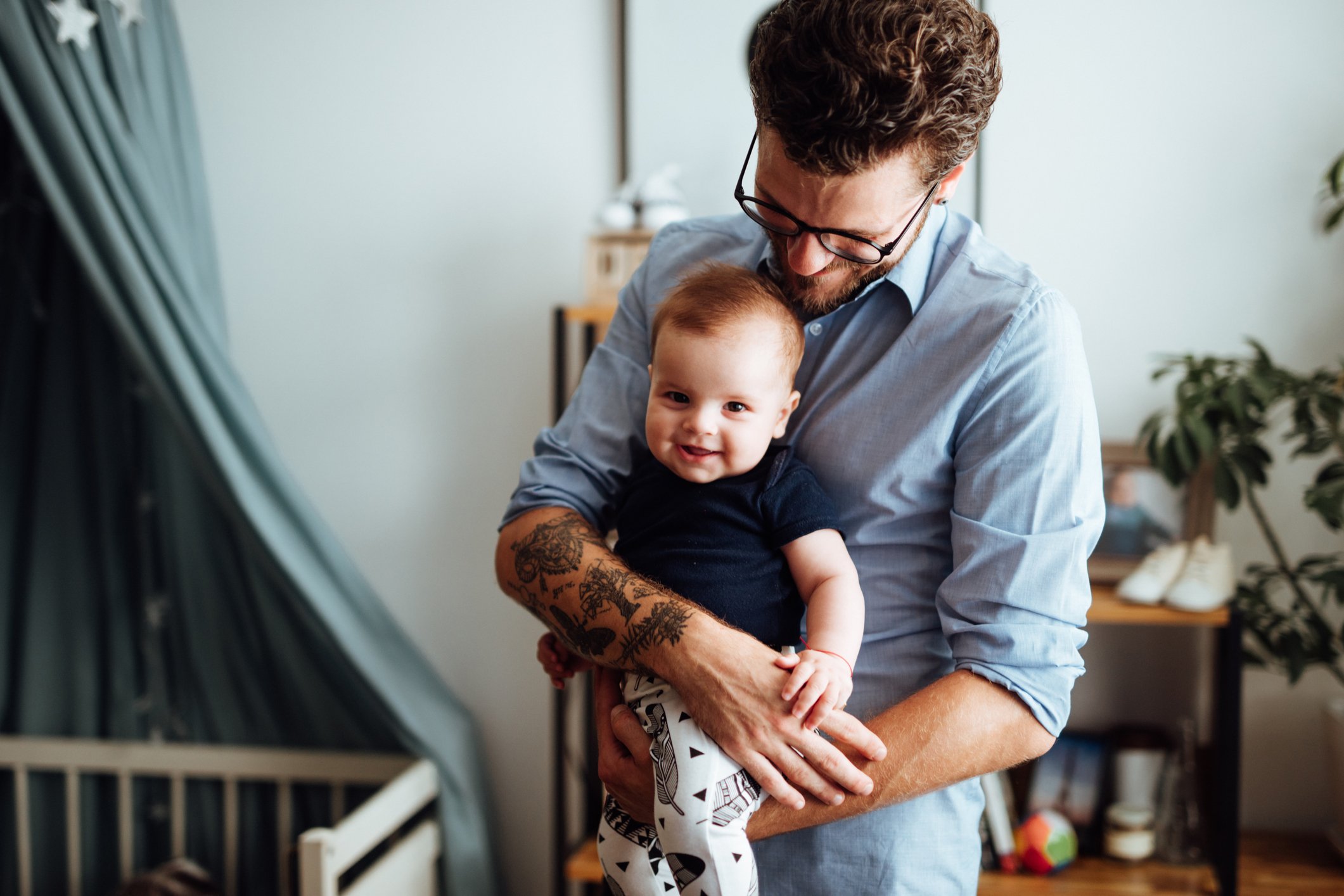 Now the one who has fashioned us for this very purpose is God, who has given us the Spirit as a deposit, guaranteeing what is to come.
2 Corinthians 5:5

When Demetri and his wife entered the baby boutique at Women’s Hope Medical Clinic, tears filled his dark, brown eyes. The Communications Director, who was simply leading the couple through a tour of the facility hoping to recruit them as volunteers, noticed immediately and paused, his eyebrows furrowed with concern. “I’ve been here before,” Demetri answered quietly before the question even came. “You’ve been here, to Women’s Hope before?” his wife clarified since she knew it was her first visit. It wasn’t that he had been keeping secrets—his wife was well aware of his checkered past—but he had simply blocked out that part of his painful story, forgotten until that pivotal moment.

It was there, at Women’s Hope, that Demetri and a former girlfriend had turned to for help when they found out they were pregnant. Both of them were professing Christians at the time, regularly attending church. But neither of them could face the shame and embarrassment they knew they’d feel admitting their situation to their families. “My parents already constantly compared me to other high achievers and I always came up short. They also knew I had gotten a girlfriend pregnant a few years before when I was trying to salvage my academic career. So I felt like I just couldn’t add another failure to the list,” he explained. “But I was optimistic that with the support of Women’s Hope, we could somehow make it work.” But Demetri’s girlfriend felt differently. In an abrupt turn of events, she moved to Florida and served him adoption papers, asking that he sign over his rights to his daughter. “The adoption lawyer said I was a low-income, unstable man, and unfit for fatherhood,” he remembered. “Her delivery and her critical assessment of me totally destroyed me,” he admitted. So he signed away his rights and felt that same searing pain of rejection in his soul he had tried for years to numb through alcohol, sex, and drugs.

“As a teenager, I went to live with my dad, but I never did get to experience that friendship with him that I desperately wanted and needed. He was a military man and stayed emotionally distant. He provided for me materially speaking, but what I needed was his heart,” he asserted. That void in Demetri’s soul left him desperate to fill it with whatever he could find. Sex, alcohol, parties—it was all a grand scheme to numb the hurt of rejection and inadequacy that he felt inside. “And unfortunately,” he confessed, “I ended up hurting a lot of other people through my immaturity and reckless living.”

But after the traumatic unfolding of events that led him to place his second daughter for adoption, Demetri hit rock bottom. “So I began to search for answers, trying desperately to salvage my shattered identity. I even considered trying other religions that might work better than mine had been,” he confessed. “In my mind at that time I thought, “Christianity just doesn’t work for me.”

But God wouldn’t take His hand off Demetri’s life. “Right before I started to download a copy of the Quran, the Holy Spirit spoke up,” he smiled. “With a gentle and quiet voice, God simply said, ‘But you never really tried Me’.” Suddenly, Demetri realized he had never read the Bible in its entirety. So over time, as he began to study the Truth, God miraculously removed his addiction to sex and pornography and changed his desires to line up with God’s own. “Real hope flooded my soul for the first time,” Demetri affirmed. “I began to realize that the porn, the women, the reckless living were all just idols I had turned to fill the void my soul felt from an earthly dad whose affirmation and affection I could never attain. So I repented from turning away from God to worthless pursuits, and I surrendered my whole life to Him. In time, I came to understand that my Heavenly Father fulfills all those needs far better than any earthly father ever could. God’s affection freed me to forgive my earthly father, let go of my past, and start a future with His Spirit in the lead.”

Not long after, Demetri met Dominique, a beautiful young girl whose love for the Lord and for him stole his heart. Her father, equally grounded in the Word of God, became a loving and wise mentor and father figure for him as he navigated the new waters of marriage, job loss and change, and eventually parenthood when his third daughter was born. God also brought another older couple into his life who became what he considers his spiritual parents, providing additional encouragement and guidance. “It was then that God started pricking my heart about the baby I had fathered but never knew,” he remembered.  “I knew I had to work through the loss that I still felt from those fractured relationships.” It was about the same time that the Communications Director at Women’s Hope invited him to a service where he learned about the alarmingly high abortion rate in his own city of Auburn, Alabama. Slowly, God began directing Demetri and his now-wife to begin exploring a call to help others make better choices that lead to life—abundant life—on every level.

It was God’s direction that led Demetri back to Women’s Hope Medical Clinic as a new man in Christ. Though tears filled his eyes when they entered the baby boutique, Demetri’s heart brimmed with joy and gratitude toward God who never gave up on Him. “My heavenly Father has given me a chance to speak life to others who, like me, desperately need to hear about His love,” Demetri acknowledged with deep gratitude.  “What had been such a source of pain in my past has now become a point of connection with others who need to know the unconditional love of the Father. Because of Jesus, I’m not only fit for fatherhood on a personal level, but as the new Fatherhood Director, I’m uniquely positioned to help others become the kind of dad God designed us to be! And I’m grateful for the chance to show them the way.”