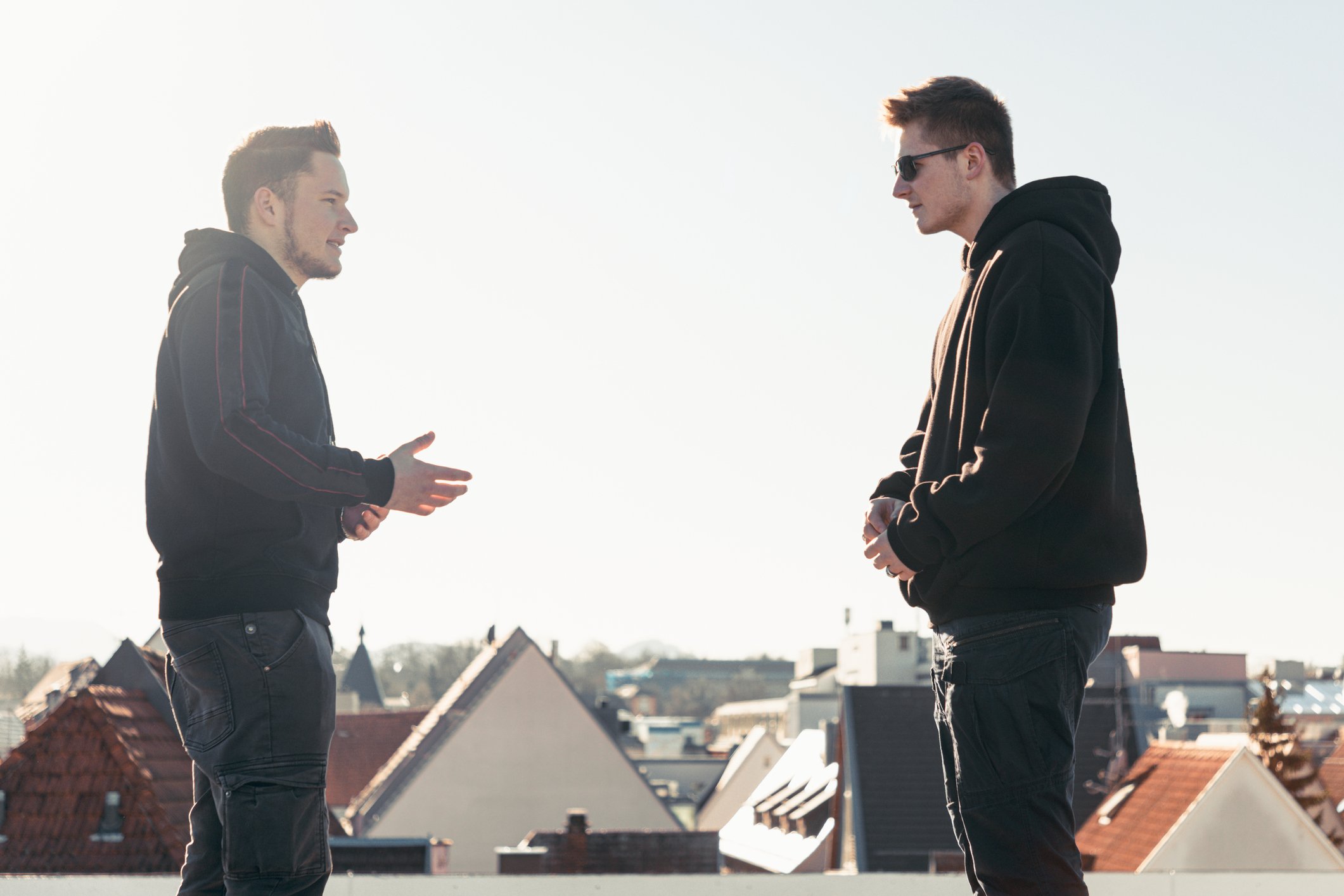 There is neither Jew nor Gentile, neither slave nor free, nor is there male and female, for you are all one in Christ Jesus.
Galatians 3:28

The Making Life Disciples small group members were agitated. For weeks they had met together on Wednesday nights to go over the curriculum in the upper room of Bernadette’s Faith in Action community center, owned by brothers Dale and Barry Brockert. During the training course, they had heard the statistics about abortion in their community and learned about its long sordid history and procedures. And now they were ready for the real-life application—the part of the course that employs role-playing, taking turns as either the counselor or the abortion-minded/vulnerable mom. Dale, a politically left-leaning life advocate, sat in the “abortion-vulnerable” seat, as other students took their turns at counseling. But Dale’s hypothetical problems, which mirrored the very real struggles many abortion-vulnerable families face, often stumped them. As they talked and reasoned with him, he answered from a political and philosophical worldview that seemed so foreign to them they hardly knew what to say. More than just an exercise, the role-playing stretched their capacity to understand and relate to someone utterly different from them.

“Despite the discomfort, It was actually great training,” Dale’s younger brother Barry laughed as he recounted the story. “Sometimes when you grow up with a conservative mindset, it’s just hard to wrap your brain around how people raised differently can think,” Barry noted. In addition, brothers Barry and Dale brought in trained counselors from Compassion Pregnancy Center to help with the role-playing. “It’s really the key to getting the big picture on the sanctity of life,” Barry continued. “People that are really strong for pro-life issues often have a tough time softening to see the hurts and struggles of the abortion-minded. You have to talk them down the mountain to the hill,” he chuckled, then added, “The truth is, a lot of Christians get so accustomed to their own circles and church settings that they really have no clue what it’s like in demographically different places like the inner city, rural areas, and the like. The whole mindset is different in those places, and it’s important to learn how to relate to people who are different from us if we really want to reach them with the gospel. Dale really helps us to do that,” Barry concluded.

But Dale’s insight into a different mindset came quite naturally. Unlike Barry, Dale is a democrat, strongly supporting many of the initiatives of the democratic party. When Dale prayed to receive Christ after discovering Jesus through a Bible study led by his brother Barry, Dale’s political position remained mostly intact.

“In fact, early on before I had any training myself, I remember a time when Dale and I were playing cards and the abortion topic came up. I exploded at him because of our different positions. It was ugly,” Barry admitted.”But later, when we learned about Making Life Disciples, we both decided to take the course together. What a miracle! The curriculum softened my heart and filled me with newfound compassion for those facing unplanned pregnancies. And Dale changed, too, becoming strongly supportive of life. The compassion of Jesus taught throughout the course gave us common ground despite our political differences.”

But when asked how two people from polar-opposite perspectives could run an outreach center together, Barry smiled. “I wondered how it was going to work at first,” he admitted. “But I was just so grateful that Dale wanted to join me in the vision I had for starting Bernadette’s Faith in Action Community Center. We started it in honor of our mom who died three years ago, and the partnership was actually an answer to my prayers,” he explained.  “Dale had always been my best friend, but we had grown apart over the years since he had moved away, not only from our family but from the faith, as well,” he remembered. “But as God would have it, I eventually had the opportunity to counsel a member of his family who was struggling with addiction and led them in a Bible study. Dale joined the Bible study to help out and ended up coming to Christ in the process! Later, when God put the community outreach center idea on my heart, Dale immediately saw the potential for it. His heart was for those suffering from addictions, and mine was to provide help and hope for abortion-vulnerable families. We went in together to purchase the property and Bernadette’s Faith in Action was born.”

Since then, the brothers have teamed together to build and stock a food and diaper pantry, host a new church on the property and lead several groups through the Making Life Disciples course. They’ve run ad campaigns to create awareness, sent flyers about their services out into the community and OBGYN clinics, and labored with local pregnancy centers to help out in whatever ways they can.

“It turns out that our political differences don’t matter so much when we keep our focus on Kingdom initiatives,” Barry reflected. Both brothers want the world to see Jesus in them as they continue to serve those who are hurting around them—side-by-side, and not at each other’s throats. “We can do that if we keep Jesus and the gospel as our top priority and not our political views,” Barry asserted. “It’s our unity and love for one another that will win people to Jesus.”