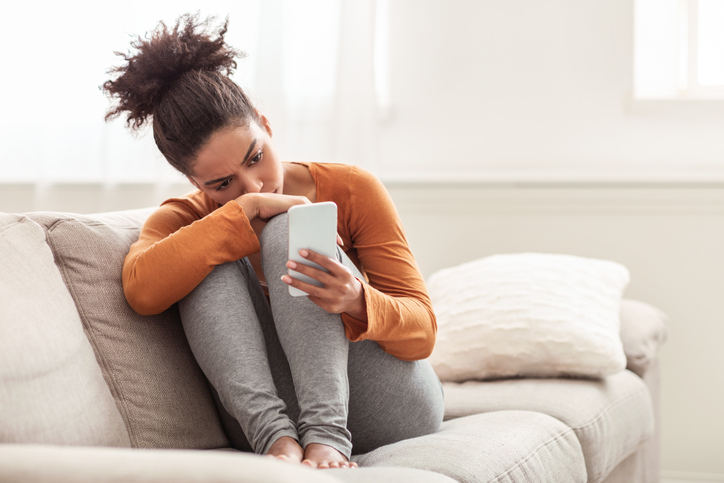 Helping a Post-Abortive Woman Find Her Voice (and Keep It): The Toni Weisz Story

The woman on the other end of the line was quiet. Toni waited patiently, unbothered by the silence. She knew the question she had asked was hard for her new friend. It is never easy to share the deepest, darkest, secrets of the soul, especially when they are enshrouded with shame and regret. The inherent risk of honesty and vulnerability seems overwhelming. But the woman felt safe with this small group of women on the conference call, women who shared her pain—the experience of abortion common to them all. So taking a deep breath, in the anonymity of a simple, faceless, phone call, she began to share her story of pain. Toni smiled and prayed a silent, “Thank you, Lord!” because she knew: her new friend was finding her voice, and taking her first steps toward healing and freedom.

Toni asks the hard questions with grace and compassion because she understands first hand the pain post-abortive people feel. Almost forty years ago, shortly after her twenty-first birthday, Toni found out that she was pregnant. But to let her baby live would have meant the death of her identity--the facade of perfection she had worked so hard to maintain all of her life. After all, the rigid, religious upbringing she had endured left no room for error. As the oldest of three children, she accepted her role as the responsible, good child. But the mask she wore concealed the loneliness, rejection, and hurt she bore inside from the loveless life she felt like she lived. Worse still, she believed at her core she wasn’t loved because she was unloveable.

The pain of that ungodly belief, reinforced through a series of emotionally abusive relationships, drove her to deeper levels of desperation than her unsuspecting family and friends could even imagine. Alcohol, drugs, and promiscuity worked as a trifecta to numb her pain but never filled her with the peace she craved. And then came the pregnancy.

Fear of exposure, and the inevitable rejection it would bring, escalated her panic and the chaos in her mind. Though it took a month to muster her courage, she chose to put an end to her pregnancy. Then she married the father of the baby she wouldn’t carry. “On the outside, everyone thought my life was great. I kept wearing my mask for years, even decades to come. I even had myself fooled, thinking I had escaped the consequences of my decision,” she said. “It never dawned on me that the deep rage I felt roiling inside my spirit had its roots in my abortion. I didn’t understand how my profound self-loathing was linked to my shame--and I let it destroy all my boundaries. I spent the next several decades at the mercy of other people’s manipulation, a doormat to their desires, unable to find my own feelings, my own voice.”

But in her thirties, Toni met Jesus. Through a dramatic encounter with her Savior, she began to feel a lightness she hadn’t known before. She and her husband had more children, joined a church, and she felt a hope for normalcy. Life was better, but in the new church environment, she quickly and easily resorted back to performing—this time for God as well as the members of her church. Masks work well in Christian communities, too, she discovered. But Jesus wanted her heart.

That’s when, in her early fifties, Jesus told her to stop. Stop all the Bible studies and meetings and religious activities that filled her life and drowned out the still, small voice of the Spirit. In the quiet of what felt like a desert in her soul, she heard God clearly declare His unconditional love for her, and it was time to come clean. To confess and receive healing. To help others who were hurting like her.

And so she did. Stepping out in faith, she decided to lead a post-abortion recovery Bible study. Before she announced it, she first told her parents, and other close family and friends the truth. Shocked at this unexpected disclosure, they discouraged her, saying, “Why talk about such uncomfortable things? Can’t you just do children’s ministry or something?” Toni almost lost her nerve, except that God spoke through her pastor the following Sunday. The message again was clear: Obey God. Trust Him with the results.

Released from her people-pleasing past, Toni felt free to test and try different ways to reach women. She connected with her local pregnancy center in Palm Beach and began to lead post-abortive Bible studies at their center. She reached out to other abortion recovery ministries locally. And through word of mouth, referrals began coming in from her own church and others.

Though many were helped through the in-person Bible study format she used, she found that many more of the women who needed help wouldn’t risk the exposure of an in-person meeting. That’s when God led her to start the Sunday afternoon conference calls. It gave women a safe place to continue talking about their past abortions and to receive the additional healing they needed. To facilitate discussion and growth, Toni produced an eBook called, Leading Them into His Light, highlighting 17 women’s abortion stories and how the power of God’s love and redemption led them to heal. She also launched her website at myashestobeauty.com to make resources and connections with help readily available. Now Toni’s referrals aren’t limited by region. She has women connecting with her from all over the country through the national ministry Surrendering the Secret and through her own website, many of them joining in the weekly conference calls to receive the encouragement they need for that week.

“I love what God is doing,” Toni says. “I’m also seeing fathers touched by past abortions coming clean and finding healing. Both men and women in the body of Christ and in our communities need it. “And that’s where I’ve found that Making Life Disciples fits in. It’s excellent grace and Spirit-filled training material that teaches other members like me how to step into this discipleship role. As we learn to listen to each other’s stories and allow the Spirit to lead us to the next good—even hard—question, our Savior will release their chains. We just have to be willing to speak up, obey, and watch what He will do.”