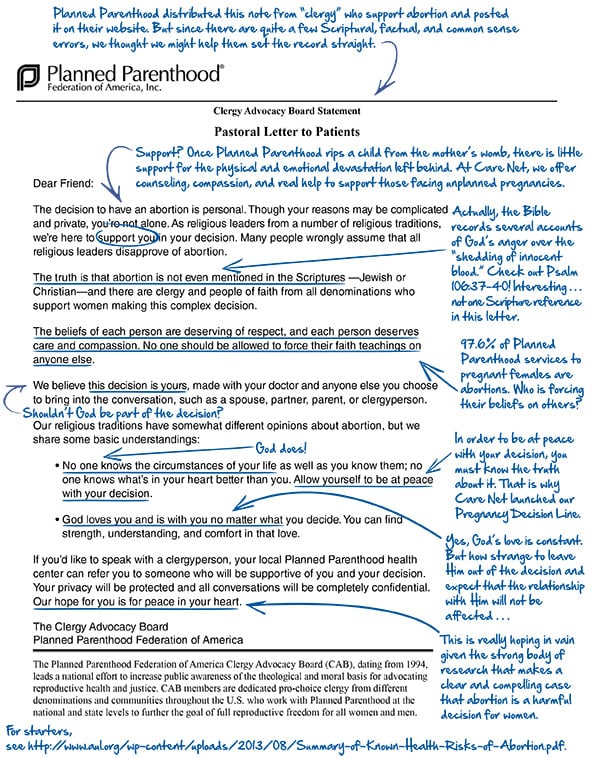 Planned Parenthood doesn't think God has anything to say about abortion. 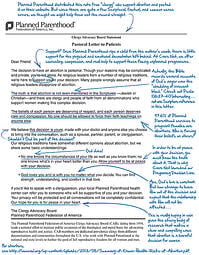 Unfortunately they've found clergy members to support this view, who have written a letter that Planned Parenthood distributes to people of faith to help them feel comfortable with a decision to abort. The problem is that the letter is full of lies and scriptural inaccuracies.

Another big problem, especially for churches, is that there may be some evidence that letters like this work. After all, 65% of women who have had abortions identify themselves as Christians.

In order to combat this non-Biblical view of abortion, we "marked up" Planned Parenthood's letter, pointing out its glaring issues. Care Net's president and CEO, Roland Warren, also broke down the letter in a Life Chat, which you can watch below. In it, he talks about how Planned Parenthood's "clergy letter" exploits the period of time immediately after an abortion when women feel relieved... but does that relief last, or does it become something else?