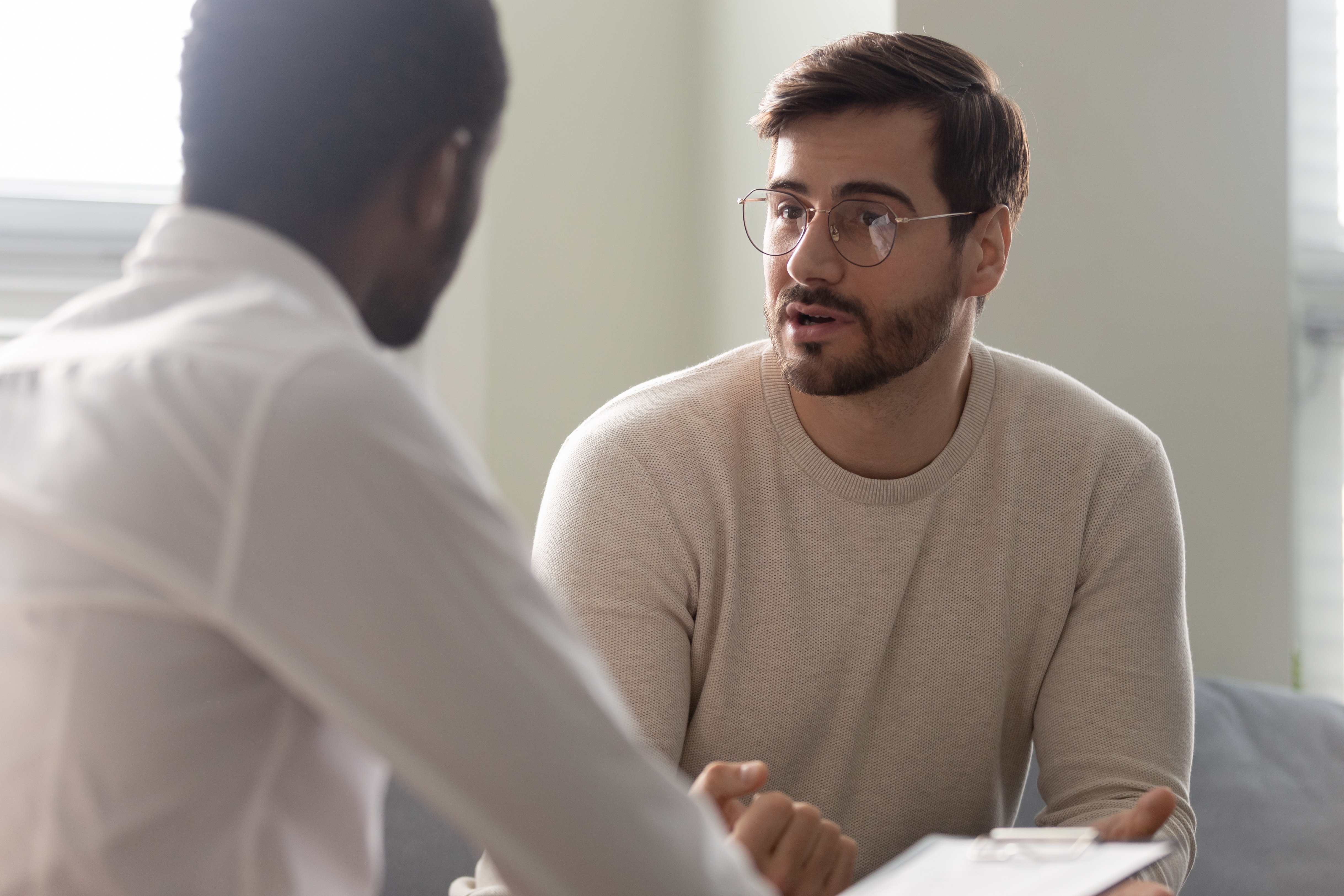 Praise the Lord, my soul,

and forget not all his benefits…

who redeems your life from the pit

and crowns you with love and compassion.

Matthew Solomon held up an empty water bottle in front of the Criminal Justice class. "I paid $3 for this when it was full," the new Men's Program Director of Life Choices Center in Binghamton, NY spoke matter-of-factly. "How much is it worth now?" He paused a few moments as the students stared back, not sure if it was a trick question.

Matthew went on to explain how plastic water bottles just like this one fill our oceans and landfills. As such, they are nothing but worthless trash that upsets ecosystems and negatively impacts our world. Then he made it personal. "People used to see my life like this empty bottle," he continued. "I made some devastating choices that seemed to drain every ounce of worth from my soul. I felt empty and useless, but God saw something different," he smiled as he set the bottle down. "It turns out He's in the recycling business – and I'm here to tell you that His final products are of greater value than the original!"

Indeed, Matthew’s life story held the whole class spell-bound. Never had they heard a former convict share his testimony with all the dignity, confidence, and passion that Matthew had. Clearly, he was a changed man. The question in all their minds was: How?

While in prison, Matthew became a father, his now ex-wife giving birth to his daughter a few months prematurely. “Although I was not with the Lord at that time, I had been raised to cherish life, so, in spite of my situation, abortion wasn’t a consideration. But when my daughter arrived, I knew I wanted to be the best dad possible for her. That meant I had to make some serious life changes.” Being a studious soul, Matthew applied himself to first research what the mom was going through, then sought to understand the challenges his premie daughter was facing, both independently and as a result of his incarceration. Unable to be physically present, he sent letters and presents and sacrificed what little funds he had to show mom and daughter he cared.  Then, just three months after his daughter’s birth in 1998, his father died, and Matthew finally hit rock bottom. “I’d thought that incarceration was the lowest point of my life until I realized that I simply couldn’t be who I needed to be for my family,” he reflected.

While others in the world welcomed New Year’s 2000 with festivities, Matthew’s heart cried out a challenge: “God, if you’re real, I need you to show me!”

Instantly, an inexplicable, tangible peace flooded Matthew’s aching heart, bringing the healing he’d needed for so many years. He surrendered his life to the Lord of love and grace he had just encountered. “My life didn’t get easier after that and I didn’t always make the right choices, but my trajectory changed!” he affirmed. As he began to study God’s Word, he felt a deep kinship with Bible characters whose lives mirrored some parts of his own. He began leading Bible studies and encouraging other inmates. Like Joseph, he was imprisoned, but not without hope. He was undergoing deep, transformational soul changes wrought by God through the fiery trials he was enduring. Far from trashing his life, God was cultivating the character he needed to step into his future, unexpected calling.

It came in the fall of 2021, just 2 ½ years after his release from prison and his relocation to upstate New York. His pastor and dear friend directed his attention to an opening for a Men’s Program Director at Life Choices Center. “Many employers wouldn’t give an ex-con the time of day, let alone an interview,” he acknowledged, “but Michelle Brown, the executive director, saw beyond my past to the man God had refined through fire to be a perfect fit for the job.”  Others began to see it, too.

Not long after Matthew’s starting date in January 2022, a young, expectant couple decided to give Life Choices a chance. As he does with every man that enters the center, Matthew greeted the 22-year-old abortion-determined, father-to-be at the door, despite his cold demeanor and refusal to look up from his phone. Undaunted, he brought the young man back to his office and began to talk. In time, the father of the baby challenged, “Hey, you’re good at your job. Why do you do what you do?” Matthew pulled out an old photo taken at the correctional facility where he was able to hold his daughter for the first time and handed it to him.

Intrigued, the young man asked about the prison setting. As Matthew told his story, the father finally uncrossed his arms and relaxed back into the chair, blown away by what he heard. “Never saw that coming,” he said.  “I’m from the same streets you are,” Matthew’s gaze fixed on the young man’s, “but God transformed my life, and I’m not the same man today.”

From that point on, the father began to pay attention and took information on options. Later, after he and his girlfriend had seen the ultrasound of their baby, Matthew saw them laughing and looking at baby clothes in the Baby Store. “God did not reveal to me what happened after they left, but He did show me that they left different than they came. They came into the center empty and fearful, but they left with a new kind of joy!” he beamed.

Matthew envisions life transformation for every man he encounters at the center. In his eyes, no one is past the point of redemption when God’s involved. “I’ll never forget what I learned at the Care Net Men’s Conference [in March 2022] when Tony Evans said, ‘Do you want a better world? Then make a better man…one man at a time’,” he recited and then added, “Just like how God saw Gideon as a mighty warrior even while he was hiding like a coward in a winepress from his enemies, God called out his true identity.”

It’s what his Executive Director, Michelle Brown, and his Pastor had done for Matthew. And it’s what he and his staff hope to do for every client. “Where the world sees a washed out and wasted life, we see each father’s true potential and work to bring it out. But it’s a big task, and I can’t do it alone,” Matthew conceded. “I have a fantastic staff who supports me in every way, but I desperately desire for godly men from local churches to come alongside these fathers for the long haul. With the right help and discipleship, these men will realize their true identity in Christ and reach their highest potential. And that’s when lasting change happens—in the family, the church, the community, and eventually the world!”

And so it is to the 50+ churches that support Life Choices Center that Matthew has turned to for help to handle the large influx of male clients his center has suddenly begun seeing. “God is bringing the men, and He’s given us a vision for how to care for them and lead them into life-affirming decisions.”  As Matthew puts his three-step process into place, he’s helping volunteers find their niche as door greeters, mentors, or behind-the-scenes workers. “We have a place for everyone’s gifts and comfort zone in the Men’s Program,” Matthew attests. “Now I’m asking God to provide men who share the vision to change the world…one man at a time!”