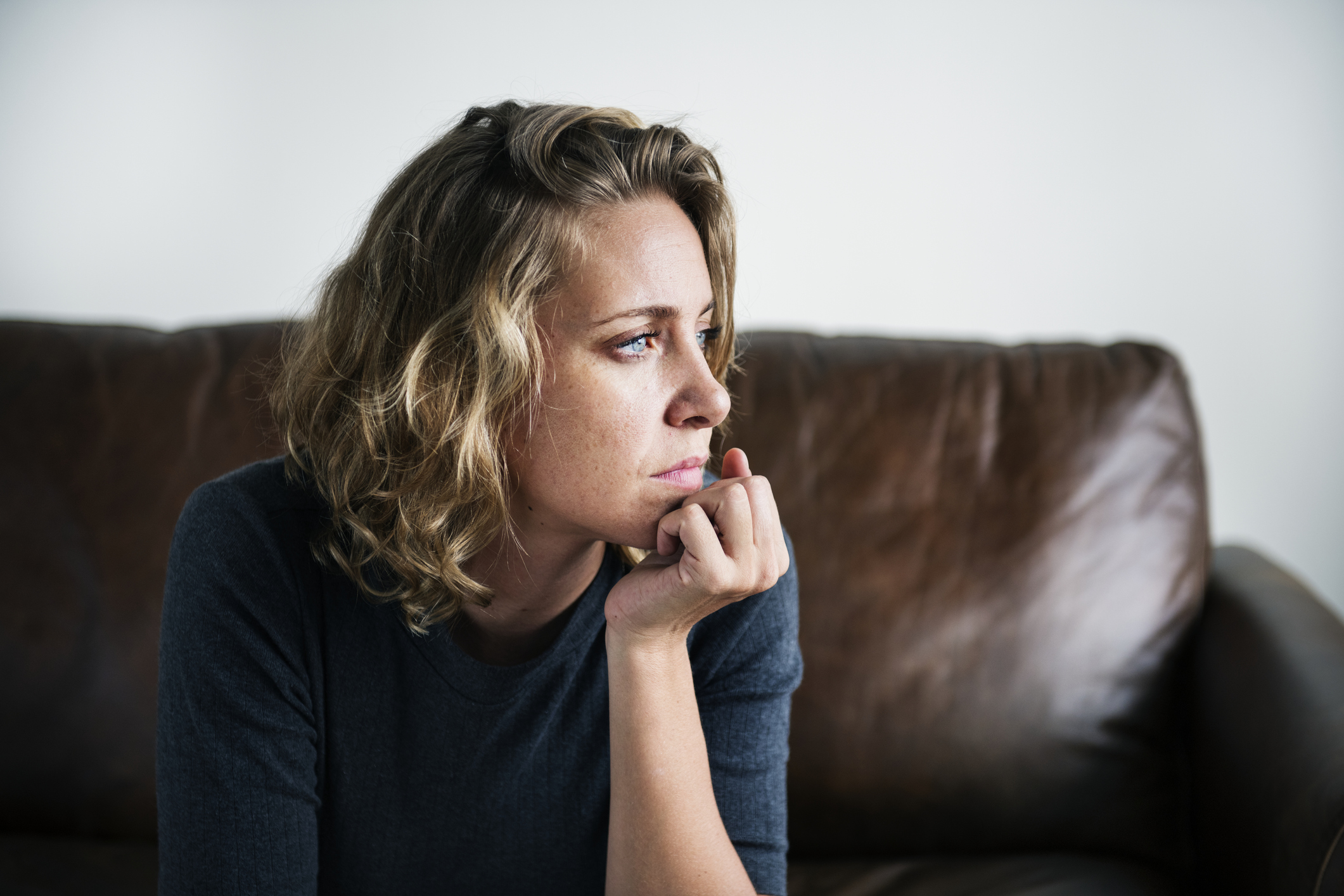 The Abortion Exception: ‘Don’t Speak For Me!’

It was one of the last scenes in the movie Unplanned. Abby Johnson, played by actress Ashley Bratcher, had left her job at Planned Parenthood and was at the clinic’s gate boldly sharing with a young woman about protecting the life inside of her. It was while watching that scene when Serena Dyksen felt God telling her; it is now time to share her story.

Alabama’s recent bold pro-life bill does not include an abortion exception for victims of rape or incest, creating a firestorm of opinions even among those who rally in support of overturning Roe v. Wade.

But if you ask Serena Dyksen, if rape should be an exception to allow an abortion, then she wants her testimony to answer that question.

“Women and men are sharing their opinions about abortion and the rape exception,” Serena commented. “Many are speaking about something they don’t know personally and are speaking on my behalf. But the truth is, they don’t know because they have not been through the trauma that I have experienced. It is time for me to talk about my rape and not let others speak for me.”

Serena grew up in a dysfunctional home with her parents and sister. They moved quite frequently and, if her parents couldn’t pay their bills, then they would pack up and move – sometimes leaving in the middle of the night with only the clothes on their backs.

When she turned eleven, Serena’s family moved near a relative who needed her help babysitting. The husband in the home began to sexually abuse Serena and got her pregnant when she was thirteen.

“I didn’t even know the word abortion,” Serena recalls. “I just remember my parents taking me to a doctor who mentioned that word and my mother saying, ‘Yes, we want an abortion.’ I didn’t understand the proper words to define my body at that age. I just let my mom answer all the questions for me because when you grow up in a dysfunctional family, sometimes the best thing to do is to remain quiet.”

They scheduled the abortion, and Serena remembers the people at the clinic informing her mother to be prepared to be harassed by Christians when they got out of their car. “There was already a lot of tension in my home. But I remember being so stressed that there might be people yelling and screaming at us when we arrived at the clinic.”

When they arrived at Planned Parenthood, there was no one outside the clinic. “My mom was so relieved that there were no ‘church people’ there,” Serena remembers.

Serena shares her experience at Planned Parenthood that day:

“We enter the clinic, and I was called back to a room alone. I remember the woman talking about clumps and describing abortion. She asked me if I understood, and I nodded yes, but I had no clue what was happening to me. She took me into another room where I lied down. The doctor came in and smiled at me and said, ‘This won’t take long.’ I remember experiencing the most excruciating pain that I had ever felt, and I began to scream. The doctor shouted at me to shut up. A nurse came in and held my hand, but nothing helped to relieve that kind of pain. They then moved me into a room with other women, and I sat down on a recliner chair. When I stood up from that chair, I remember a gush of blood coming out of me. My dad came in and carried me out to the car. After that day, my abortion was never talked about again.”

Several years later, at the age of sixteen, Serena and her boyfriend found out she was pregnant again. “My boyfriend was from a Christian family, and he knew sex outside of marriage was wrong, but when faced with our situation, he asked me what I thought about abortion.” Serena remembers her strong reaction to that painful word, “I said, ‘no way’ and proceeded to tell him my whole tragic story when I was thirteen years old.”

Together, Serena and her boyfriend agreed to not go through with the abortion due in large part to the church's support. “Our church surrounded us with so much love and support. We had our daughter and got married. We didn’t know how to parent, but the church helped us. We were broke, but the church supported us,” Serena recalled. “The very people who Planned Parenthood said would be harassing us, were the people who loved and cared for us in our time of need!”

Serena and her husband were blessed with a son two years later, and by twenty-three they bought their first home and were living a good life as a family of four.

But their happy home changed when the family experienced a traumatic event concerning their two children. “I realized that I had not dealt with my rape and abortion, and it led me to a path of destruction,” Serena acknowledged. “I moved out of the house, leaving my husband and my two children, and turned to drugs and alcohol to numb my pain. My husband was always there for me, but I pushed everyone away. I was running full-speed to hell!”

After drinking heavily one night, Serena came to her breaking point. “People were tired of me reaching out for help and never following through. I had burned all my bridges,” Serena admitted. “I cried out to God in my car in my destitute and drunken state, and He met me there,” she testified. “I felt God telling me to go home, and by God’s grace, I made it home safely with my husband opening the door and welcoming me with open arms!”

That was the last day Serena reached for alcohol or drugs. She went for counseling and began to experience complete healing for all the trauma in her life. One day, while reading the scriptures, the Lord directed her to Lamentations 3:55-58 (NIV): “I called on your name, Lord, from the depths of the pit. You heard my plea: ‘Do not close your ears to my cry for relief.’ You came near when I called you, and you said, ‘Do not fear.’ You took up my case; you redeemed my life.”

Looking back on the abuse and trauma of her life, Serena has a very different perspective from the voices that try to speak on her behalf regarding the rape exception for abortion. “There is not a day that goes by where I do not think of that aborted baby. What if always comes to mind,” she questions. “I know God had a purpose for that baby. It doesn’t matter how that baby was conceived. That life had a purpose!”

Serena knows the difficult circumstances surrounding rape and abortion. How do you bring a child into the world from such a tragic event is a question filled with doubt and uncertainty, but Serena wants to use her life story to answer that question with honesty.

“I think it is easy for people to say rape is the worst thing that could happen to me. But they don’t know what I experienced behind those closed doors at Planned Parenthood,” she reflected. My abortion was traumatizing. They lied to me, and they didn’t love or care for me at the young age of only thirteen years old. Abortion did not fix the problem; it only added more trauma to my life.”

When confronted with the question of whether rape is an exception to allow an abortion, Serena states emphatically, “No, absolutely not! It does not fix anything. It adds more pain, more lies, more guilt, and more shame. Abortion keeps women in shackles!”

Today, Serena lives in complete freedom from her past, and she knows now is the time to talk about her healing. “God is so good!” she testifies.

She finds comfort from Genesis 50:20 (ESV): “As for me, you meant evil against me, but God meant it for good, to bring it about that many people should be kept alive, as they are today.”

Serena and her husband have been married for twenty-five years and are proud grandparents to a beautiful granddaughter. They both serve on the board of North Central Indiana Teen Challenge, a faith-based drug rehabilitation program for men. Serena ministers to women in jail and who are homeless. She shares her story and the gospel of Jesus Christ.

“I didn’t want to share this part of my life,” Serena admits. “I felt people would look down on me, but that is such a lie! People need to talk about abortion and rape. The church needs to talk about it. Some women are not ready to talk about their past abortion, but when they are, the church needs to be prepared to walk alongside them, love them, and point them to the cross for their healing. Discipleship is not easy, and sometimes it’s messy, but I am so grateful that I had people in the church who loved me and directed me to the truth of God’s word.”

If Serena could pass on one message of hope to women who have not dealt with the pain of their abortion, it would be that there is healing. She shares, “Everyone needs to walk through the healing process of their past abortion, no matter the circumstances. If you don’t, you will be walking through deception, pain, and all the bondage that goes with that. But the same God who sent people to show His love for me is the same God who will redeem your life too. I want to share my testimony because it is God who shines through my story!”

To learn more about how the church can support life issues and bring healing to the post-abortive go to:  www.makinglifedisciples.com

Republished with permission from www.julieklose.com