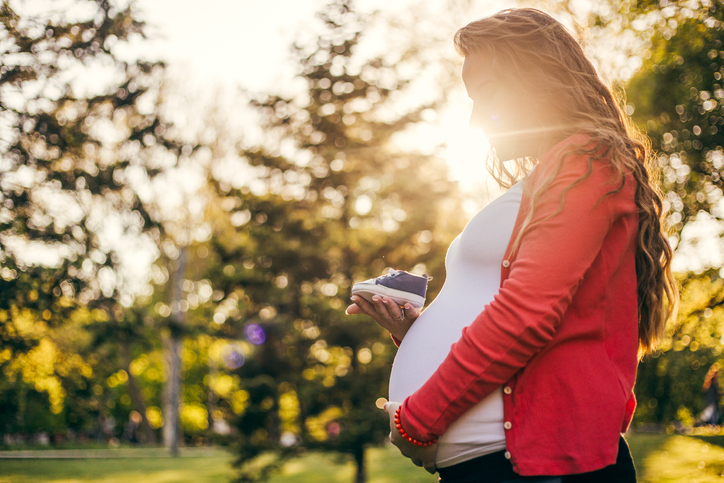 The Only Way Out: Shaylene Burlage’s Story

I took you from the ends of the earth,
from its farthest corners, I called you.
I said, ‘You are my servant’;
I have chosen you and have not rejected you.
Isaiah 41:9

As Shaylene Burlage lay on a dirty mattress in an abandoned apartment building, she clung to a simple flier a stranger had handed her moments before. It read, Call on Jesus, then call us. It was an invitation to a Christian women’s shelter, free of charge. For Shaylene, it was an invitation to freedom in every way. Today was her emancipation day.

For far too long, the enemy of her soul had kept Shaylene bound by shame and lies. Being molested at seven-years-old, raped at twelve, and gang-raped by three men who had drugged her at 15, had certainly taken its toll, though she had never considered those events as anything other than her fault. She felt dirty, used, and worthless, but those feelings only deepened when she found herself pregnant at the young age of 15. Her dad’s decision was swift and final: You have to have an abortion. Her mom went along with it too. It was a family decision, Shaylene told herself. But she felt utterly alone in the guilt and shame that came with ending her first child’s life.

At 18-years-old, her second abortion came after a drunken one night stand. She didn’t bother telling her parents, because she knew what to do, so she handled it alone. A friend dropped her off and picked her up.

At 19, she was engaged—and then pregnant again at 20. They wanted the baby, but tragically the father died, leaving Shaylene alone in her grief. Her father invited her to live with him if she would have an abortion. Still, she considered keeping the baby—that is, until the day she witnessed her friend’s baby stop breathing for a short time. Suddenly, the thought of caring for another human who might die on her watch sent her over the edge and back to the abortion clinic. Anger became her only companion as she lashed out whenever anyone tried to get close. Sometimes just a look would set her off, her words full of the poison that darkened her soul.

Immediately,  she moved to Las Vegas where her father (divorced from her mother several years prior) lived. She drank, dabbled in drugs, and at age 24, found herself facing her fourth unplanned pregnancy. Just as she had so many times before, she saw the situation as a problem that needed to be fixed. Abortion was the only way out she knew. So she made an appointment, and within days, another life ended. Drugs and alcohol numbed the pain of her past abortions, but the guilt wouldn’t let go—subconsciously sabotaging every attempt to better her life.

In time, she lost her almost seven year career as a portrait studio photographer and quickly found herself on the streets, homeless. The fighter that she was, she still had a car and she found ways to make money to support her habits, which ranged from giving people rides to trading her body for drugs. She was trafficked for sex, denying that was happening. In her mind, if she wasn’t paid in cash, it wasn’t prostitution.  By age 35, she had given up hope that life would ever improve.

During Shaylene’s years of wandering, her mom had become a Christian and a prayer warrior. Though she couldn’t reach Shaylene in her hardened state, she believed God could—so she asked Him to send divine help her way. One dark night, after the police had confiscated her car earlier that day, a van drove up to the curb as Shaylene was walking down the street. An arm stretched out of the window and handed her a flier for a local Christian women’s shelter. That small act of mercy changed the course of her life.

She found an abandoned apartment and flung herself down on the old mattress inside. She was tired of fighting. Tired of the misery. Tired of keeping everyone out of her life and out of her heart. Jesus wanted in, and He sat with her in that dismal place. As she repeated the prayer printed on the flier over and over again, the light and love of Jesus flooded her soul, healing her instantly from the chains of addiction to drugs and alcohol that had robbed so much of her life. In that moment, her life changed—her journey to wholeness had finally begun.

In the morning light, Shaylene found a payphone and called the women’s shelter first, and then a cousin to pick her up and take her to the bus station. The 8-hour wait passed quickly as she anticipated what lay ahead. Columbus Restoration Church in Ohio welcomed her with open arms and provided free food and housing, along with the structure of routine time in the Word of God. Through her time in Scripture, Shaylene reconnected with Jesus and the truth of who He said she was. Immediately, she asked God’s forgiveness for her abortions. She believed that God kept His promise to forgive her. So she tucked that part of her past into a box that no one, including herself, was ever allowed to open.

He knew His daughter needed deeper healing. So ten years later, when the time was right, He led her to participate in a prayer service at WDJC, a local Christian radio station. As she prayed for the host and her guest, she heard Cindy Harless share her own story of abortion and the way God healed her completely through a Bible study called, Forgiven and Set Free.

Shaylene knew God was speaking to her, so she discreetly asked Cindy for a card. At home, she prayed for direction and God revealed that she had actually lost five children to abortion, not four. She realized her miscarriage at age 42 was likely due to scarring from past abortions. She gave it all to the Lord, and He reassured her,  I am with you and I will be with you every step of this journey!

At the first Forgiven and Set Free post-abortion recovery meeting, she unleashed all the anger she held inside, certain she would shut down the conversation before it even began. It hurt deeply to open that sealed box of secrets. But Jan, her facilitator, unphased, took the pain in stride because she had been there herself. With patience and understanding, she discipled Shaylene, showing her the tremendous love of her Heavenly Father. In time, she finally learned the truth: I am His daughter! I was chosen! He has not rejected me! I am beautiful! And most of all, I am loved! He died for me! And God’s truth set her free.

There was a way out of pain and suffering, of misery and sadness. But it wasn’t the quick fixes she had used in the past. Those had only deepened her darkness. Jesus was The Way of escape, paving the way out of isolation and shame with His relentless love and grace. Instead of stuffing away her pain, she risked bringing it all to Jesus who healed each one as He revealed the personalities and names of each of her children who she would one day meet in Heaven.

Today, Shaylene counsels at her local pregnancy center, speaks at fundraisers and churches, and co-facilitates Forgiven and Set Free recovery groups herself. Recently trained through Making Life Disciples, she is also seeking to engage her church with the need for other members to circle around the women and men in her congregation who are facing unplanned pregnancies or who have also been hurt by past abortions. No longer controlled by anger and fear, Shaylene is now bringing freedom to others through the forgiveness and love of Christ.

So do not fear, for I am with you;
do not be dismayed, for I am your God.
I will strengthen you and help you;
I will uphold you with my righteous right hand.
Isaiah 41:10